14 Fastest Cars of the ’70s You Probably Never Heard of 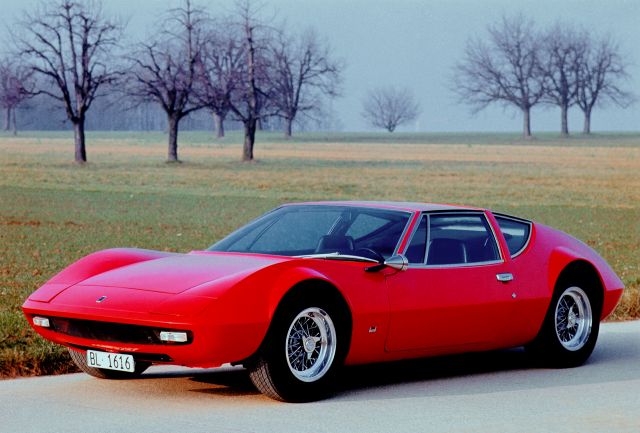 Monteverdi was a Swiss manufacturer of high-end coupes and limousines. It became popular thanks to its elegant creations featuring, German quality, Italian styling and American engines. All models featured Chrysler engines which provided the raw power those European manufacturers of the period lacked.

After a line of beautiful Gran Turismo coupes, Peter Monteverdi, owner of the company decided to enter the supercar market. He wanted to produce a car with a rear-mounted Chrysler engine, low-profile body and high performance. The new model, called the Hai 450 SS was introduced in 1970. It featured a completely new chassis, body and had the famous Hemi 426 V8 engine in the back.

Monteverdi wanted the most powerful engine Mopar had to offer and in 1970, that was the mighty hemi engine. The car was called “Hai” which is a German word for shark. The 0 to 60 mph time took only 4.5 seconds, making it the quickest car of the era.

Despite delivering 450 HP and a superb performance, they presented the Hai 450 SS just as the automotive industry was sliding into recession, so buyers were hard to find. Eventually, one model sold at a high price and later, they produced two more. The decision to retire this model was also forced by Peter Monteverdi`s concern for customers. This car was so fast and aggressive, it became dangerous.

The 70’s were transformative for the U.S., and the cars of that era reflect that. Thanks to innovations of that decade, today’s cars are faster, safer and more efficient.