Even if you don’t know anything about music, you probably have heard about the legendary Elvis Presley. As the King of Rock and Roll, he was one of the most influential, bestselling artists of the 20th century. In fact, Elvis is a cultural icon whose significance lasts to even today, some 42 years after his passing. An accomplished musician, actor, and showman, Elvis was of the people who started the whole rock and roll thing in the early ’50s.

And he went on to become an idol to millions of people worldwide. However, not a lot of people know that Elvis was an avid car collector. In fact, he had the unusual habit of buying cars and gifting them to his associates, friends and even random people on the street. Because his brand of choice was the Cadillac, he owned more than 100 Cadillacs during his lifetime.

Most interesting of all is that Elvis didn’t drive all of them. He just paid for some and gave most of them away. However, besides his extensive collection of Cadillac cars, Elvis owned numerous other interesting automobiles that are as legendary as their owner. So keep reading to learn lots more about 20 of the most legendary machines Elvis Presley owned. 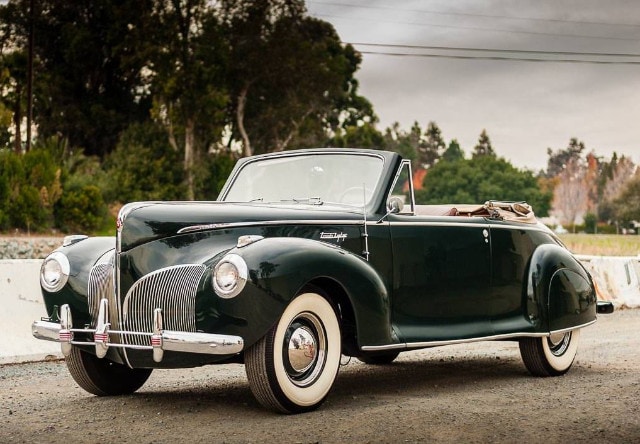 In the early ’50s, Elvis bought his first car, a 1941 Lincoln. But back in those days, Elvis was a truck driver. He never thought he would have a career in show business, so a second-hand Lincoln was all he could afford. The car wasn’t reliable, so as Elvis later told reporters, “He pushed this car more than he drove it.” 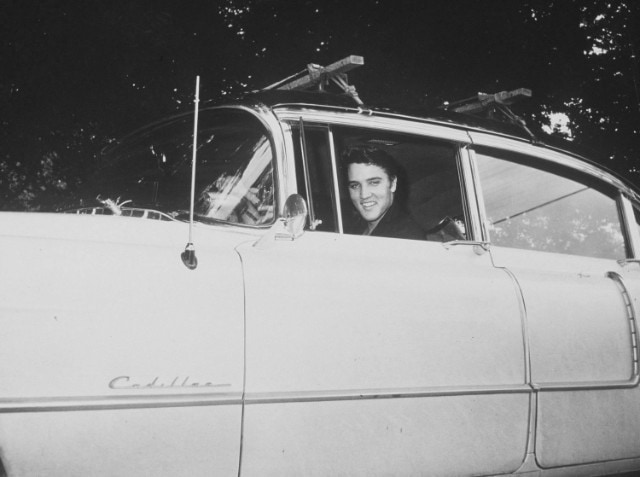 In June 1955, Elvis and his band bought a pink 1954 Cadillac Sedan, which was noticeable due to its eye-catching color. But soon after the purchase, the car caught on fire and burned to the ground. Thankfully, Elvis and his girlfriend managed to escape unharmed. 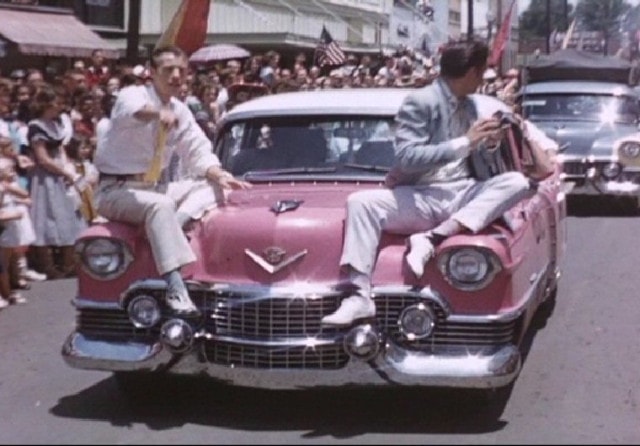 After that unfortunate fire incident, Elvis went back to the Cadillac dealership and bought another Caddy. But this time it was the bigger Fleetwood model, which could carry all of his band members and their equipment. Also, the car was pink, so later, Elvis gave it to his mother as a gift. 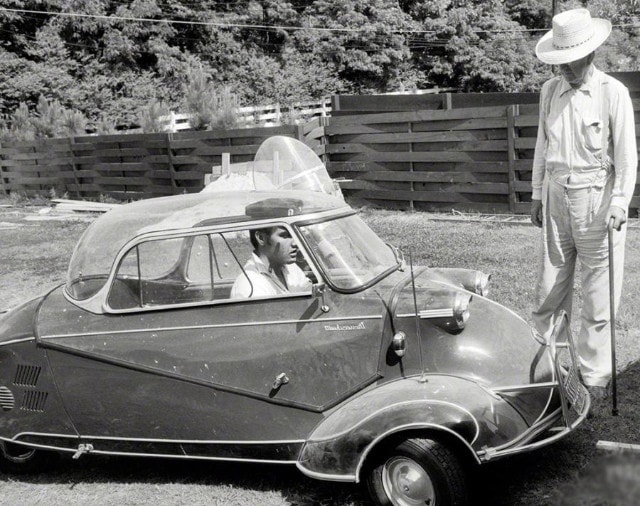 Although this tiny car with just two seats and a 191cc engine doesn’t exactly fit his taste in cars, Elvis bought one while on a crazy shopping spree in the mid-50s. It is unclear where the car is now or whether he drove it, but the photo is proof that Elvis bought a Messerschmitt KR200. 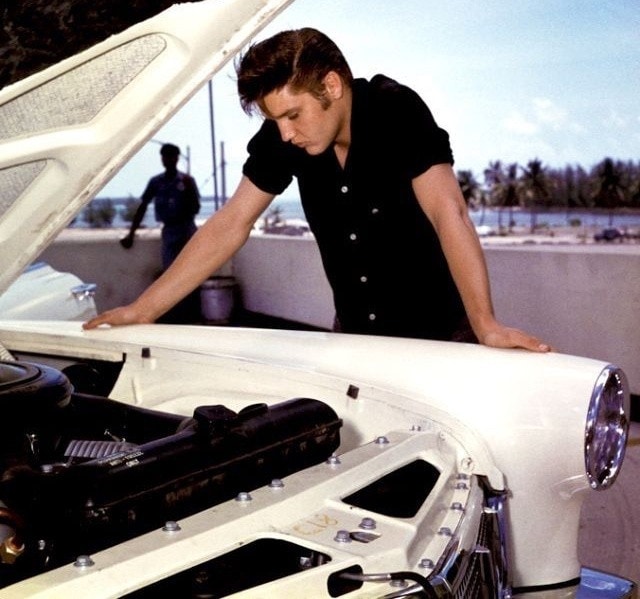 The introduction of the Continental brand and their highly luxury Mark II in 1956 inspired Elvis to buy one for himself. That year, he bought several Cadillacs and a Lincoln Premiere sedan, but the Mark II was his personal favorite. He specially ordered the car in white, using it for several years. 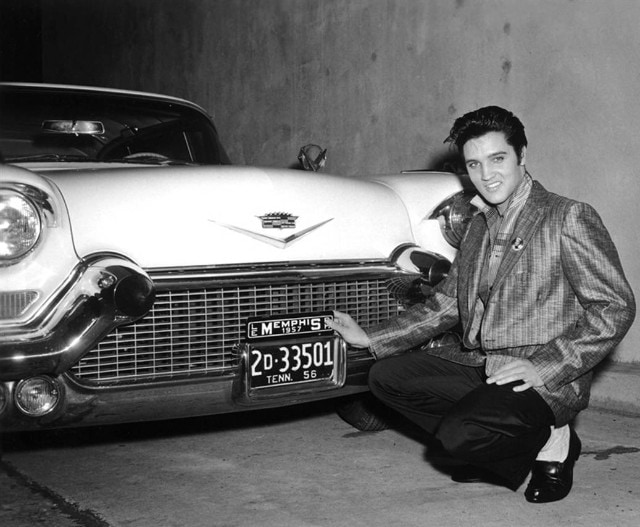 Despite buying luxury sedans and pink limousines, Elvis treated himself to the new 1957 Cadillac Eldorado. It was just one of several Eldorados he owned. He had a 1956 Eldorado, so when the 1957 models were available, he bought a new one. 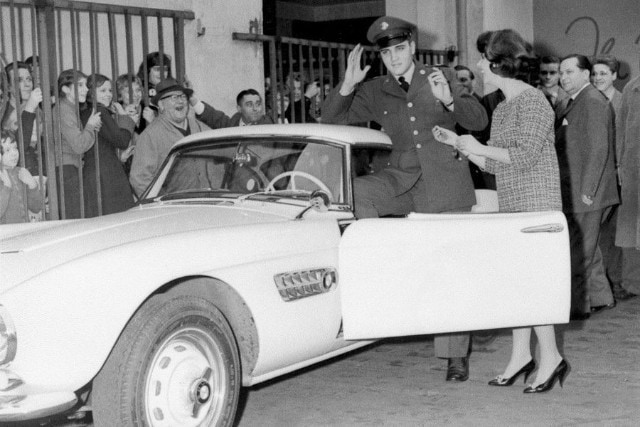 In the late ’50s, Elvis entered the U.S. Army forces and went to Germany. He was already a world-famous star when he enlisted in the Army, so his treatment there was a bit better than the rest of the soldiers. When he got to Germany, his first car was a VW Beetle, but he soon leased a white BMW 507 Roadster.

Since Elvis wasn’t good with a manual transmission but loved the lines and performance of the 507 Roadster, he traded his white one for a red 507 with an automatic transmission. 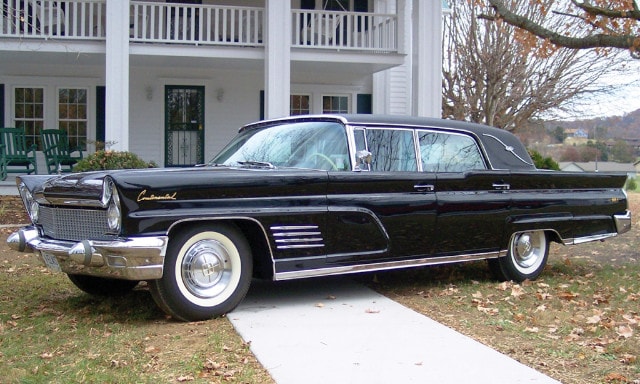 While still in the Army, Elvis ordered a special 1960 Lincoln with several custom touches for them to deliver to Germany. It was a formal sedan with privacy glass, two separate air-conditioning units, and many other special components. His reason for purchasing this car was that Elvis was chauffeured around during most of his stay in Germany, so he needed something appropriate. 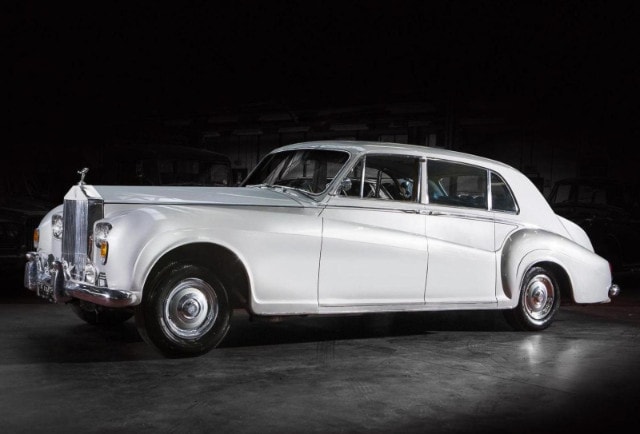 Immediately after his discharge from the Army, Elvis signed a new contract. So, he treated himself to a new car, which was a top-of-the-line Rolls Royce Phantom V. The car was the most expensive luxury limousine money could buy in 1960.

They delivered the Phantom straight to Graceland. This is not the only Rolls Royce Elvis owned, but it was his first. Elvis must have liked the Rolls because he bought a Silver Cloud shortly afterward.

For touring purposes, Elvis bought a 1960 Fleetwood Series 75 Limousine in 1960. Immediately, he sent it to his customizers for special treatment. The car was white with gold accents and had a posh fur interior. Also, it had a special opera window on the rear of the car and a sound system with a TV inside. Interestingly, Elvis and his crew used the car for several years. 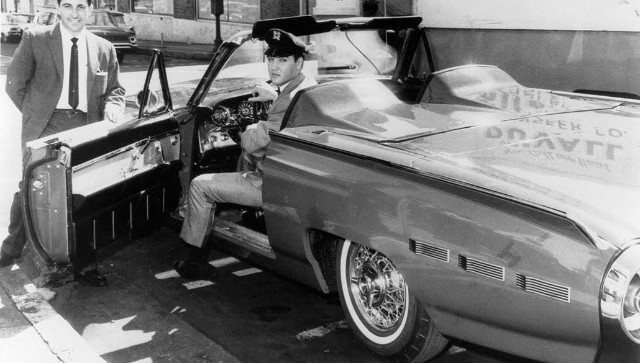 Presley was an impulse shopper, especially when it comes to cars. So, it is not strange that he bought a 1962 Thunderbird Roadster as soon as he saw one at his Memphis area dealership. In 1962, the Thunderbird was one of the most interesting American luxury models with its rocket-inspired styling and powerful engine. 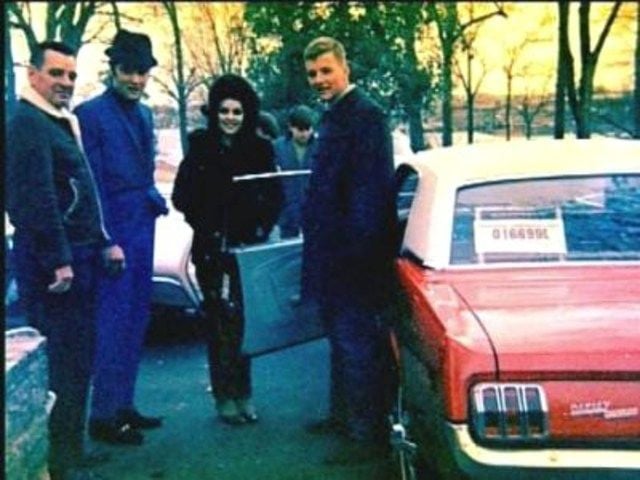 Even though the Ford Mustang was an economy car that flew under the radar of Elvis’s expensive tastes, he owned one for a short time. In fact, Elvis bought a red coupe, but shortly after that, he gave it away to his brother-in-law. 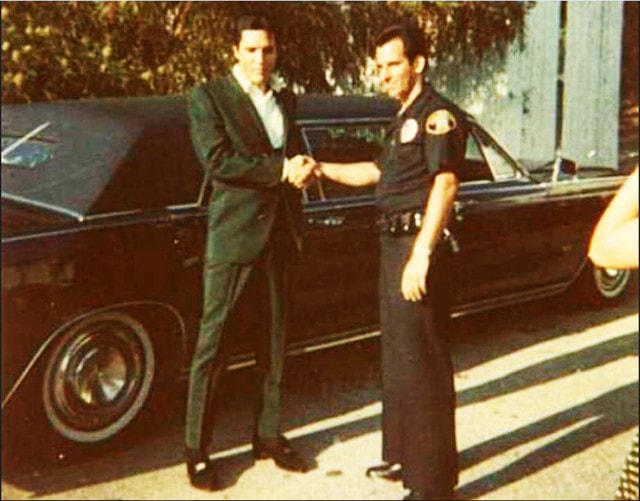 In the late ’60s, one of the most exclusive limousines you could get was Lincoln’s Executive model the Lehman and Peterson company built. They based those cars on the regular Continental series but modified them according to their customer’s wishes. Of course, Elvis had to have one of those, which he often used while he was in the LA area in the late ’60s. 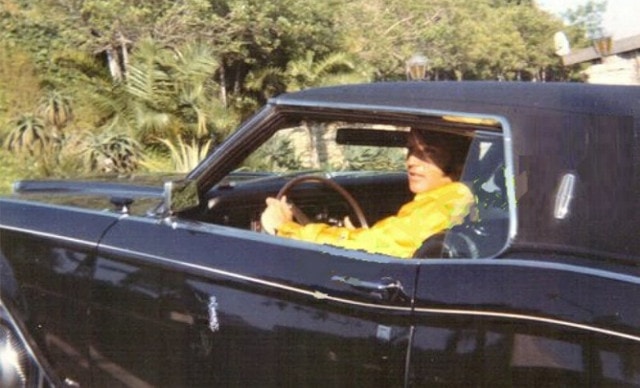 In that period, it looked like Elvis started to prefer Lincolns over Cadillacs. So, in 1969, he purchased the new Lincoln Mark III coupe, which was one of the finest personal luxury cars of the period. The car, along with many of his others, was stationed at his Beverly Hills mansion where he stayed while in California. 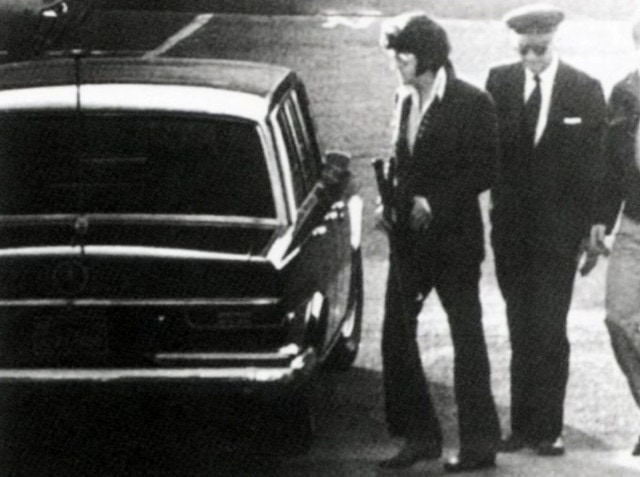 One of the rarest European luxury sedans was the legendary Mercedes 600 Elvis bought in 1970. In those days, the Mercedes 600 was the choice of dictators, world celebrities, and most famous rock stars, so naturally, Elvis got one for himself. Although the car had California license plates, fans often saw it during his days in Las Vegas. 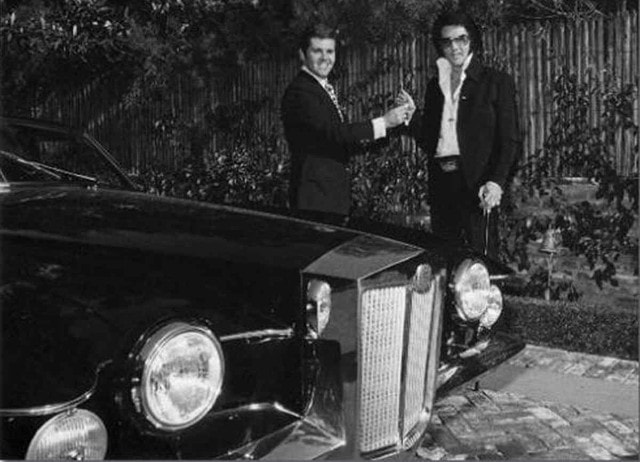 The early ’70s saw the re-birth of one of the most iconic American brands, the Stutz. They discontinued the company in the ’30s, but Jules Meyers, an investment banker, revived it. The ’70s Stutz models were coupes they built on a Pontiac Grand Prix base. Also, they fitted it with special, retro-inspired bodywork and numerous extra features.

Of course, Elvis was more than interested when he saw the car. In fact, Elvis owned four of them during his lifetime, although some sources say that he had five Stutz Blackhawks to his name. 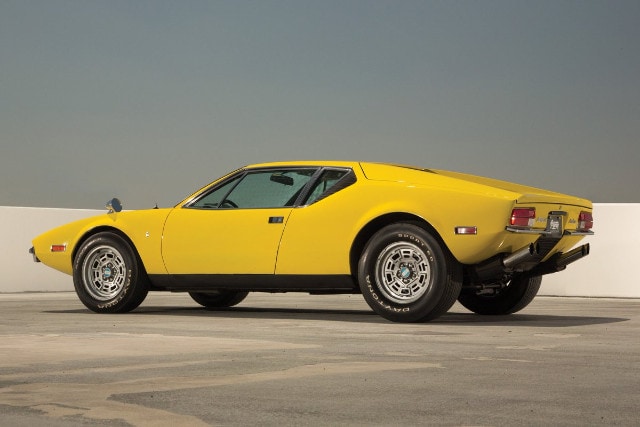 Elvis preferred luxury coupes and limousines, but he owned several sports cars. And, one of those was a yellow De Tomaso Pantera he got in the early ’70s. The car became famous because Elvis shot it several times since it refused to start and he got angry. The yellow Pantera is in a private collection today. They left the bullet holes intact as a testament to Elvis’s sometimes strange and erratic behavior. 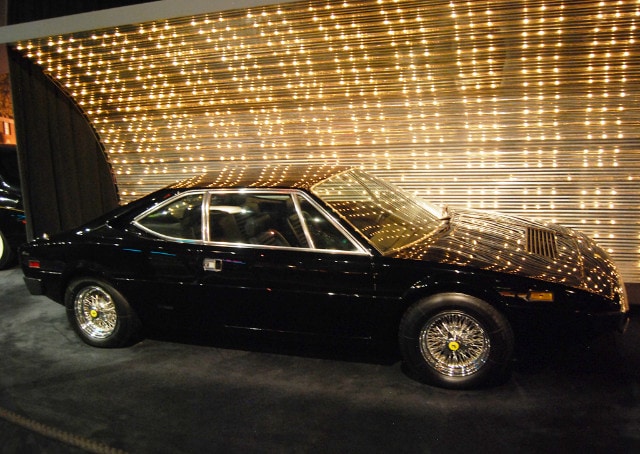 One of the cars visitors can see at Graceland is the black Ferrari Dino 308 GT4 Elvis purchased in 1975. The car was his first and only Ferrari, but he rarely used it. During his last years, due to his weight problem, Elvis preferred more comfortable, spacious models and personal luxury cars. 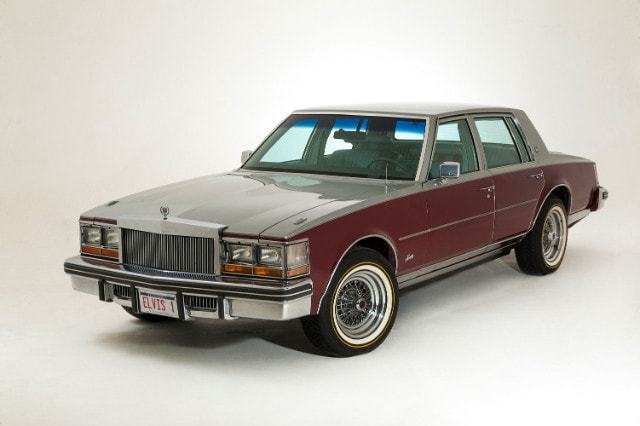 The two-tone 1977 Cadillac Seville was the last Cadillac Elvis bought shortly before he died in 1977. At first, the Seville was a down-sized Cadillac. And, even though it was a Caddy, some buyers regarded it as not as good as those regular full-sized models from before. However, Elvis bought it and loved it, so it means the Seville is a true Cadillac from bumper to bumper. 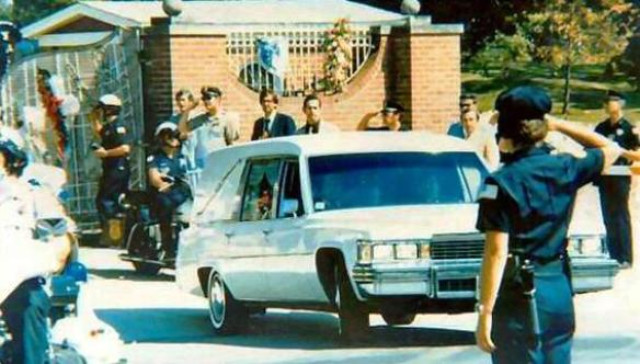 The last Cadillac Elvis rode in was a 1977 Miller-Meteor Hearse, which they used in his funeral procession. The white hearse was at the front of the long motorcade of white Cadillacs, police bikes, and other vehicles. It was the appropriate way to say farewell to the King of Rock and Roll as well as one of the biggest car enthusiasts in popular culture.

These were 20 of the best cars the legendary Elvis Presley owned back in his heyday. Which one is your favorite? Be sure to view some of these cars the next time you visit the infamous Graceland.