Mercedes 600: The Missing Link Between Celebrities, Dictators and Rock Stars

If you ever watched old movies, TV shows and news reports, you probably noticed the big, long and often black Mercedes as part of parades, movie premieres and celebrity receptions. That Mercedes may look familiar with its signature grille and front fascia, but it is much bigger and flashier than anything you see on the street. That car was the Mercedes 600, chassis code W100, and there is a good reason why you didn’t see it on the road.

The 600 was an ultra-luxury, custom-made and extremely expensive limousine suited for most discriminating customers, wealthy dictators and movie stars. Mercedes presented the 600 in 1963, and it was the most ambitious project the company ever attempted. The goal was to create the best luxury car in the world. Soon, the car public all over the world knew that Mercedes managed to do just that.

Mercedes filled the 600 with technological marvels, a big powerful 6.3-liter V8 engine, and top of the line materials. It was a hand-built masterpiece of engineering, opulence and luxury. But they discontinued the 600 in 1981 after building over 2,500 of them. The car proved to be a tremendous success, especially because each one cost a small fortune to own and maintain.

Over the years it became synonymous with wealthy people of taste and knowledge. Also, it was the favorite transportation of dictators, celebrities and rock stars all over the world. So, today, you will learn the story of the Mercedes 600 through some of its most famous owners. 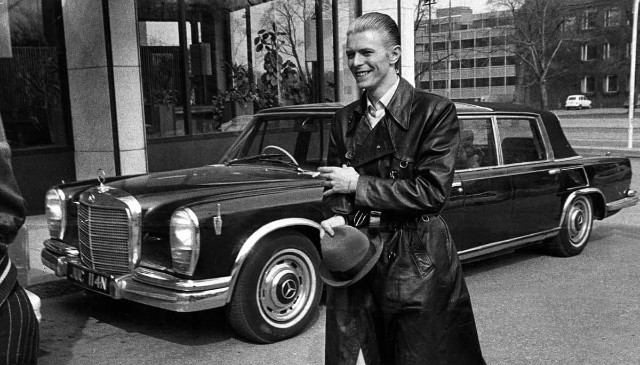 David Bowie, the legendary British musician was never a car person. He didn’t own many flashy cars or entered car shows. However, at the height of his fame is the early ’70s, Bowie bought the special Landaulette version with a removable back portion of the roof. And because he used the car often, it can be seen in many of the period’s promotional shots. 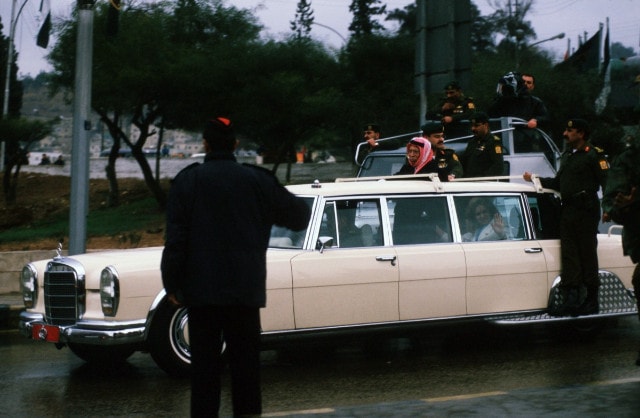 As many Mideastern leaders, Hussein King of Jordan owned a Mercedes 600. He used it for several decades, but the car was special since it was white. Also, it had side-mounted platforms for the members of secret service to stand while driving. 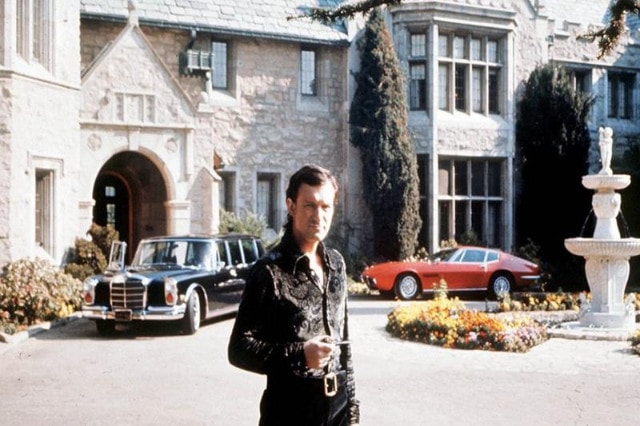 The famous owner, editor, and publisher of Playboy magazine owned a black Mercedes 600, which he used regularly during the â€˜70s. Hefner was known to drive sports cars when he was alone, but if he had company, then the Mercedes was his choice. You could also see his car could in many promotional Playboy photos in the late â€˜60s and early â€˜70s. 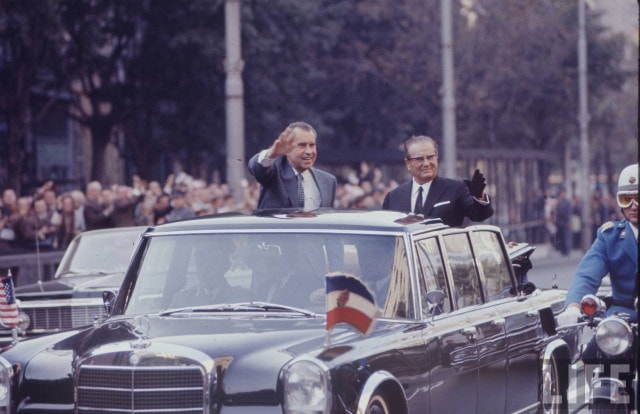 The lifelong president of ex-Yugoslavia, Josip Broz Tito was one of the most famous owners of the Mercedes 600. Tito’s protocol owned six examples, several with the four-door configuration and a couple of six-door versions. They often used the cars when Tito received visits from foreign dignitaries. 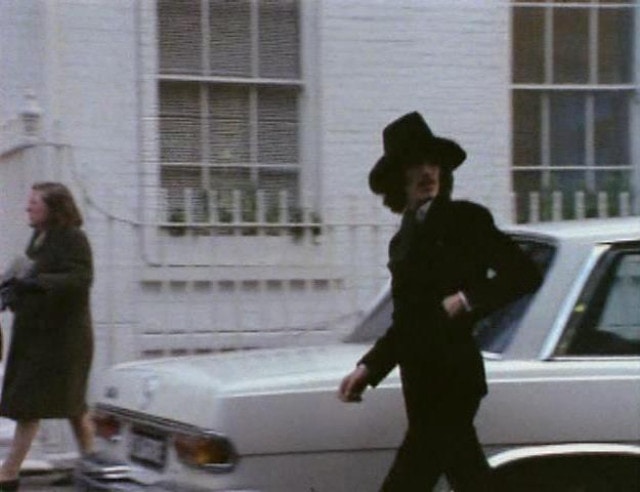 The Beatles were the biggest band on the planet in the late ’60s. And among the four guys from Liverpool, George Harrison was the biggest car nut. He owned several interesting machines and in 1969, he bought a white Mercedes 600 in the four-door configuration. He used the car often, selling it in the ’70s. 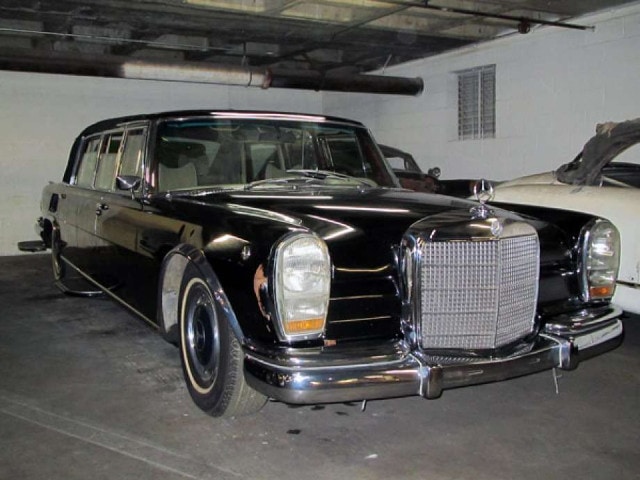 You couldn’t be a proper dictator if you didn’t own at least one Mercedes 600. That is why Saddam Hussein owned several. Some came with unknown whereabouts and one is now in America waiting for restoration. 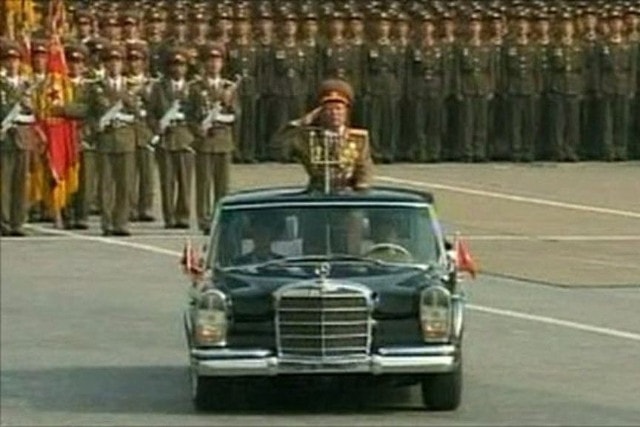 Even though the Mercedes 600 was a proper imperialist car, the communist leaders weren’t immune to its charms. That is why the legendary Chinese leader, Mao Zedong and Chen Yi, his foreign minister often used one black 600 with six doors to show that capitalist goods couldn’t change their socialist minds.

When you talk about Elvis Presley’s cars, the first thing that pops into your mind is his numerous Cadillacs. But, the King also owned at least one Mercedes 600. His entourage bought the car in the ’70s, often using it when Elvis was in Las Vegas. 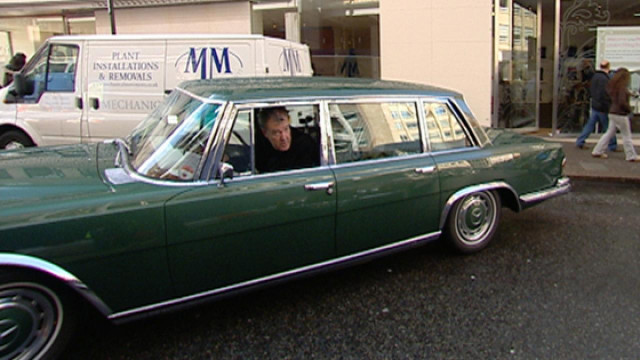 Famous British TV presenter, Jeremy Clarkson is in one of the exclusive circles of Mercedes 600 owners. He owns a dark green example that appeared in one episode of the Top Gear TV Show. As a big car expert, Clarkson often stated that the appeal of Mercedes 600 is just too strong to ignore. 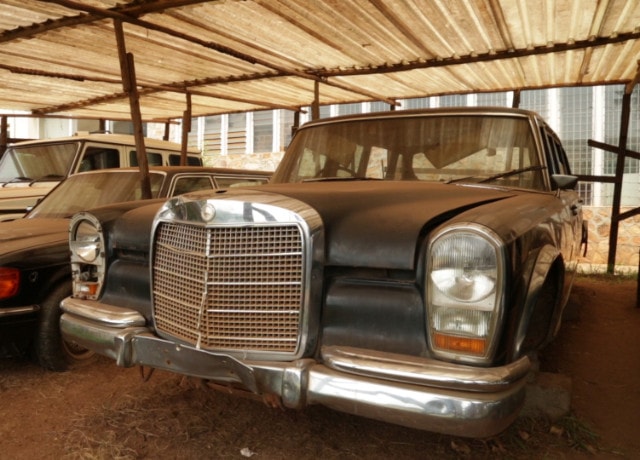 One of the craziest African dictators and typical Mercedes 600 owner was the Uganda president, Idi Amin Dada. He was not only a blood-thirsty warlord but also an iron-fisted leader. Rumors were he killed and ate his political opponents. Of course, he enjoyed his 600 a lot, but today, his cars are in a sorry state. 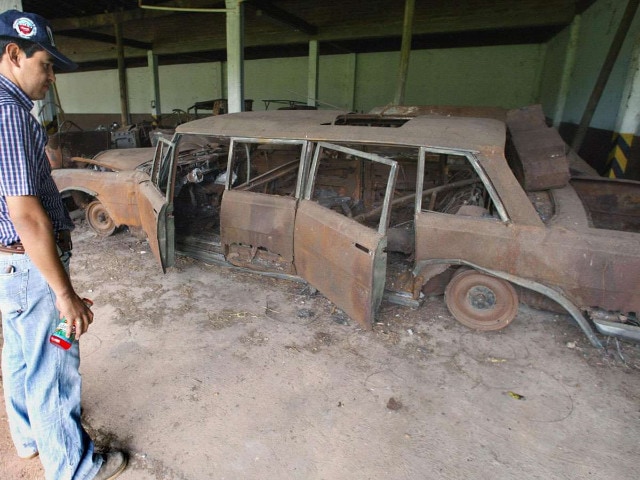 The infamous Colombian drug lord, Pablo Escobar was a man of incredible wealth and passion for cars. When he was younger, Escobar drove race cars. But, later he concentrated on his car collection that he kept in his villa. Among the cars he owned, there was a black Mercedes 600. However, the car is in extremely poor shape after it burned during an attack by a rival drug cartel. 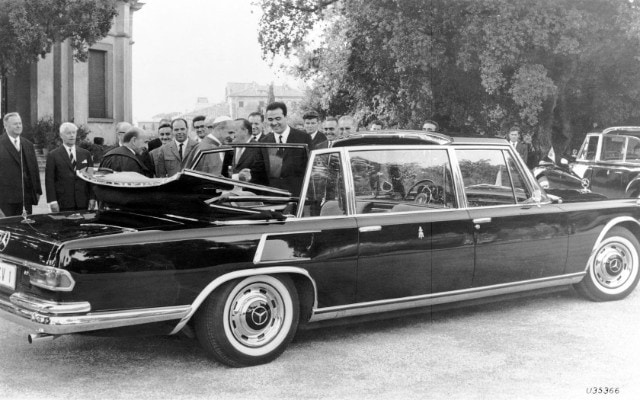 The allure of the Mercedes 600 was too strong, even for the Catholic Church. In fact, Pope Paul VI was the proud owner of one specially customized 600. The Pope Mercedes 600 had a single seat in the back for the Pope to sit or stand on when addressing the crowd. As all Popemobiles registered in the Vatican, this one also had the “SCV I” license plate. 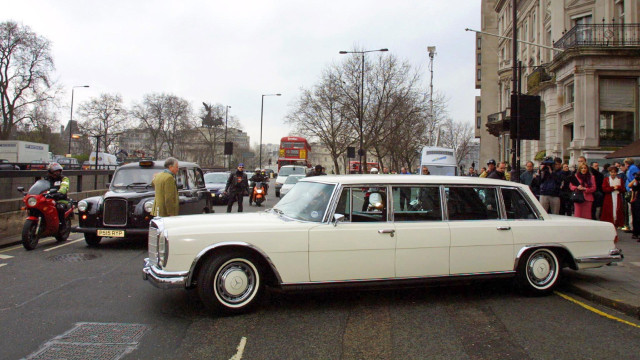 George Harrison wasn’t the only Beatle, who owned a 600. Shortly after his purchase, John Lennon bought a 600 as well, but the longer wheelbase version. Lennon and Yoko Ono often used the car, which fans could see in several promotional videos. Today, that white 600 is a well-kept part of his big classic car collection. 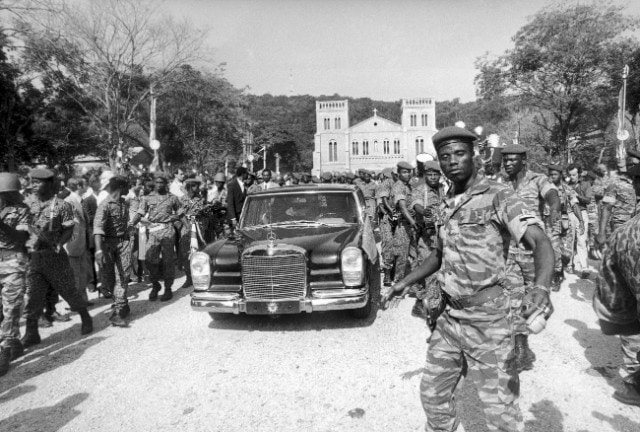 Bokassa was the dictator and self-proclaimed emperor of the Central African Republic, one of the poorest countries in the world. However, that didn’t stop him from living in obscene luxury and buying expensive cars. Of course, he was one of the best Mercedes customers in that part of the world and loved his 600. 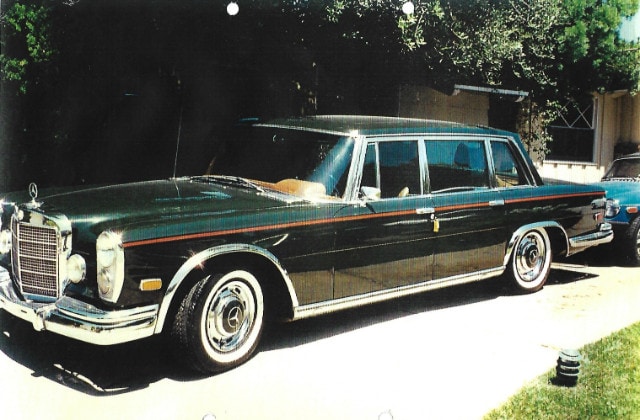 As one of the biggest movie stars of all times, Elizabeth Taylor owned many interesting, rare cars during her career. Apart from the special Continental Mark II from the ’50s, her favorite car was a black 600 with tinted windows and an interesting red stripe on the side. It is rumored that she drove the car herself and enjoyed the power and opulence of big Benz. 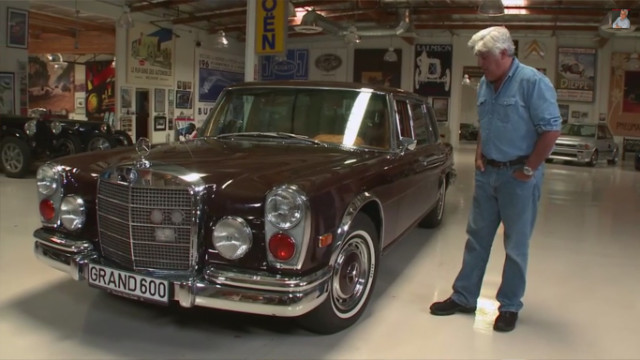 The Jay Leno car collection is a wonderland for car enthusiasts since the famous TV host owns some of the coolest cars on the planet. As expected, he owns a brown Mercedes 600. However, the standard 6.3-liter V8 was too slow for Leno, so he installed a supercharger to create the only supercharged 600 they ever built. 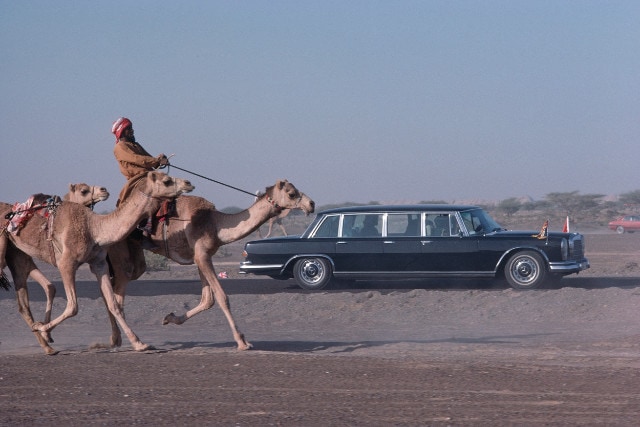 As the Queen of England, Elizabeth the Second and her protocol always used British cars. However, during several visits, especially in the Middle East, she used a special Mercedes 600. In fact, it was rumored that she bought that example. Even if this is not true, it just shows that the Mercedes 600 was so good, even the Queen forgot about the Rolls Royce and Bentley. 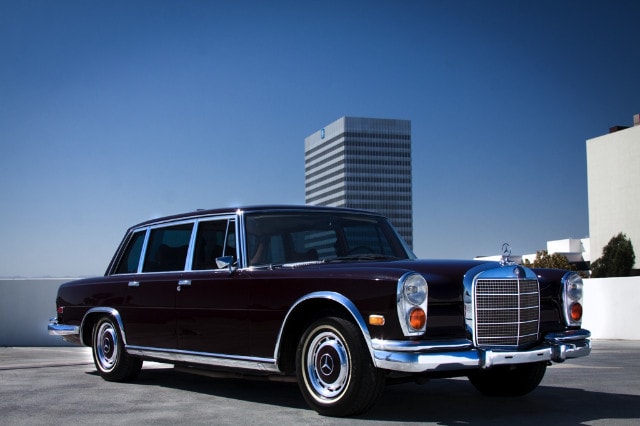 The famous Hollywood actor, Jack Nicolson is one of the proud owners of a Mercedes 600 limousine. He acquired the car sometime in the ’70s, even using it in one of his movies. Nicolson described it as the best car to cruise LA’s boulevards with his female companions and a bottle of scotch. 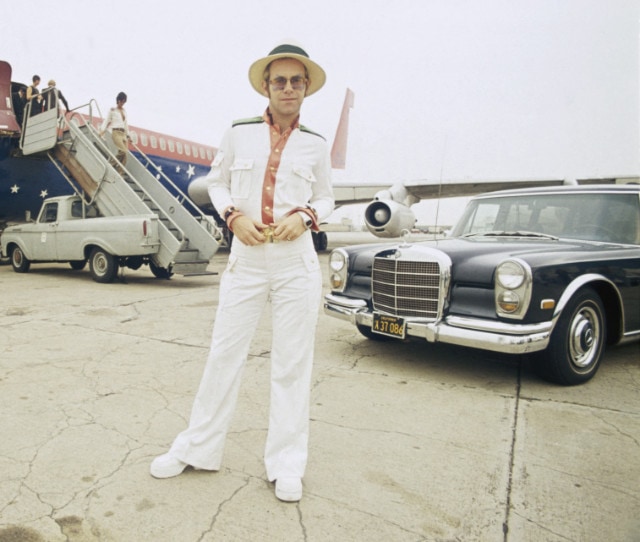 As one of the most flamboyant rock stars ever to grace the scene, Elton John has a pretty wild taste in cars. As a loyal British patriot, his favorite cars were Rolls Royces, but during the ’70s, he owned a Mercedes 600. Rumor was the car followed him on tour and he only wanted to ride in it, not in the other limousines the concert promoters provided. 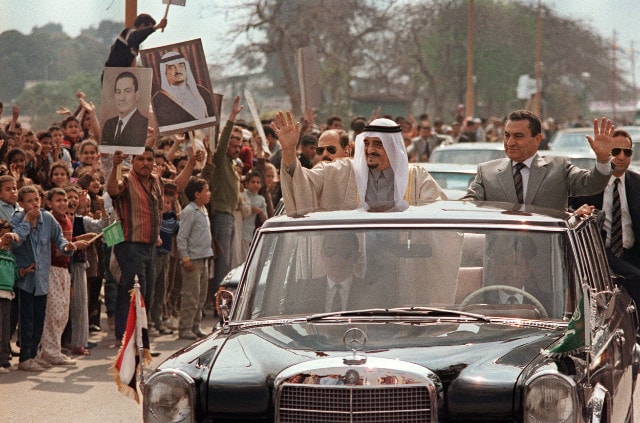 Former Egyptian president Hosni Mubarak was one of the prime political figures of the North African and Middle Eastern region. As one of the world’s most prominent politicians, he needed a car for numerous visits. So what was better than a fleet of Mercedes 600s?

This list was all about the famous Mercedes 600. A missing link between celebrities, dictators and rock stars, it is still a symbol of opulence to this day. No matter what country they live in, the rich and famous love this car. And that is a true testament to the quality and looks of this classic vehicle.