The original Ford Mustang is the car that birthed the pony car phenomenon. But it would appear this owner took the word pony a little too literally. The car is themed after a unicorn. The giant hood horn and the sparkling paint job are only two of the outlandish things done to this car. The tail on the back of the car adds some sort of aerial performance to a car that didn’t need anything. 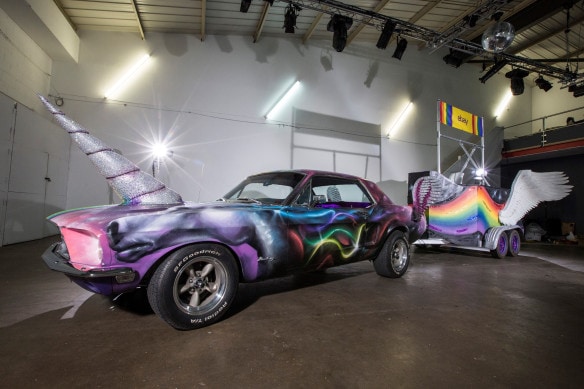 The owner took a classic and made it into a travesty of all mustangs. The car does not have any sort of redeeming value, and the owner is probably one of few who likes this car. But if you have a thing for unicorns this might be the perfect sports car for you.