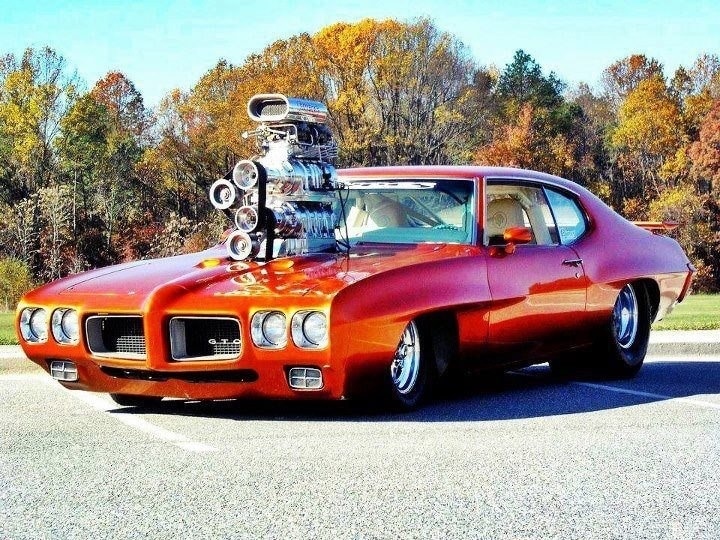 Driving a modified car is certainly a fun thing to do. But there are certain times when vehicle owners will take mods too far. The muscle car era, in particular, influenced a huge amount of mods, from off-the-wall spoilers to rims that are too big for the vehicle.

The amount of mods drivers can add is endless, which is why a lot of muscle car owners take it too far. The lengths to which owners will go to customize a vehicle is astounding. There’s a market for over-the-top customization that might make many car fans scratch their heads in disbelief. So today we’re going to take a look at some of the cars that went too far below. Some of these even have too much flash for auto fans in a midlife crisis.

We’re not sure what the owner was thinking here, but wow. This particular Mustang has been mutated into an early 2000s-era tuner car. It looks like the birth child of “The Fast and the Furious” and a muscle car swap meet. With a style design that you’d expect out of a child artist, this Mustang doesn’t even remotely resemble the original 2000s generation “Edge” Ford Mustang. In addition to the white horse head that’s sticking out of the hood, the car lacks any originality. We’re not sure what exactly the owner was thinking here.

The New Edge Mustang was one of the most popular cars of the new millennium. And the fact that someone decided to create this monstrosity is interesting enough. The Mustang nor the Integra ever shared any share of a market, so we’re not sure why someone would want to combine two different cars. This might be what happens when you have spare parts left over and decide to learn fabrication.