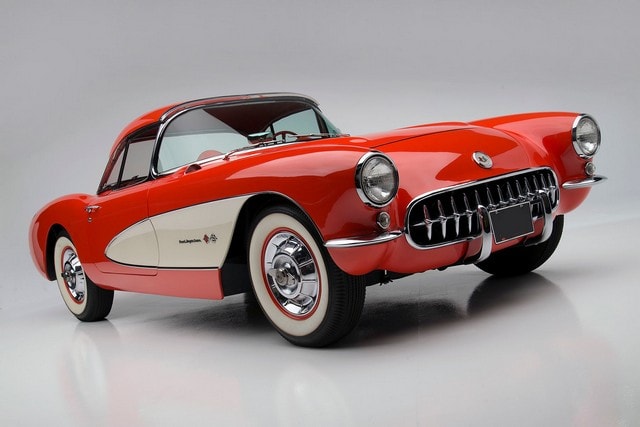 The automotive public was amazed by the first Corvette, so the initial reactions were positive. The car was attractive and the price was reasonable yet still, sales were slow. In 1954, Chevrolet made only 3,640 cars and almost a third was unsold by the end of the year. The Chevrolet management even considered pulling the plug on the Corvette project since the sales were far below their expectations.

What was the problem? Apparently, the problem was a lack of power. The straight-six simply couldn’t deliver enough grunt and performance to interest true speed lovers. So for 1956, Chevrolet introduced a new design as well as a new engine, a 4.9-liter V8 delivering 195 HP. And that was a significant increase over the six-cylinder, which wasn’t available anymore.

The person responsible for a V8 in the Corvette was Belgian-born racer and constructor Zora Arkus Duntov. People often referred to him as the “father of the Corvette.” He was working at Chevrolet at the time and knew the Corvette had big potential, but it needed the right engine. So, he pursued the management to install a V8, although Chevrolet was close to killing the project.

His vision proved successful and the Corvette got the final piece of its puzzle, a V8 engine. And along with its low weight, it proved to be the winning formula for performance. Also, when the sales started improving, it was enough to convince Chevrolet to keep the Corvette in their lineup.