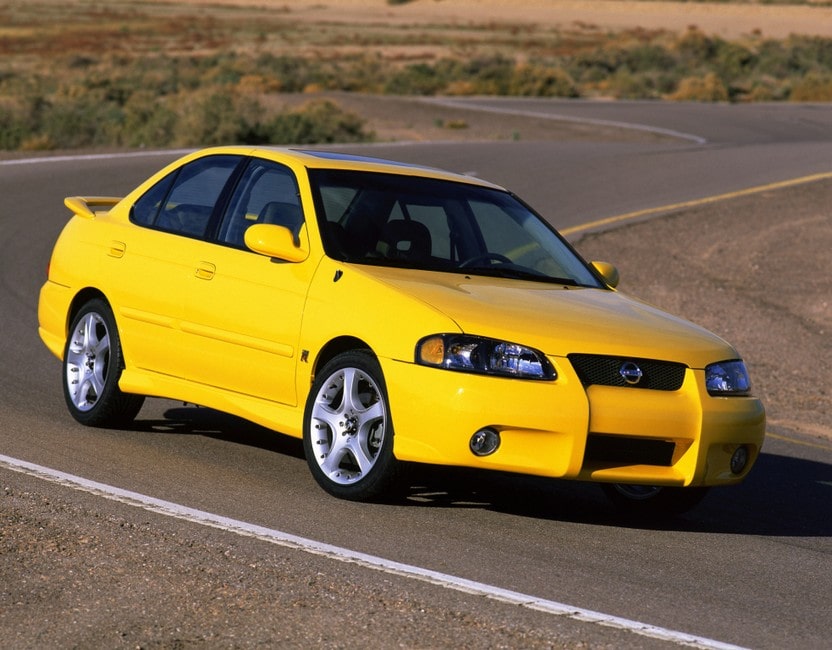 The Sentra SE-R was one of the most surprising economy cars from the early 2000s. It featured a 2.5-liter four-cylinder engine and a six-speed manual transmission. The engine delivered 175 HP to the front wheels. From the outside, the Sentra looked as ordinary as any other economy compact. But when the driver pressed the gas, this little sedan could accelerate from 0 to 60 mph in just 6.9 seconds, embarrassing many pricier cars. Since it was affordable when new, it’s inexpensive now. Be sure to look for cars in the 2004 to 2006 model years. Even new, the Nissan Sentra didn’t get much attention on the streets since it looked like other economy sedans. However, today, many people are amazed by its performance.

Since the Sentra is a front-wheel-drive car, it doesn’t provide great handling compared to some other cars on this list. However, the Sentra SE-R still handles well. It also has decent brakes and steering. The Sentra is a relatively modern, high-optioned compact, too. You can get power windows, air conditioning, ABS brakes, and a leather-trimmed interior. The Sentra SE-R has a growing fan base and is bound to be a classic someday, so purchasing one now could be a wise move.