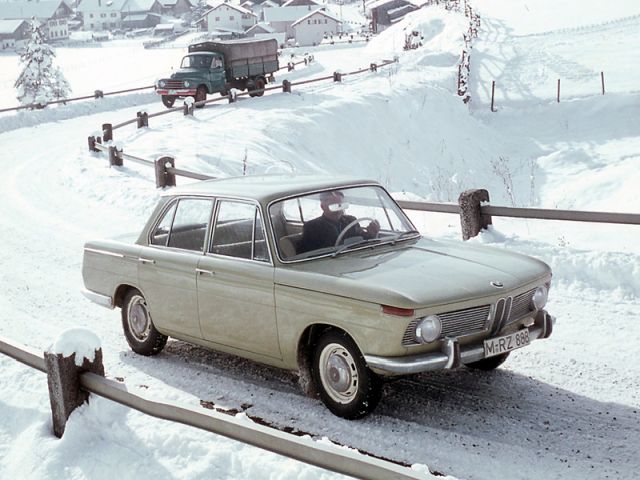 Just like Mercedes-Benz, BMW was in a terrible financial situation after the Second World War. With their facilities destroyed, they relied heavily on the BMW 502. It was a luxurious limousine that struggled to find customers in the post-war years. And like Mercedes-Benz, the Bavarian company had a plan to conquer the American market with its big V8-powered GT coupÃ©s and convertibles. However, with no strong racing heritage, the 503 and 507 caused more harm than good, leaving BMW with an even bigger debt.

The first chance of getting out of financial problems came with the Isetta, a license-built microcar, but the true savior was the Neue Klasse series of models. BMW introduced it in 1962. The Neue Klasse consisted of performance-oriented, affordable and cleverly-designed sedans that put BMW back on their feet.

The most popular of them all was the E10, commonly known as the 02 Series. Emerging in 1966, this nimble two-door sedan offered unmatched handling and a lively performance. It came at an affordable price, making it a market hit in Europe and the United States. The E10 started its life as a 1.6-liter powered car. However, with the addition of a two-liter engine, it became the quintessential enthusiast’s car.

It was also the basis for the upcoming 3 Series, the most popular BMW model to this day. The sales of the 02 Series enabled BMW to expand its lineup to the more exclusive E3 and E9 sedans and coupes. It also rebranded the company, thanks to numerous wins in rallies and circuit races throughout Europe.