Founded in 1913, Aston Martin has become a global icon . Renowned for their luxurious and performance cars, Aston Martin first hit the big time in 1964. Featured in the James Bond flick Goldfinger, the Aston Martin DB5 was a big hit.

The headquarters of Aston Martin are on the site of a former RAF base in Warwickshire, and that’s about as British as it gets. The DB11, Aston Martin’s most recent offering, is now being used to test the next generation 2018 Vantage. 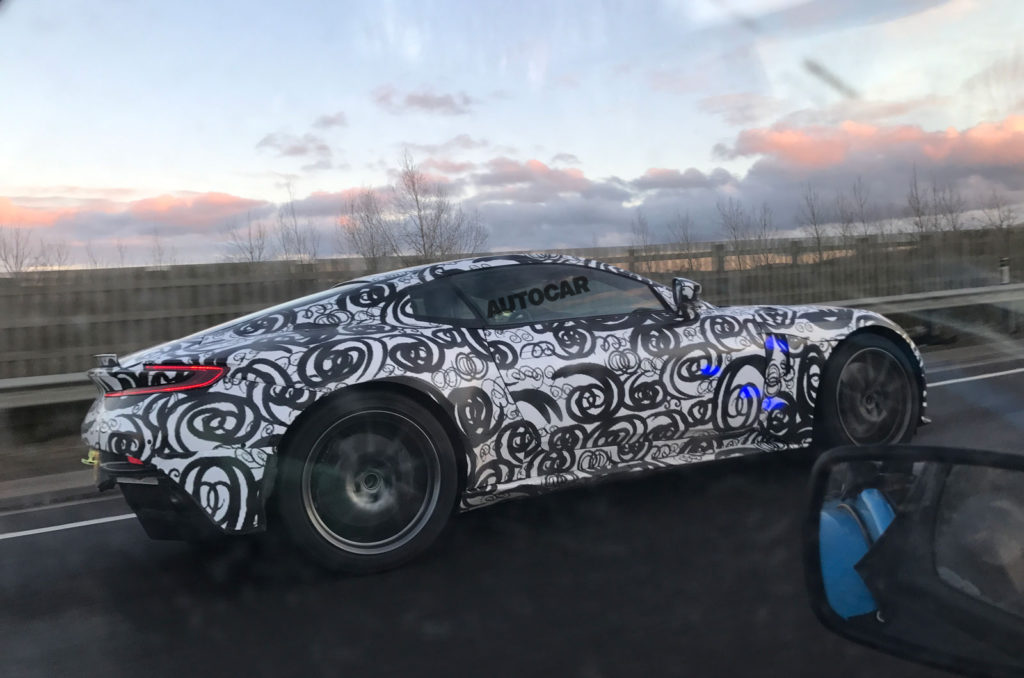 Although the V12 option will also be available, the new technology for the Aston Martin 2018 Vantage is being tested with a V8 lump. It’s the Mercedes twin turbo AMG lump that you’ll hear roaring in the following video.

Upgraded bonded aluminium bodywork and advanced suspension were on test under the ‘old’ body style Vantage. Watch the video below:

That engine sound is something else!

The six-speed manual or semi-automatic gearbox is expected to be available in the vantage. Rest assured the Mercedes AMG engine is being used as part of the collaboration between the two brands, and isn’t expected to come with the AMG software, rather Aston’s.

Here’s some more as per Autocar:

Obviously the car is still some way off from being officially revealed, but insiders think it could make its debut late this year before arriving on British roads in 2018.

The new Vantage will come as part of a new model blitz from Aston Martin, in which all of its key cars, including the Vanquish and Rapide, will be refreshed with new models and joined by an all-new DBX SUV and Lagonda. There will also be a convertible version of the DB11, called the Volante, which is the car seen testing alongside the V8 Vantage in earlier pictures.