Home Cars 14 Cars That Saved Their Companies From Bankruptcy
Cars 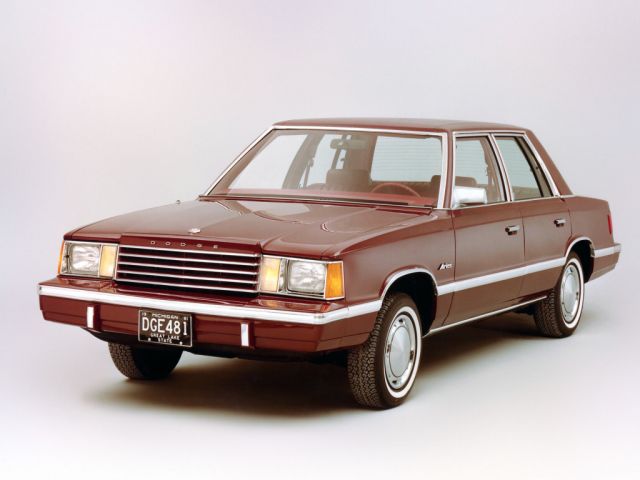 Even though the Omni helped Dodge survive the first big oil crisis, the second oil crisis came in 1979. But they didn’t develop the Dodge Aries or Plymouth Reliant using Chrysler’s engineers exclusively. To be able to finance the development of the new K-Platform, Chrysler asked for a loan of $1.5 billion. Thanks to Lee Iacocca, who was Chrysler chairman at the time, the Carter administration granted the loan, and the development was successfully finished.

They introduced the Dodge Aries and Plymouth Reliant in 1981. These cars were mid-size cars powered by a Mitsubishi engine. But, in a struggling economy, they were exactly what Chrysler needed to stay afloat. Both cars sold more than 150,000 vehicles in the first year of production.

During their nine years in production, there were more than a million units sold, which is an impressive number, especially with the state of the industry and Japanese competition. Despite their flaws and that they weren’t even much of a car in the first place, the Dodge Aries and Plymouth Reliant were exactly the right cars at the right moment. They saved Chrysler from canceling their operations in the dawn of the 80’s. 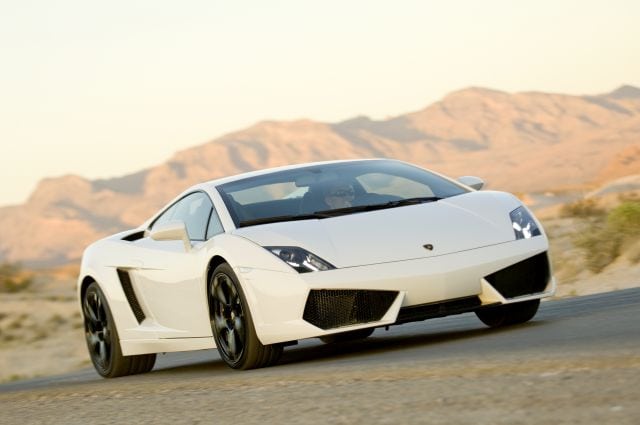 Speaking of Chrysler, it’s time to end this list with an Italian exotic. What do Chrysler and Lamborghini have in common? Lamborghini was owned by the Chrysler Corporation from 1987 to 1994 when the company was sold to the Malaysian investment group, Mycom Setdco and Indonesian group, V’Power Corporation.

At the time, Lamborghini had catastrophic sales numbers, as their production relied on the Diablo and Murcielago. The company was eventually sold to Volkswagen Group who put them under the Audi wing. That turned out to be the right decision because the Germans knew what to do to save the legendary Italian brand.

Apart from continuing to develop the flagship Murcielago, Audi found a way to make the company profitable without losing its appeal. The savior came in form of the Gallardo, a V10-powered coupÃ© and roadster they launched in 2003. This compact Lamborghini was exactly what the company needed, because they sold 933 units in the first year alone when just the coupe was available.

In 2013, they replaced the Gallardo with the Huracan. With 14,022 sold in 10 years, the Gallardo is by far the best-selling Lamborghini of all time. Apart from being the best non-flagship car the company ever created, it will go down in history as the car that saved them from collapse. 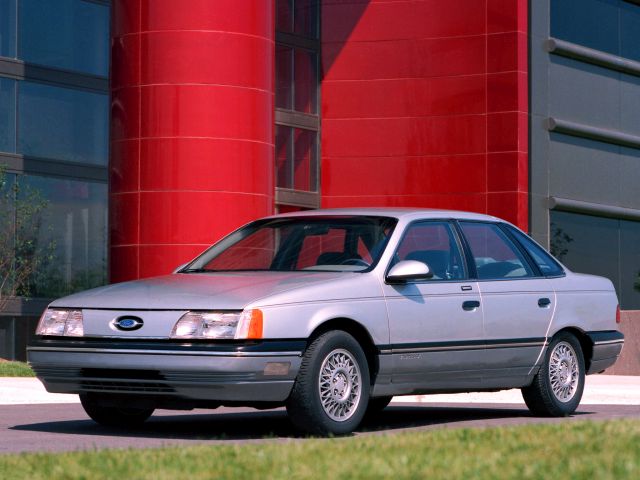 The early 80’s was a bad time for American manufacturers. Sales were at an all-time low and recession hit the industry. Fuel went up in price again and foreign companies took a big share of the market. American carmakers were still recovering from the challenging 70’s.

The Ford Motor Company was in financial trouble, experiencing slow sales across their lineup. The only solution was to invest in a fresh new model to show the world what Ford could do. The development started in the early 80’s and in 1985, Ford introduced the Taurus. It was an all-new, midsized sedan with front wheel drive and a selection of new engines.

This was a big step forward for Ford and the American car industry since the Taurus looked and felt like a premium import model. They gave it a sleek aerodynamic design and great driving characteristics. Sales went through the roof and Ford scored a big hit with the buyers. Taurus became one of the most influential American cars of the 80’s and saved Ford Motor Company from certain financial failure. 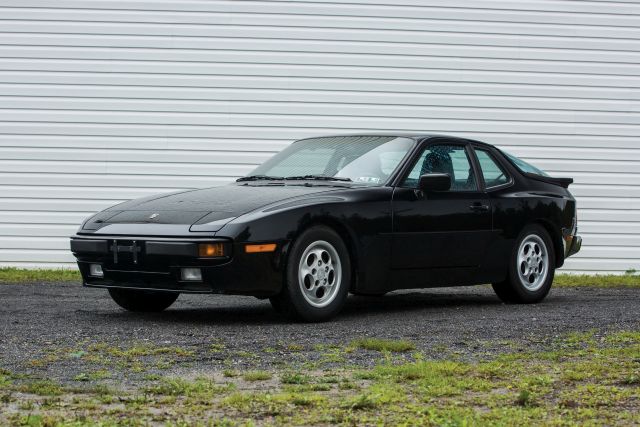 This list already featured one small Porsche that singlehandedly saved the company. However, the 944 was the original savior from the early 80’s. Porsche was always a top name in the sports car world. For a long time, they were the car manufacturer with the 911. During the 70’s changing economic climate, Porsche introduced a smaller, more affordable 924.

They also presented the Gran Turismo 928 model, but despite the effort, the company was in trouble. The answer was simple: produce something in between the two cars. It had to be something more affordable than the 911 and 928. It also had to be more capable than the slow 924. So, in late 1982, Porsche introduced the 944.

It was a heavily redesigned and upgraded version of the 924 that soon became a sales hit. With a bigger 2.5-liter four-cylinder and 170 HP, the 944 had decent performance. As a result, it reached a whole new group of Porsche buyers. During the nine-year production run, Porsche introduced many upgraded, more powerful versions. One was the Turbo or S2, which transformed the small 944 into a serious driving machine.

So while the 928 and 911 were losing money for the company, the small 944 was earning enough to keep Porsche alive during the 80’s and the early 90’s. 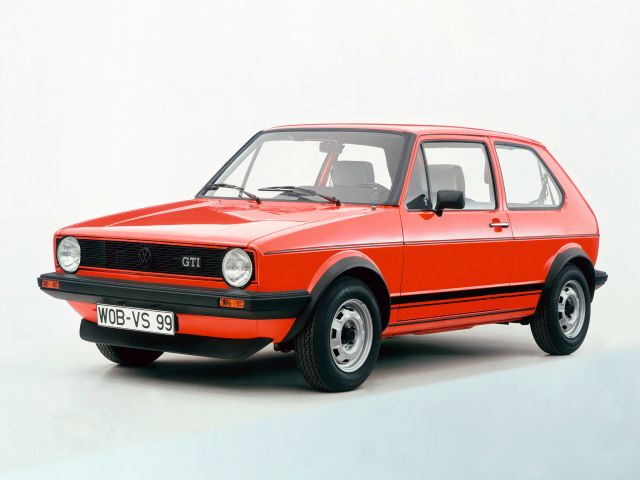 Volkswagen became one of the giants of the car industry after the World War II. However, their major challenge was transforming from a single model manufacturer into the modern company it is today. Since its main product was the immensely popular Volkswagen Beetle, the company produced many of its variants. They included the T1 and T2 vans, the Karmann Ghia coupe and the 1600 TL sedan or wagon. Despite the different appearance, all those cars were the humble VW Beetle underneath their bodies.

By the end of the 60’s, Volkswagen realized they would soon be in financial jeopardy. This was because they knew the market would eventually stop buying the Beetle in all its variants. The feared the Volkswagen company would have nothing to offer.

So, in the early 70’s, when sales started to drop, Volkswagen invested into a totally new line of models, led by the Golf Mk1. This was a completely new concept and design for them. It featured a new front-wheel drive platform and straight four engine. The new Golf had nothing in common with the old Beetle. In fact, Volkswagen gambled everything they had. Fortunately, the risk paid off and Volkswagen is now one of the biggest car companies in the world. 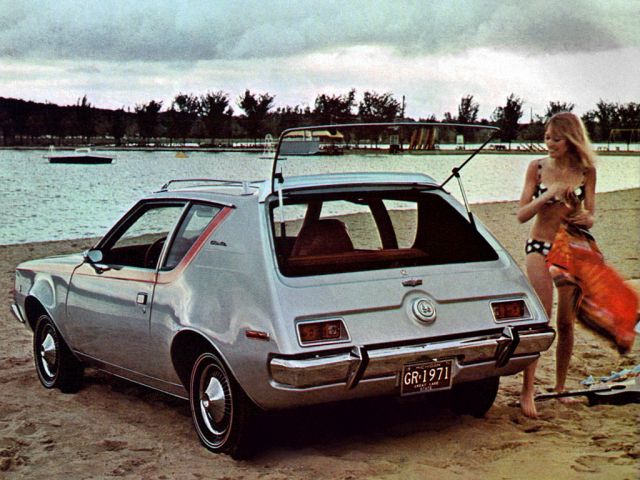 AMC introduced the Gremlin on April 1, 1970, so many people considered it a joke. The Gremlin was a subcompact model with small dimensions and diminutive power. It also came at an affordable price, attracting the youth market. Until then, no American automotive manufacturer tried such a thing. However, AMC had to do it since it was on verge of bankruptcy as the sole independent carmaker in U.S. at the time.

Car fans have always known AMC for their inexpensive, economy cars. While Detroit’s Big Three were busy building full size machinery, AMC produced compact cars. However, by the end of the 60’s, GM, Ford and Chrysler entered the compact car field, too. This caused AMC to start losing ground. So, the answer was to go to the next level with the subcompact model.

The Gremlin was well received by the market since it was a cool, affordable car for the free-thinking early 70’s. It sold in high enough quantities to keep AMC stable for the rest of the decade. Despite the fact it saved AMC from going bust in the 70’s, it wasn`t able to save it from closure in mid-80’s.

These vehicles saved their companies from bankruptcy, and for good reason. They were innovative and gave customers what they wanted at the time. Who knows what the automobile industry would look like today if these companies had to close their doors forever.