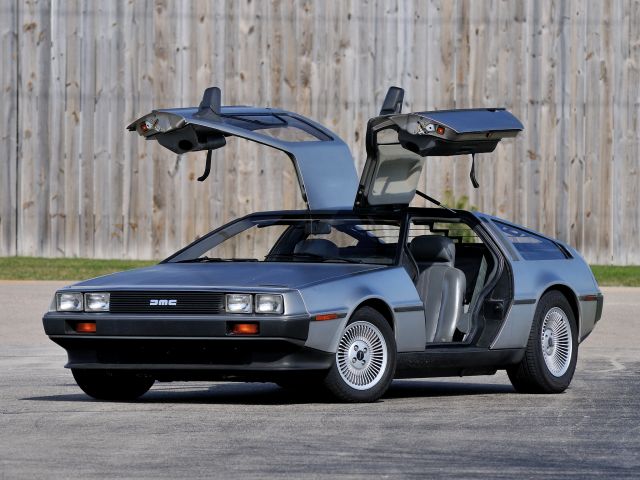 John Z. De Lorean started the company in the late 70’s, briefly marketing his car as the next big thing in the sports car world. Its founder was a famous ex-GM executive and market strategist who knew the car industry and the key players. For a short time, it looked like America got a sports car brand to rival Europe’s finest companies. De Lorean presented an interesting concept of a sports car with gullwing doors, a modern design and a stainless steel body.

The car public went crazy and De Lorean easily found investors and supporters of the project. However, the production was late. When they finally revealed the car, it was slow, underpowered and riddled with quality problems. After the initial excitement, buyers stayed away from the DMC 12, and De Lorean had big financial problems. In a desperate attempt to secure cash for its car company, De Lorean was caught buying cocaine with the intention of reselling it for profit.

With the help of high-priced lawyers, he managed to stay out of jail. However, the De Lorean car company and DMC 12 sports cars were gone by the early 80’s. Due to an appearance in Back to the Future movies and numerous music videos, the DMC 12 is still a popular car. People say America needs a proper sports car brand and a revived De Lorean could be just that.

The De Lorean brand is important because it was the first global sports car company. The design came from Italy and the engines were from France and Sweden. They assembled the cars in the UK and the owner was American. Today, there are numerous exclusive car companies that work with the same principles, but De Lorean was the first. Despite problems with power and reliability, the DMC-12 had lots of potential. It is a shame they cut this sports car short.