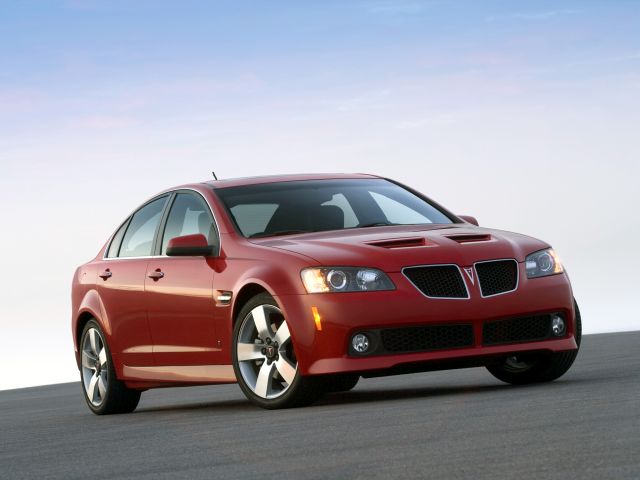 Pontiac introduced the G8 in 2008 and discontinued it in 2010, just before the brand disappeared. Although it was a relatively new car, people soon forgot the G8. The market dismissed it, even though it was a performance sedan with rear-wheel-drive. Car enthusiasts demand affordable RWD performance cars and the G8 was just that. In a desperate attempt to revive its performance image, Pontiac decided to import Australian-built Holden cars and re-badge them as Pontiacs.

The first was the Holden Monaro, which they granted U.S. citizenship and a new-old name – the Pontiac GTO. Despite the 400 HP engine and convincing performance, the new GTO wasn’t the success Pontiac was hoping for. Next was the G8, which they conceived as the Holden Commodore. Pontiac thought a rear-wheel-drive sedan would help them fight their European competitors. The G8 included Pontiac’s redesign and small-block V8 engine, so it was an effective performance sedan, too.

The base engine was a solid 3.5-liter V6 with 256 HP, but the real deal was the G8 GXP with a 6.2-liter V8 and 415 HP. Also, the G8 came with high levels of standard equipment, as well as a long list of optional extras. Unfortunately, the G8 came too late. Customers weren’t ready to accept a G8 performance sedan that could beat overpriced European models.

After years of anemic models, front-wheel-drive economy cars or minivans of the 90’s, Pontiac lost its performance image. Only a handful of buyers remembered what it was capable of. So, when they finally presented a car claiming the title of a performance brand, it was too late.

In two years, Pontiac sold just over 30,000 G8s. Interestingly, the platform and the concept lived on in the form of the Chevrolet SS, which the motoring press praised. However, it was the last model by Pontiac, which is now sadly forgotten. The G8 will be a valuable classic car when future enthusiasts realize how composed this performance sedan was. It is too bad Pontiac lost its edge and customers didn’t understand this car.