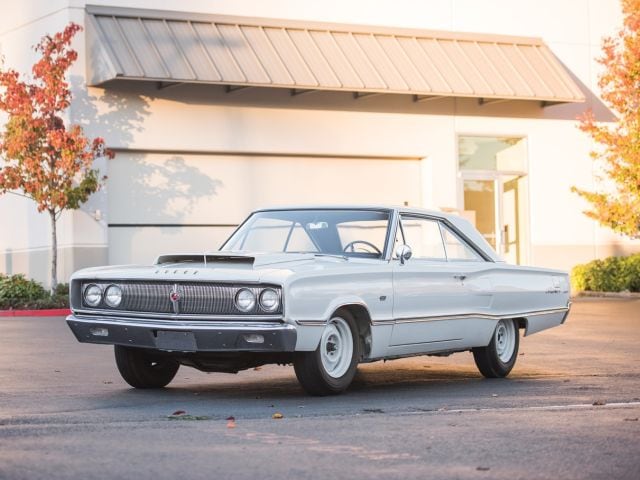 After the crazy 1965 altered wheelbase cars, Chrysler returned to more stock-looking models for 1967. So, they produced a limited run of RO/WO Plymouths and Dodges for 1967. Some say that Chrysler built 100 cars to satisfy the NHRA rules for Super Stock class, but the number seems high. The number of 50 cars is more likely, but some even claim they produced as little as 32 cars.

The RO/WO cars were mechanically identical with Dodge or Plymouth body style. The front end was lightweight. They equipped the cars with limited slip differentials, heavy duty suspensions and stripped-down interiors. The delivered all the cars only in white, so the racing teams could put their own decals and numbers.

Automatic cars came through with a special Torque Flite transmission that drivers had to shift manually through its reverse shift pattern. In some cases, this proved to be faster than regular four-speed manual. The heart of the car was the Race Hemi. With 426 cubic inches and over 600 HP in race trim, it was still one of the craziest power plants on the scene. 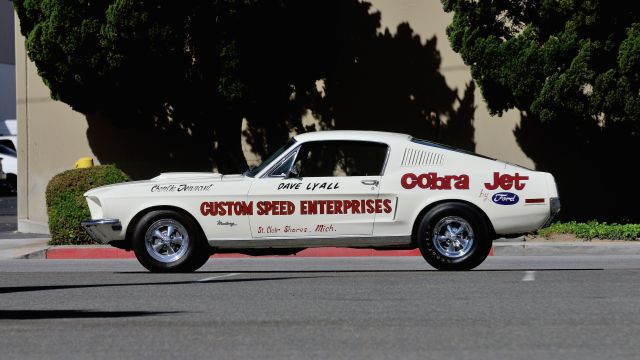 Ford introduced the legendary 428 Cobra Jet in 1968 and immediately put it in the Mustang. The Mustang 428 CJ was a mid-year introduction mostly intended for drag racing. That is why it was sold in modest numbers. But the real drag racing special was 50 Wimbledon white Fastbacks. They came with the 428 CJ engine and were lightweight.

They also had a close ratio four-speed transmission and heavy-duty suspension to satisfy the NHRA rules. Ford rated the new 428 Cobra Jet at 335 HP, but everybody knew the big block produced far more than that. The real output of race-prepared white Fastbacks was closer to the 500 HP mark. Even with less power than some competitors, the Mustang won races since it was smaller, lighter and better balanced than most Mopars. 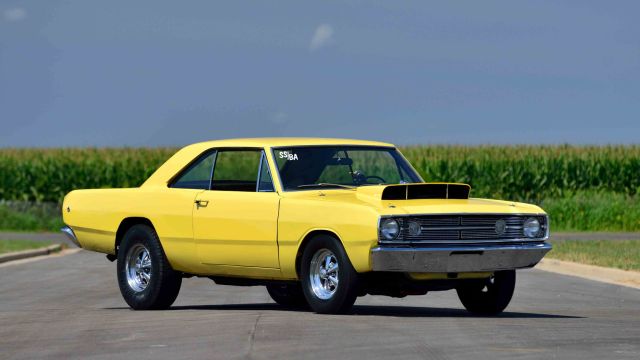 As one of the biggest forces on American drag strips in the 60’s, Chrysler always looked for ways to improve performance. They also introduced new concepts and broke records. After years of fiddling with mid-size platforms, for 1968, Mopar shoehorned the Race Hemi in the smallest platform they could find – the Dodge Dart. The actual fabrication of this beast was a tough task. The Hemi Darts were assembled almost by hand using the regular 383 Dart as a basis.

Installing the big Hemi in the small Dart engine bay was challenging. It was a tight fit, but Chrysler engineers managed to produce exactly 80 cars. None of them were street legal, so all went to racing teams, painted in primer and ready for race decals and stripes. The new Dodge Hemi Dart was a drag strip terror since it had the lightest body with the most powerful engine. In fact, Mopars owned the 1968 NHRA season. 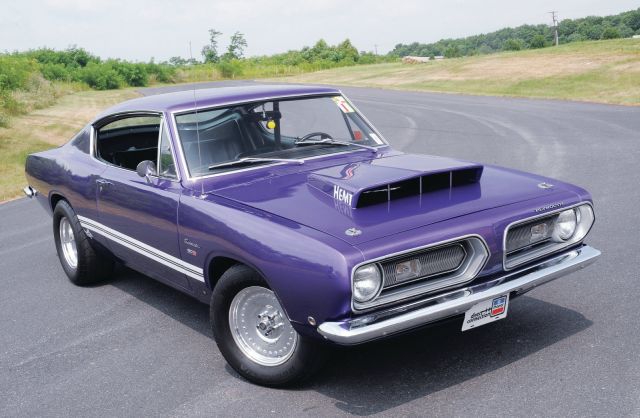 The 426 Hemi engine was not a regular production item in the Barracuda until the 1970 model year. But for 1968 racing season, Plymouth produced 50 drag racing specials using the Barracuda Fastback bodies and 426 race spec Hemi engines. They shared the manufacturing with the Dodge Hemi Dart in Chrysler’s Hamtramck, Michigan plant.

As a Dodge Hemi Dart, Barracudas came as pure racing, non-street legal vehicles they sold only to racing teams. They even painted them in primer ready to be personalized by the racers. 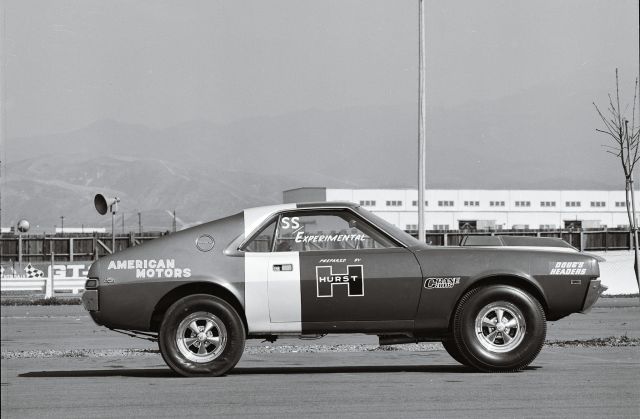 American Motors Company was a legendary economy car manufacturer that battled Detroit’s Big Three for decades. But, eventually, they folded in the mid-80’s. AMC was always famous for its wide selection of compact and affordable cars, interesting concepts and dependable mechanics. However, in the late 60’s, AMC decided to enter the muscle car market since it would bring some excitement to AMC’s lineup.

They built the AMX on a shortened Javelin chassis. It featured better equipment, more powerful engines and lots of go-fast options. Both the Javelin and AMX enjoyed considerable success at the time. However, there was one rare, special version, and that is the AMX SS 390. They built this car in cooperation with Hurst, a famous company from the era.

It featured lots of modifications and the biggest AMC engine, the 390 V8 with 340 HP. This may not sound as much as some other muscle cars of the period, but the AMX SS 390 was light, compact and brutally fast. They only made 52 of them. Most were red, white, and blue machines that went to drag strips where they beat much more powerful cars with ease. 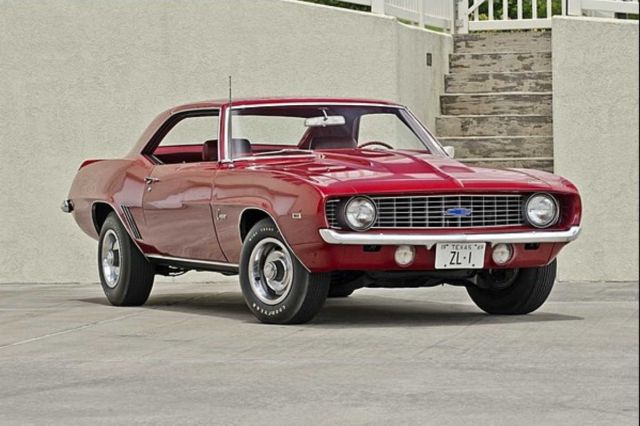 Back in the late 60’s, Chevrolet was under a racing ban General Motors proposed. This meant no official Chevrolet products could race. It also meant Chevrolet as a manufacturer couldn’t participate in any racing activity. But, nobody stopped Chevrolet from helping racing teams through its backdoor programs where they developed special engines and components.

In the late 60’s, Can-Am was a popular racing series featuring prototype class cars with V8 engines. Chevrolet wanted to purpose-build a power plant for this championship, so they produced an all-aluminum 427 big block called ZL-1 in 1969. It was a high revving, 7.0-liter V8 with around 550 HP in mild tune. Chevrolet produced around 200 of those engines. While most of them went to Can-Am racing teams, they installed 69 ZL-1s in C.O.P.O Camaros, selling them to drag racing teams.

The Camaro ZL-1 was the same as a regular 1969 Camaro on the outside, but it was so fast, it was barely street legal. Chevrolet literature in 1969 didn’t mention the ZL-1 option for the Camaro. However, if you were a successful drag racer or dealer, you knew about this expensive option. That is why they only produced 69 Camaro ZL-1s.

These are the top 18 quarter mile terrors – the greatest drag racing muscle car specials of all time. They broke records and introduced new engines and upgrades. These cars are forever an important part of muscle car history.