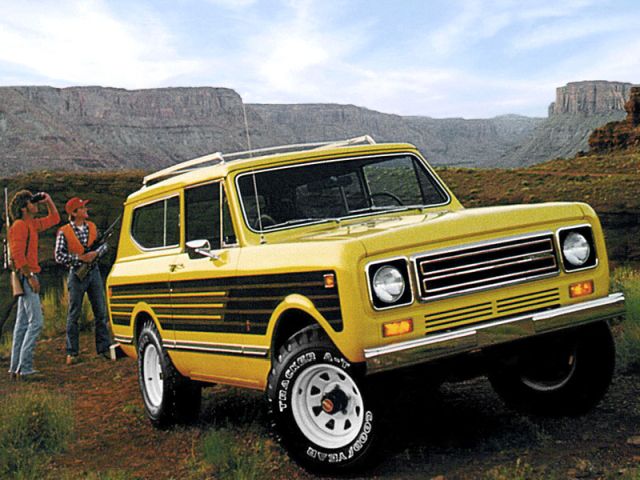 As one of the proto-SUVs, the International Harvester Scout helped shape the class. And it prompted the creation of the Chevrolet K5, the Ford Bronco and the Jeep Wagoneer. These three cars were the pioneers of SUVs. This legendary car started its life as the Scout 80, between 1960 and 1965. And it was followed by the Scout 800, 800A and 800B models.

The Scout II was the biggest departure from the previous models. Jeep sold it from 1971 to 1980. The International Harvester Scout was available in various special editions. Also, they made some in cooperation with several factories. But the rarest of them all is the 1980RS, a luxurious special edition they built to commemorate the end of production of this fabulous car.

But, perhaps the most intriguing version of the International Harvester Scout was the Monteverdi Safari. The famous Swiss luxury car company that has been sadly defunct for decades re-equipped, upgraded and re-badged it. Although the Scout is not known to the worldwide public, it has an extremely strong cult following on American soil where it’s famous as one of the ultimate classic SUVs.

With a distinctive design, adventurer attitude and quality, the International Harvester Scout is a wise choice. And it’s a stylish car that can take you everywhere you’d like, thanks to its phenomenal mechanics.