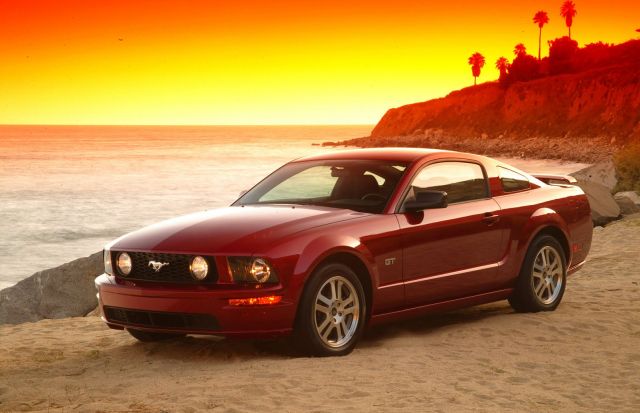 The world was stunned when Ford introduced the fifth generation Mustang in late 2004 as a 2005 model. The retro-futuristic design was perfect for the time because it captured the essence of the legendary first generation. But it also presented an elegant and sporty shape that is still modern, even 15 years after the unveiling.

The new Mustang featured a lot of new technology, yet it still had a somewhat older platform with a live rear axle. Nonetheless, buyers went crazy for the car. So, during its 10-year market life, Ford introduced numerous special versions and extremely powerful Shelby models. But the sweet spot in the range was always the regular GT model.

With a 4.6-liter 300 HP V8 engine and later a 5.0-liter 425 HP V8 engine from the 2011 to 2014 model year, the GT was a capable car with exceptionally good road manners. It was fast, handled well and looked cool in any color. And its affordable price means it is quite common.

Also, its simple mechanics means it is affordable to maintain. And the soundtrack from the V8 engine is second to none and the looks are still fresh. So, if you are looking for a V8 powered Mustang with performance and loads of attitude but are on a budget, this is the car for you.