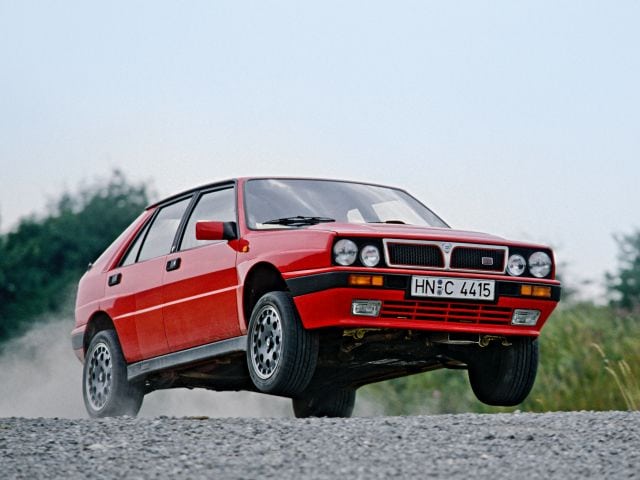 Lancia presented their compact model, the Delta, in 1979. The company started thinking about a performance version after it was on the market for five years. Lancia was always big in rallying. After the banning of their Group B model S4, they wanted something that could work well on the street and on the track, so they produced the HF Integrale. The main features of this model were a 2.0-liter turbocharged four-cylinder engine producing 185 HP, which later went up to 220 HP. It also had a permanent, well-balanced all-wheel-drive system.

They stopped production in 1994 after almost 40,000 Integrales were made. If you want to be the owner of a rally legend now available in America, be prepared to pay over $30,000 for one in good shape. Bear in mind the quality of those highly-tuned cars was never their strong suit.