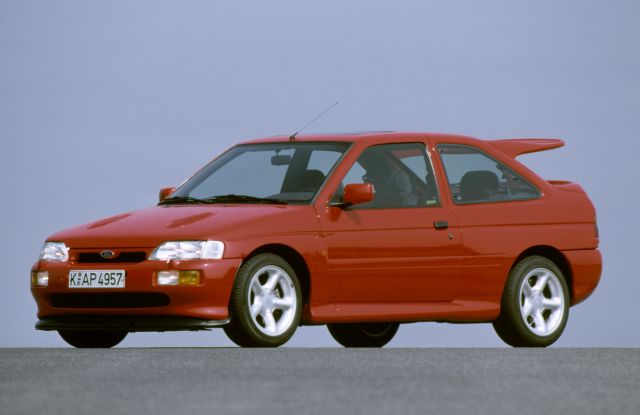 Ford Escort was always an active model when it comes to affordable performance. From the legendary RS 1600 Mk1 to the Escort RS Turbo of the mid-80’s, this was always a competitive yet obtainable choice. However, the best Escort RS was the 1992 to 1996 RS Cosworth model. Ford built it using Sierra RS Cosworth bits. This Escort was smaller, but it featured an improved 2.0-liter turbocharged engine with 227 HP.

The exterior was pure business with flared wheel arches, a hood with cooling vents and a massive rear wing that was adjustable. One of the main features was the rally proven all-wheel-drive system that was necessary since the car developed over 230 lb-ft of torque. The Escort RS Cosworth was fast for the day. With a 5.8 second 0 to 60 mph acceleration time, it could beat most sports cars of the day. However, it somewhat expensive for a hot hatch, so Ford decided to make it a limited model.

Since they introduced the car in 1992, it is now eligible for import. It should be interesting to see how people react to the sight of a rally Escort RS Cosworth on the American streets since Escort was always considered a slow economy car in the U.S.