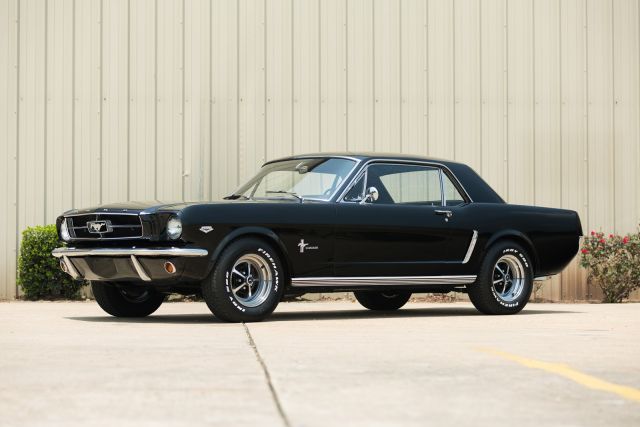 Most of the market was fascinated when they first saw the Mustang in 1964. With its compact, sporty looks, long hood and short deck and affordable price, it seemed unreal. But there was a small portion of knowledgeable car enthusiasts who were disappointed. The reason was the technology and engine choices. But the Mustang shared modest underpinnings with the economy Falcon.

Also, the engine lineup included mild versions of V6 and small V8 units. The power output was nothing special and the performance was below car fan’s expectations. Ford responded by hiring Carroll Shelby and producing an almost racing-ready GT 350 in 1965. But for those who could not live with a screaming 306 HP 289 V8 engine in the GT 350, Ford prepared an interesting engine they called the K-Code.

The K-Code was 289 V8 but with a milder, more street-friendly tune and 271 HP. But that was more than enough for the performance Mustang fans wanted. With the optional GT package that included a stiffer suspension, updated equipment and lots of exterior details, the 289 HiPo or High Power was a popular choice.

Ford introduced the 289 HiPo in 1965 and offered it up to 1967. The 289 HiPo was the first Mustang that ran as well as it looked, especially in the Fastback body style.