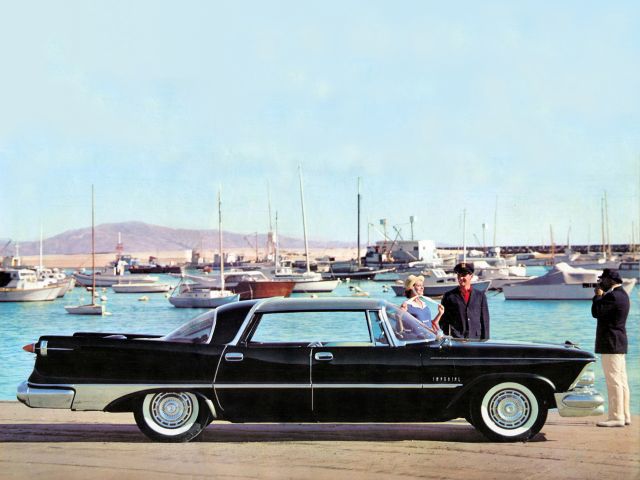 People often mistakenly call Imperials Chryslers, but in fact, this was a separate brand in the Chrysler family. They produced luxury cars from 1955 to 1975 and then briefly from 1981 to 1983. The Chrysler Corporation always had a luxury brand in their lineup and at the beginning, this was Chrysler itself. Eventually, managers found out that they could not battle with Cadillac, Packard or Lincoln on the market. Investing heavily in new design and engines, Chrysler introduced the Imperial.

It was a new luxury brand dedicated to producing upscale sedans and limousines to compete with other similar brands on the American market. They based Imperials on Chrysler products and used some components. But often the design was special, the interiors were luxurious and trim levels were second to none. Despite not being as successful as Cadillac or Lincoln in terms of sales numbers, Imperial had an army of faithful buyers and decent sales results.

However, in the early 70’s, the magic of the Imperial was gone. The recession hit the luxury car market, so European models like Mercedes were gaining ground on the American market. The Imperial was nothing more than a big Chrysler with an upscale trim. This, in fact, was the reason for poor sales. Cadillac and Lincoln had a whole lineup of models with different engines and body styles. But Imperial only had one body style in different trim levels.

This wasn’t good enough for the market at the moment, so they discontinued the Imperial after a few years of poor sales. However, the ghost of the Imperial never left Chrysler. Even today, there are people who say that Mopar needs an American luxury brand and the revival of the Imperial is a good idea.