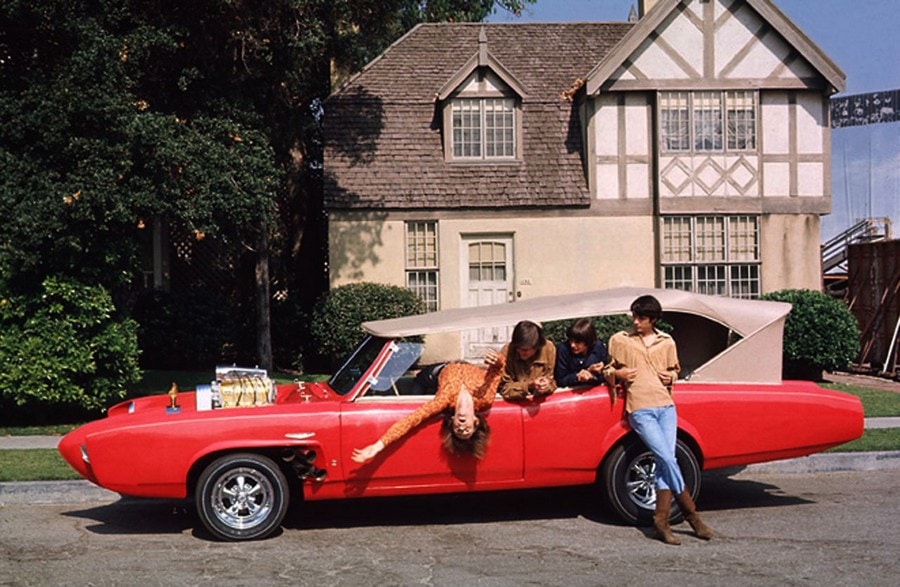 In the mid-60s, some of the top L.A.-based music producers organized a group of young musicians under the name, The Monkees. They invested heavily in the production, marketing and promotion of the new group. They wanted The Monkees to be the answer to The Beatles invasion of the U.S. Soon, the band proved to be immensely popular among teenagers.

One way to attract more attention was to have the members of the band drive a custom car for promotional purposes. So, Dean Jefferies, a famous Hollywood customizer turned two 1966 Pontiac GTOs into crazy-looking Monkeemobiles. The Monkees used their custom cars for various videos and shows. Both cars were fully-functional with supercharged engines that still survive today. 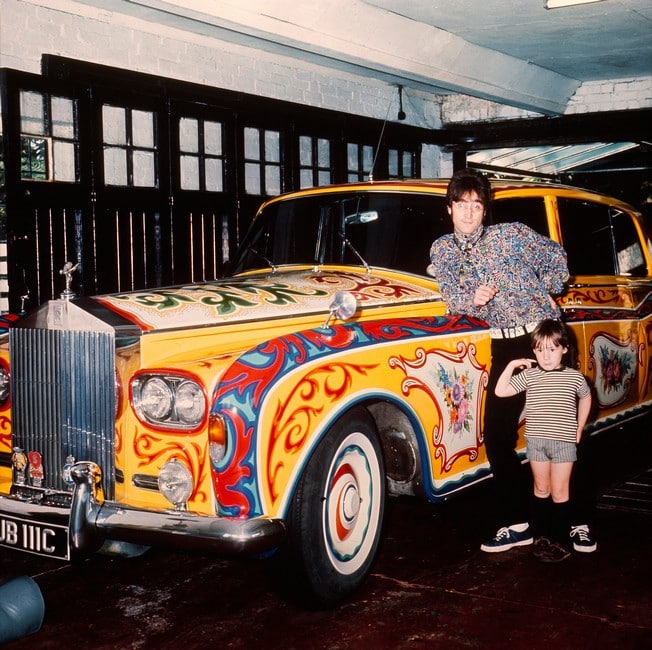 As a Beatles band founding member, Lennon was one of the most important figures in the music industry in the ’60s. The Beatles were one of the biggest bands in history and Lennon was the main songwriter and composer. Because of this, he became a wealthy man before he turned 30.

Although Lennon’s first car was a Ferrari 330 he drove when he passed his driving test, he was never a true car guy. However, some car fans remember him as the proud owner of an outlandish, unique Rolls Royce. 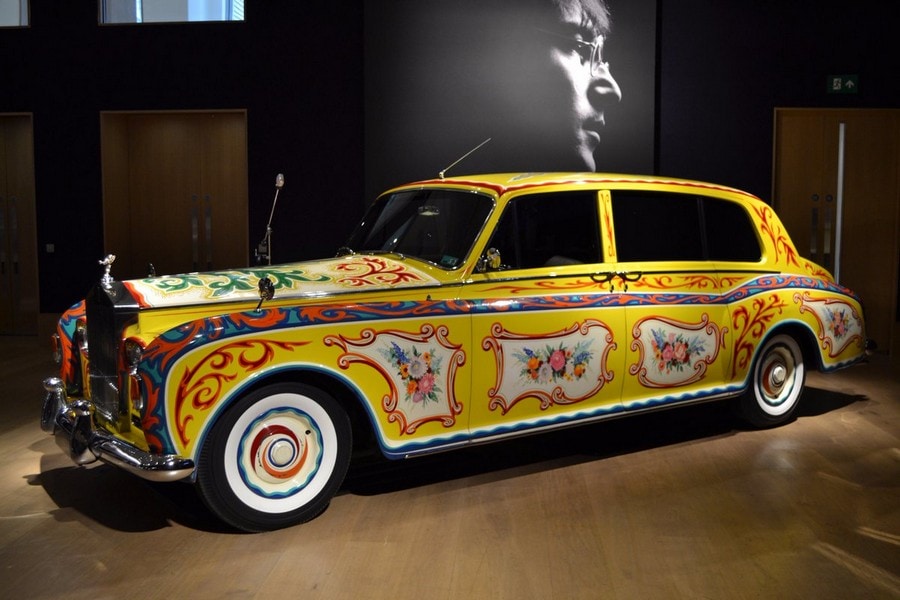 In the late ’60s, Lennon bought a new, super-luxurious Rolls Royce Phantom. It was the most expensive, luxurious car he could find. But the formal black Phantom was not what Lennon wanted. Instead, he commissioned a painter to do a wild mural on it with vivid colors.

The car immediately became Lennon’s trademark, although Rolls Royce conservatives and purists protested it. They claimed Lennon deliberately destroyed one of the most iconic symbols of Great Britain. 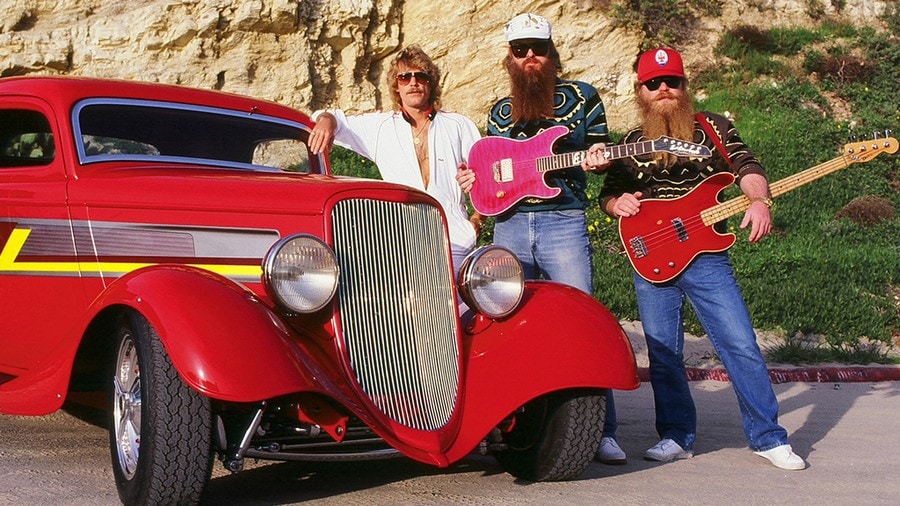 Three of the coolest bearded guys in rock history is famous for four things. First, that raunchy blues-rock that never gets old. Second, those crazy-long beards and third, those beautiful ladies in their music videos. And fourth, they own the coolest-looking cars in music history. In fact, ZZ Top member, Billy Gibbons still has impeccable taste for classic American machinery and custom cars. 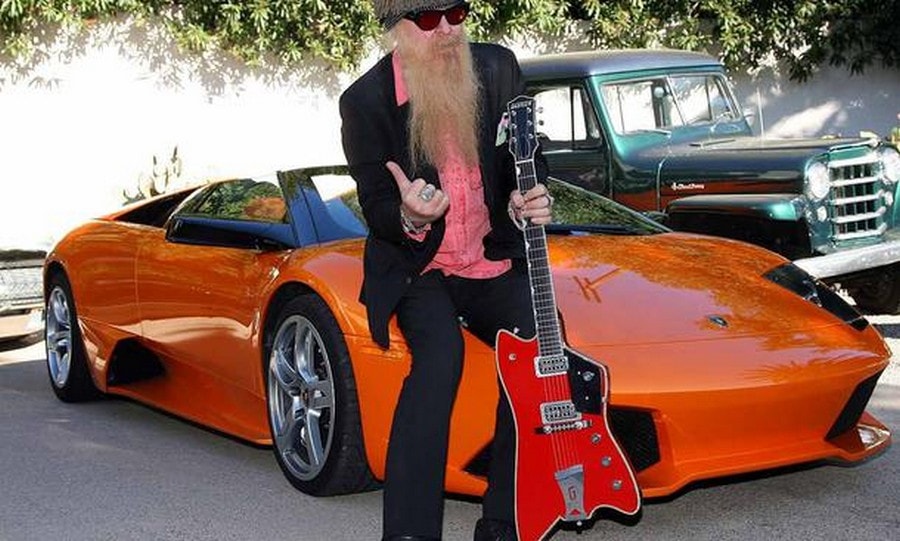 His most famous car is The Eliminator, a Ford hot rod they featured on various album covers and videos. However, Gibbons is also the owner of Caddzilla, a Boyd Coddington-designed Cadillac hot rod that various magazine articles have made famous. Also, he is a fan of those classic Lowriders and street rods. 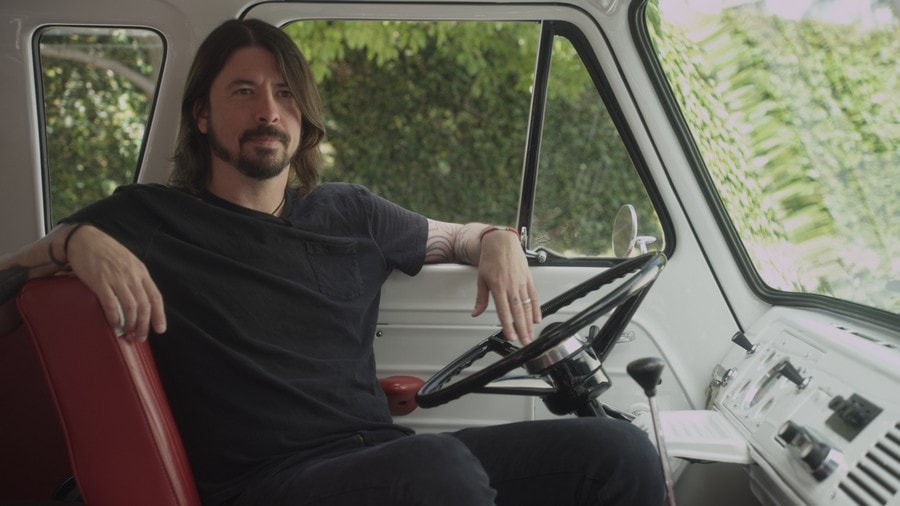 When it comes to cars, rock fans have to say that Dave Grohl has disappointed them. They expected more from the cool dude who was in Nirvana and founded the Foo Fighters. 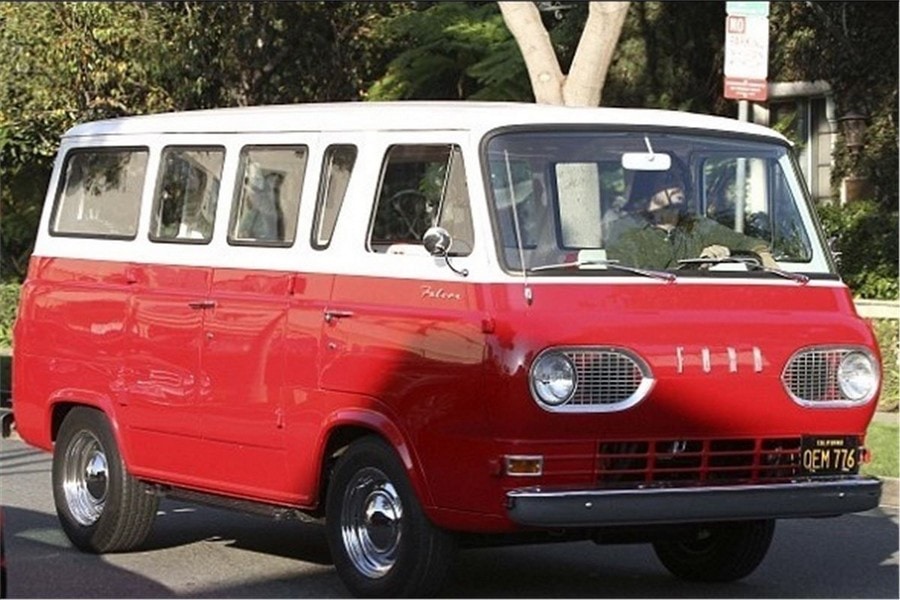 He continues to play and has created great music for decades. But Grohl has a curious taste in cars because he now owns a 1965 Ford Falcon van. 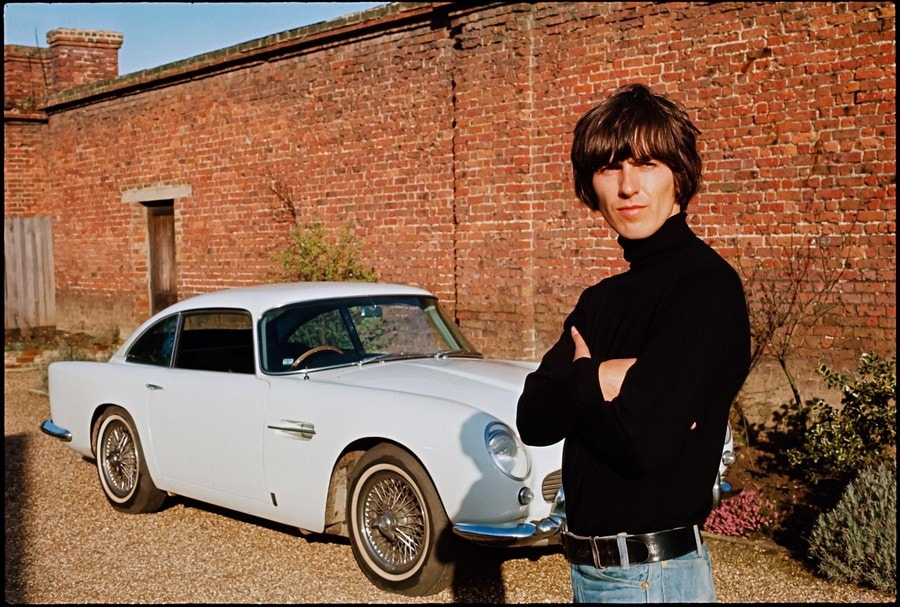 Even though Paul McCartney and John Lennon are the most famous Beatles members, most music experts claim Harrison was the most talented. After the breakup, he went on to enjoy a critically-acclaimed career, writing many hits. But in his private life, Harrison was also a big car collector. 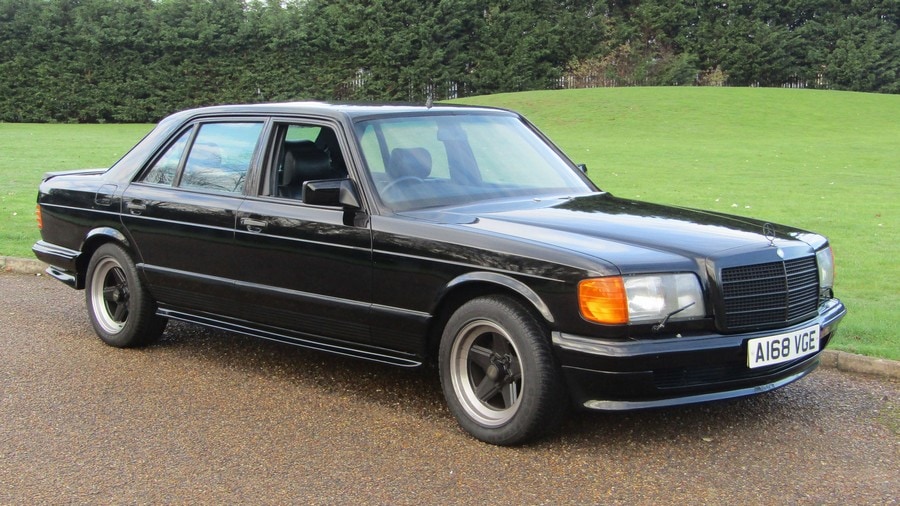 It all started with the Jaguar E-Type after The Beatles became popular. Then Harrison moved on to the Aston Martin DB5 and Mercedes as well as other luxury motors. He owned several Ferraris and was one of the few original buyers of the McLaren F1. It was a car that Harrison said was the best car in the world. 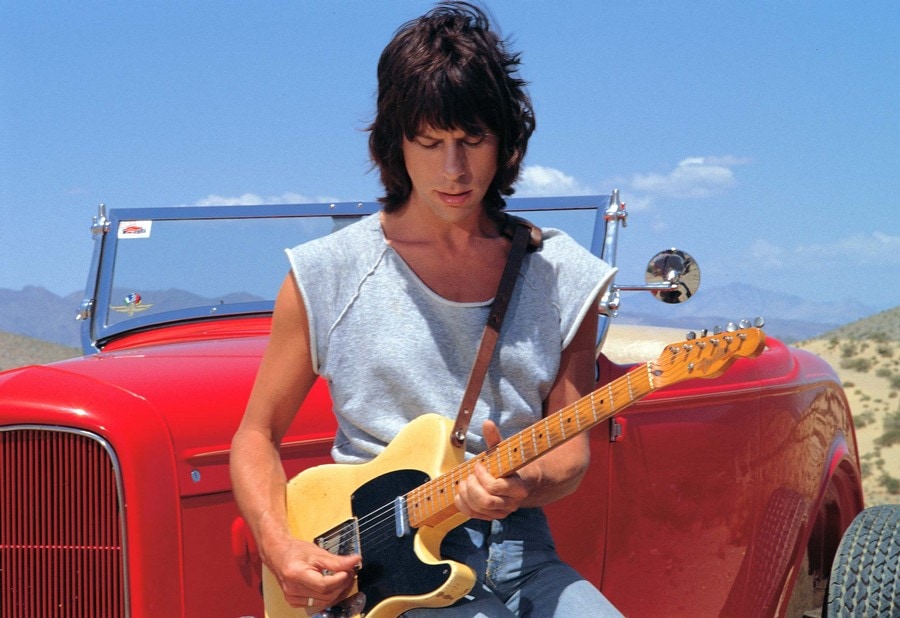 Another one of England’s guitar legends is Jeff Beck. Never as popular as some of his contemporaries, Beck is a highly respected guitar expert who still performs around the world. He is also one of the biggest hot rod fans and car collectors among rock musicians. 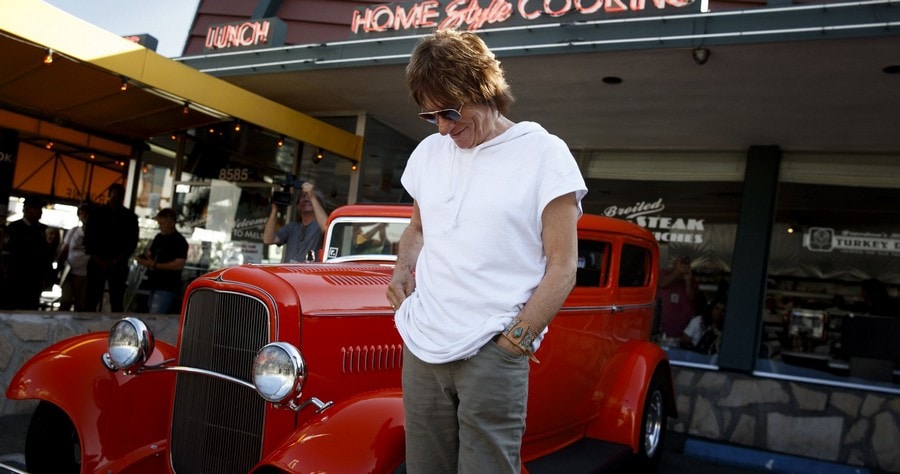 In fact, Beck is a hot rod historian, builder, and restorer with a collection of over 20 classic hot rods. Since he also builds them, you can expect his car collection will keep growing. 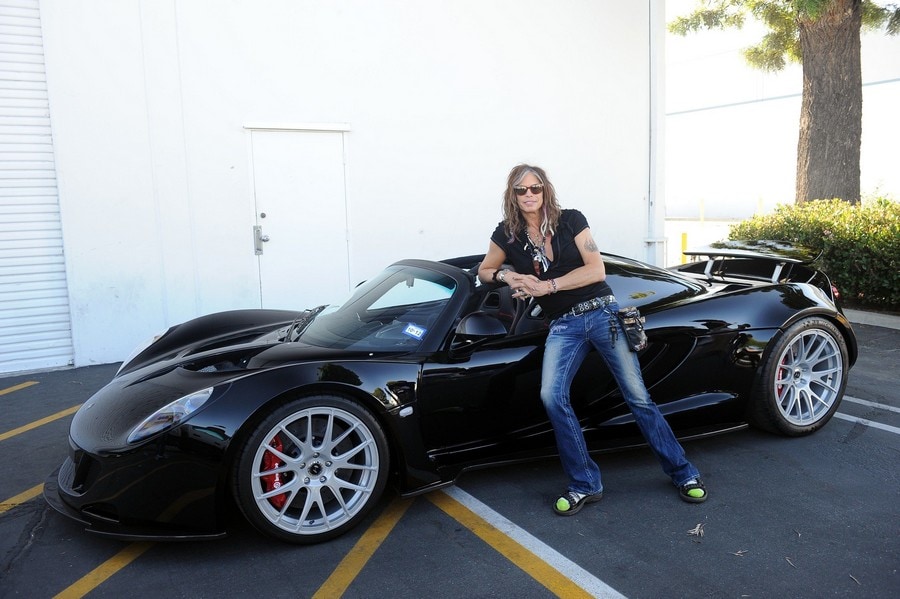 The screaming frontman of the legendary Boston rock band, Aerosmith, Tyler is one of the most colorful characters in the music business. With a career spanning four decades and numerous hits, he doesn’t plan to slow down anytime soon.

Although Tyler is not a dedicated car guy, he owns one of the fastest cars that the world has ever seen. It is a Hennessey Venom GT, an American-made supercar that produces 1,200 HP with top speeds over 200 mph. Imagine going that fast with Tyler screaming one of his songs behind the wheel. 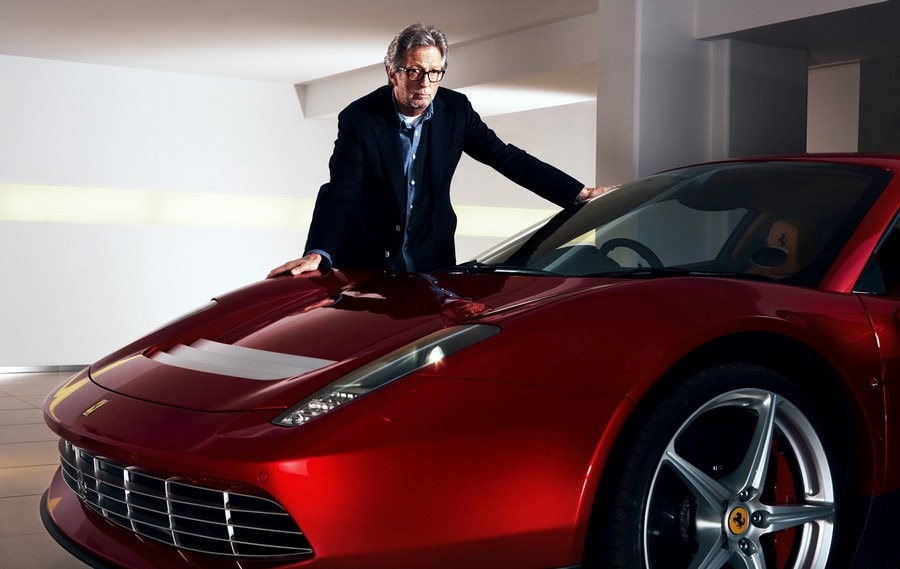 Known for his epic hits and timeless tunes, Clapton is one of the last rock gods who is still active as a performer. In his private life, he is a dedicated car collector with an impeccable taste for Ferraris. Clapton started collecting Italian stallions back in the ’70s, buying and selling dozens of them. 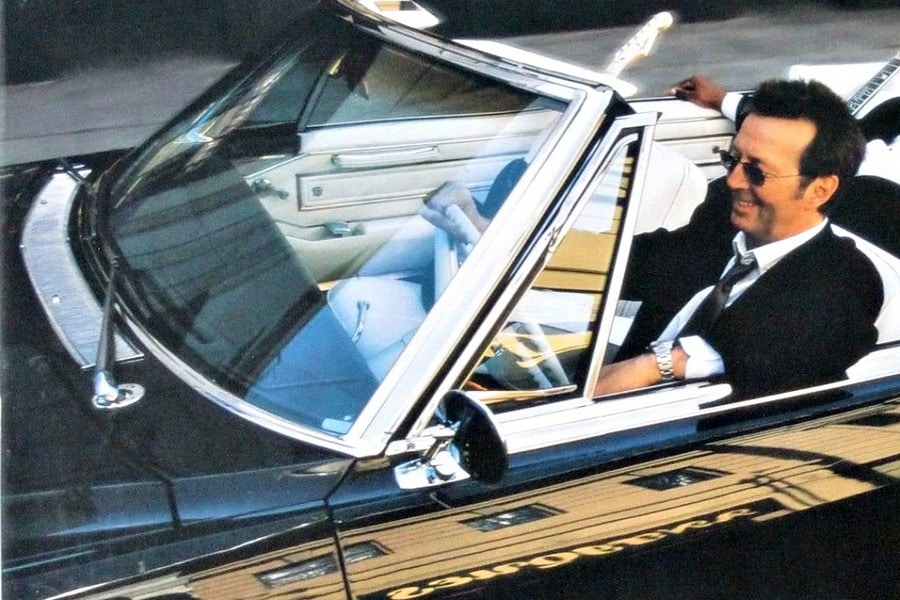 Recently, Clapton contacted Ferrari and the design house, Pininfarina to ask them to build him a one-off Ferrari based on the new 458 model. The custom car is a retro-looking model they named the SP12 EC. It has cost Clapton over 4.7 million dollars to build. With 11 Grammy awards and one personalized Ferrari, he’s a lucky guy. 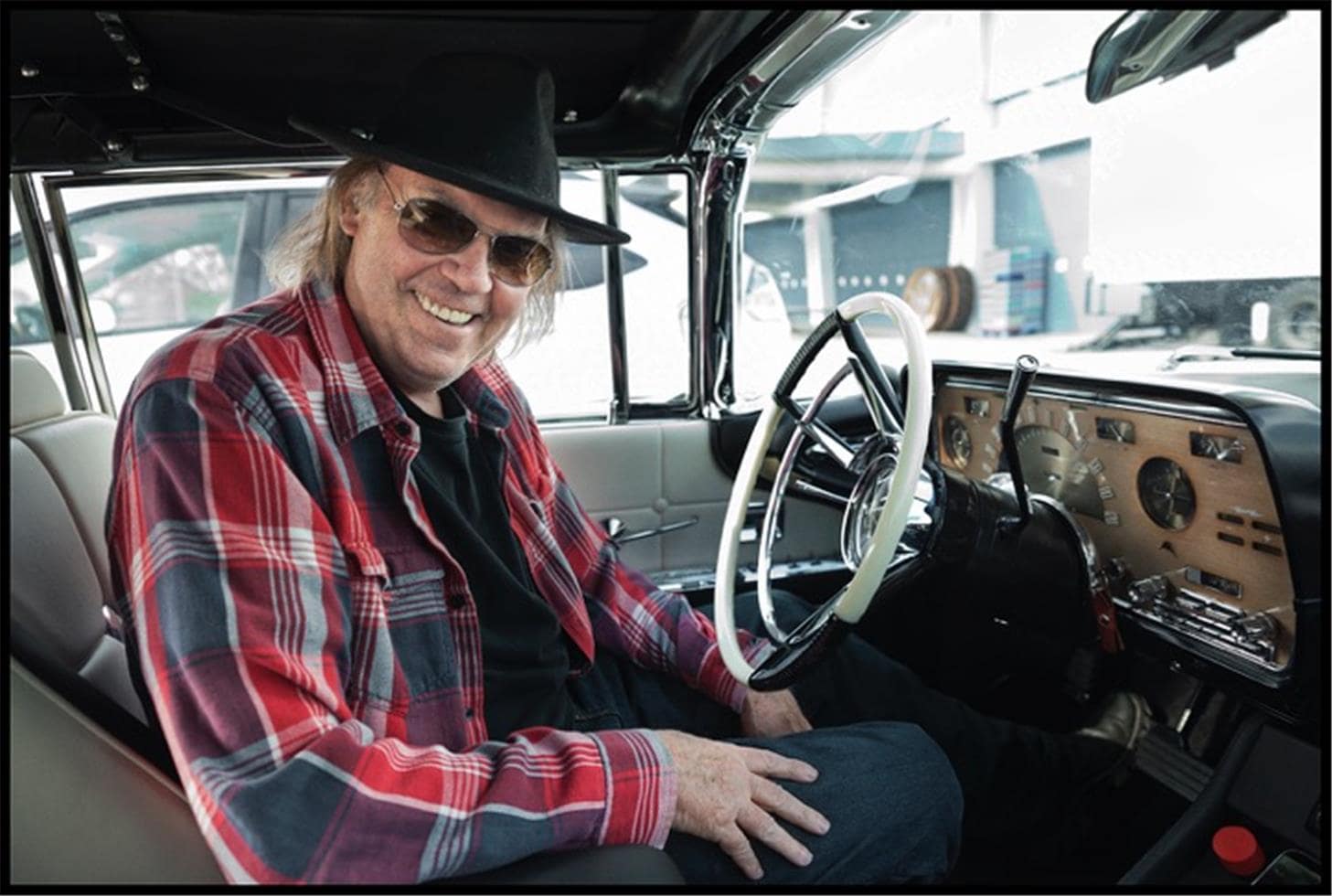 Canadian-born singer-songwriter Neil Young is one of the most influential figures from the classic rock era. He was a member of some of the best West Coast bands and the founder of the supergroup, Crosby, Stills, Nash, and Young. He is also a car enthusiast dedicated to classic American iron from the 1950s. 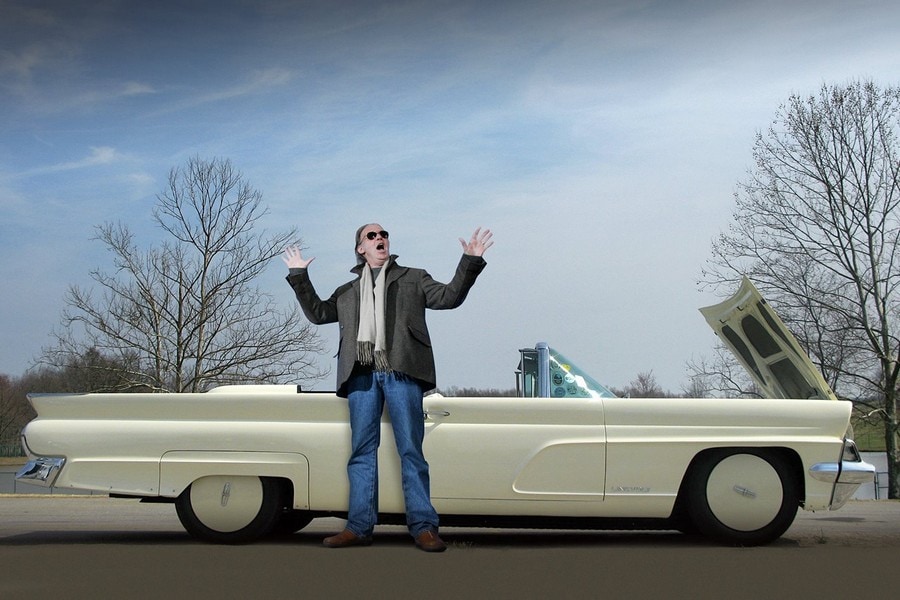 Neil is famous for driving his classic cars daily and his new project car, the LincVolt. It is a 1959 Lincoln Continental convertible, but they removed the original drivetrain and installed electric power, creating a unique classic car with modern power. Young uses his LincVolt car on a daily basis, promoting clean energy with it.

The music industry was in shock when the sad news of Petty’s passing arrived. One of the biggest names in contemporary American rock, he died due to a heart condition. This was tragic news for lovers of his clean rock sound and honest lyrics. 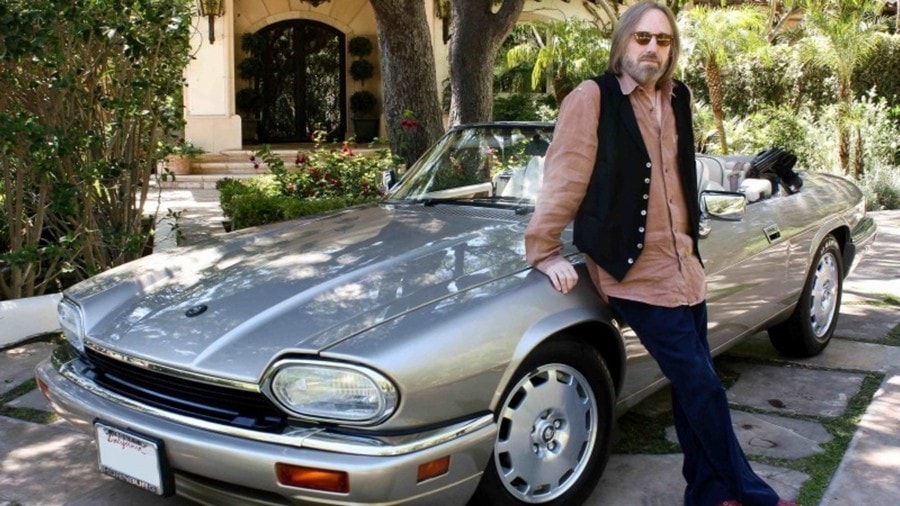 Petty wasn’t a big car guy, but he was fond of his future classic Jaguar XJS convertible, which he drove for over 20 years. He claimed that the laid-back feeling of a comfy Jaguar convertible was best-suited to his lifestyle and music. 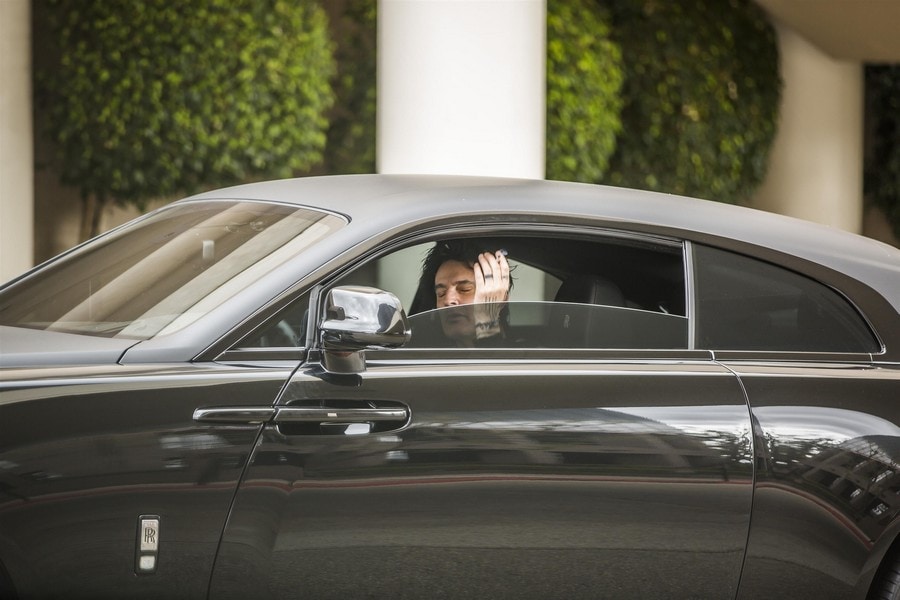 Tommy Lee was the drummer of the legendary hair metal band, Motley Crue and a rock and roll survivor. He is also one of the most interesting car guys in popular music. During the height of his fame in the late ’80s, Lee was a Ferrari owner with a dozen cars in his garage. 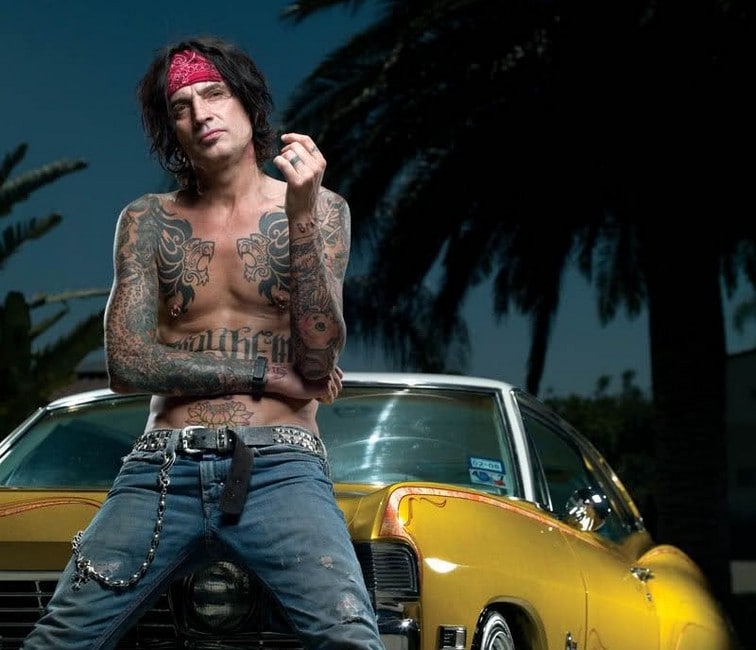 Unfortunately, he also had numerous DUI charges and car crashes. Eventually, Tommy moved on and his latest purchase is a cool-looking bright yellow 1968 Chevrolet Impala Lowrider.

These are the legendary rock music stars and their cars. Although sadly, some of them are gone, most of these musicians still have a great taste for flashy rides.