12 Biggest Passenger Car Engines Ever to Come Out of Detroit 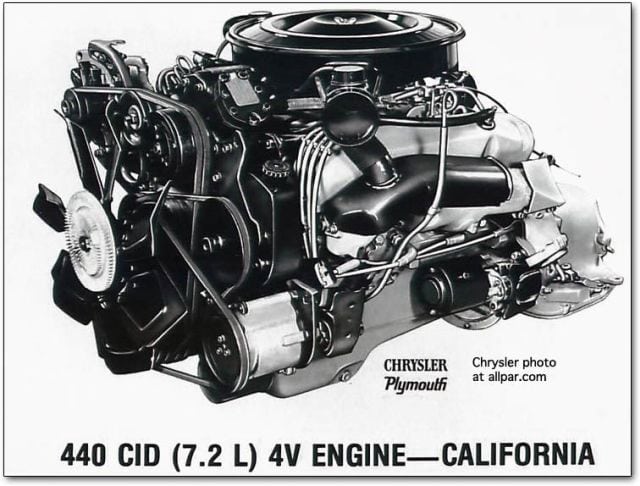 From 1965 to 1978, the Chrysler 440 CID V8 was one of the most popular big blocks on the car market. It was the last version of an ancient RB big-block V8. This engine was available in almost all Chrysler products, including Dodge, Plymouth and luxury Imperials. It was even in pickups and trucks. The 440 was a tough, dependable unit and when equipped with a performance intake, it was one of the best muscle car street engines you could buy.

The high-performance versions produced 375 HP. But when they equipped them with the famous “Six Pack” intake system with three two-barrel carburetors, the power output was 395 HP. They often compared the 440 V8 to the Hemi since they produced similar power and were installed in similar models. However, the Hemi was a bit more powerful and had a bigger tuning potential, which meant a lot to serious racers. 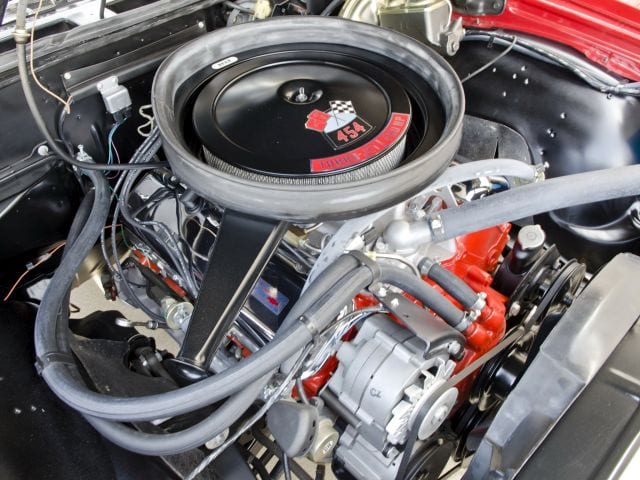 Chevrolet’s biggest engine was the 454 V8, which they introduced in 1970. They built it on the base of the venerable 427 V8 and installed it in numerous cars, including the Corvette. When they presented the 454 V8, the 427 stayed in production, so Chevrolet had two big blocks to offer. The 454 was factory rated at 390 HP but for a limited time, Chevrolet offered a 450 HP LS6 version, which was the prime muscle car engine at the time.

However, they went even one step beyond the LS6 with the LS7 which delivered 465 HP. However, it was a limited production-only item and later moved to aftermarket crate engine segment. They produced the original 454 V8 until 1976. But it gradually lost power and torque due to tightening emissions standards. Chevrolet introduced 454 again in the late 80’s as their truck engine. 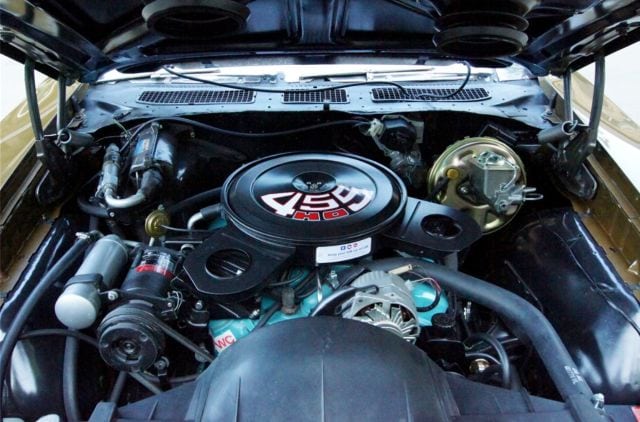 After producing those successful big block power plants in the form of 421 and 428 V8 during the 60’s, Pontiac introduced the mighty 455 V8 in 1970. The engine was like other General Motors big blocks, but it had a few important differences. The biggest difference was the stroke, which was longer than other engines. It made Pontiac’s V8 an exceptionally powerful unit.

The power it produced was 370 HP, but the 500 lb-ft of torque rating was even more impressive. They intended to install the 455 V8 mostly in luxury and full-size cars, but the GTO and Firebird Trans Am received it, too. They discontinued this engine in 1976 and in its final phase, it delivered just 200 HP. 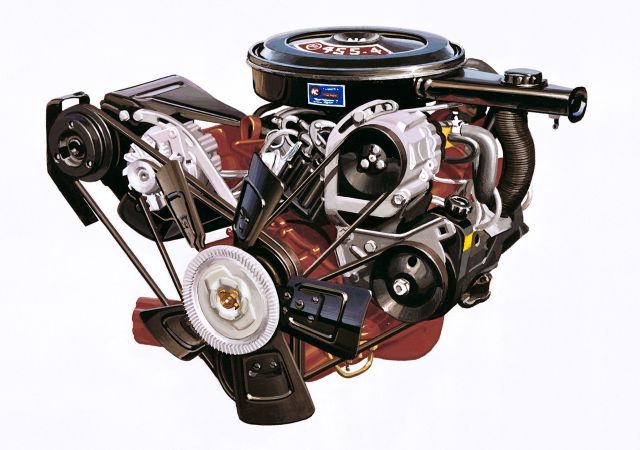 Buick introduced their 455 V8 in 1970. It had the same displacement as Pontiac’s V8 but came with different technology and construction. The updated bore and stroke dimensions and thin wall casting made Buick’s unit the lightest of all GM big blocks. This improved the performance of any car they put it in during that time.

The initial power output was a healthy 350 to 360 HP, but the torque was an astonishing 510 lb-ft. That was only 10 more than Pontiac 455, yet it was enough for the Buick 455 to be the engine with the biggest official torque rating in the muscle car class. They installed this unit in Buick’s luxury car lineup. However, a small amount of them went into the GS, Riviera and GSX muscle cars. They ceased production of this engine in 1976 when its output was around 250 HP. 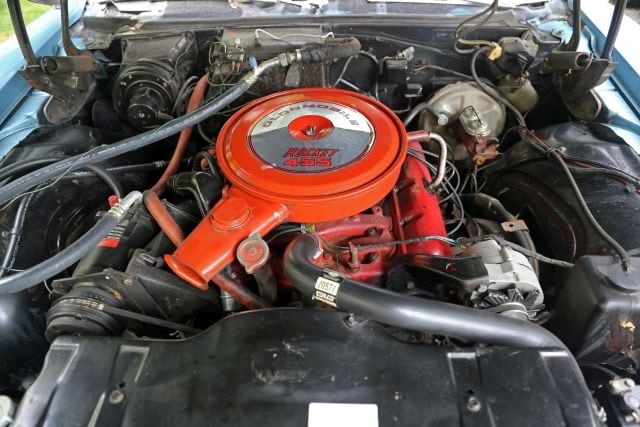 Oldsmobile presented its own 455 V8 in 1968. It was the same size as the Pontiac and Buick 455s. They based it on the previous Oldsmobile big blocks like the 425. However, the 455 was an improved version with more bore and stroke, different heads and a few other updates. In comparison to other similar engines on the market, the Olds Rocket 455 produced the highest amount of horsepower, too.

The ratings for the base Rocket 455 V8 was only 275 HP. But most of the engines they produced delivered 375 HP because they had four-barrel carburetors. From 1968 to 1970, Oldsmobile produced a performance version of the Rocket 455, installing it in the Toronado GT coupe.

It delivered 400 HP, which was the biggest officially-rated number back then. As with other big blocks from GM, they retired the Rocket 455 V8 was retired in 1976. However, Oldsmobile produced a few more units until 1978 for motorhomes and various other industrial buyers. 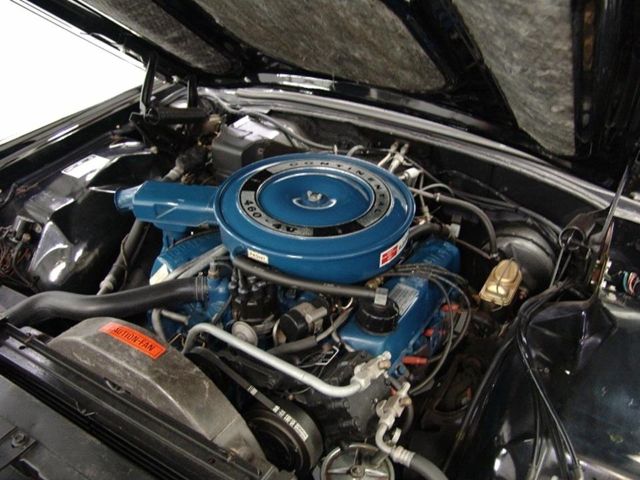 The biggest passenger car engine Ford Motor Company ever produced was the famous 460 V8. They initially designed it for the Lincoln and Mercury. Ford based it on an old 385 V8 engine. They thoroughly re-engineered the 460 with future fuel and emissions regulations in mind. This made the 460 V8 the first truly modern 60’s big block.

Ford introduced the 460 V8 in 1968 in the Lincoln Continental Mark III coupe. The 460 delivered a solid 365 HP and a healthy 485 lb-ft of torque. Ford designed it as a luxury car engine, and in the Lincoln, it delivered smooth power and effortless cruising. Like other big blocks, they phased out the 460 V8 in the late 70’s for passenger cars. However, it continued to serve in heavy-duty trucks and motorhomes until 1997. 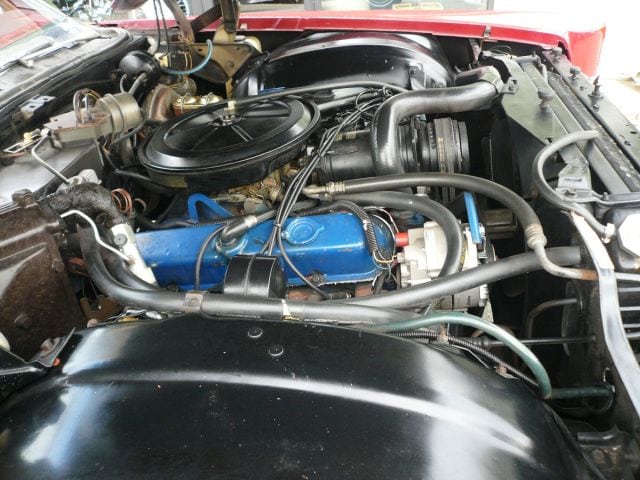 In a relentless quest for performance, power and prestige, Cadillac introduced the 472 V8 in 1968. It was the biggest passenger engine in the world at the time. The new power plant replaced the 429 V8. And with 50 more CID, came new technology and more power. 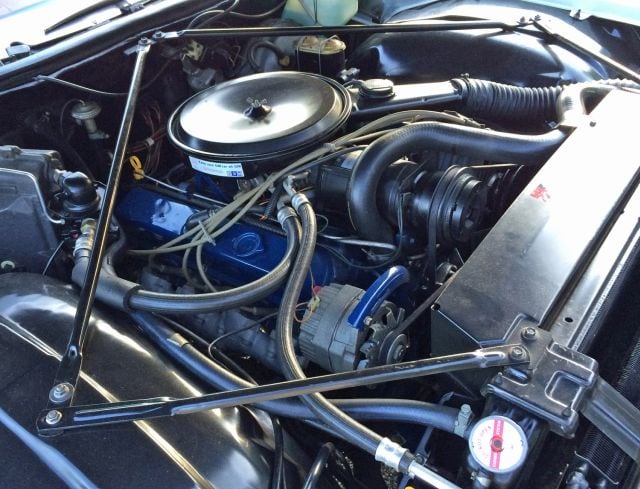 Despite the fact Cadillac’s 472 was an enormous and extremely potent engine when they introduced it in 1968, GM’s top luxury brand wanted more. So, just two years later, they introduced the mighty 500 V8. It had the biggest displacement in the world. At first, they installed the new engine exclusively in the Eldorado coupe.

But from 1975 it was available in Fleetwood sedans and limousines and De Villes, as well as consumer’s engine of choice for any commercial chassis. The 500 V8 produced 400 HP for 1970 and an astonishing 550 lb-ft of torque. Unfortunately, emissions regulations also affected this engine. So, it gradually lost power to the point where the once mighty and enormous V8 only produced 190 HP. They ceased production of the 500 V8 in 1977. 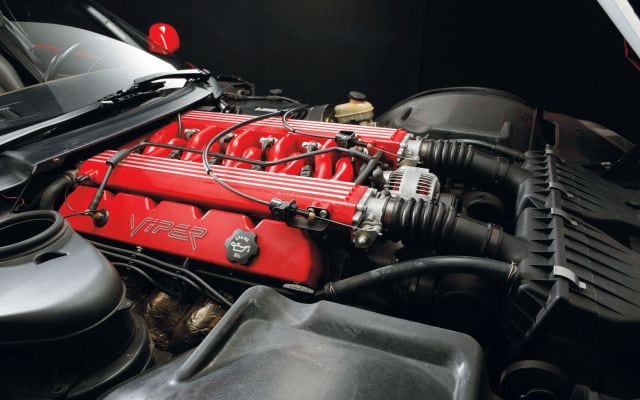 In the late 80s when Dodge started the Viper sports car project, it faced a problem since the company didn’t have a proper high-performance, high-output engine. Back in the day, American car manufacturers had just started producing engines with substantial power. The biggest power plant Dodge had was the 5.9-liter V8 with 230 HP. The Viper project demanded a bigger, more powerful engine. So, Dodge engineers produced a couple of prototypes using the 5.9 Magnum block with two more cylinders attached, creating the V10 configuration.

This engine proved to be promising, so Chrysler decided to develop it, not only for sports cars but for their truck division, as well. The final version grew to an enormous 8.0-liters or 500 CID. Dodge embraced the V10 configuration, which was and still is exotic for a mainstream American car maker. They designed the truck V10 iron block and internals to provide torque as well as power. It also provided strength and durability under hard working conditions.

The sports car version had an aluminum block and more power for better performance. Although some people say the V10 in the Viper is the same engine Dodge used in its trucks, that is not true. They are similar in construction and architecture, but the materials and output are not the same. Also, a few components are interchangeable. The first-generation Viper engine produced 450 HP and 490 lb-ft of torque, which were impressive numbers for the early 90’s. 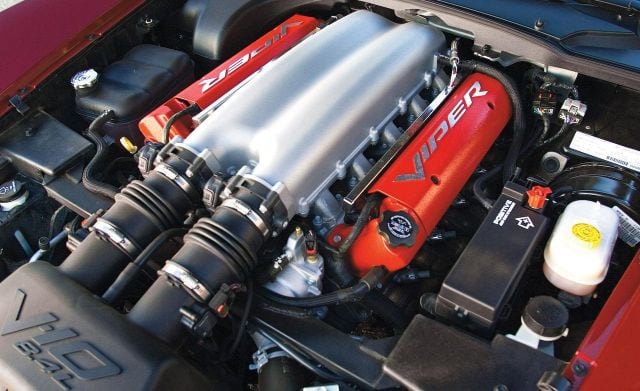 In 2003, Dodge presented their next generation of a monstrous engine, along with the second-generation Viper. The basic construction was the same, but they improved the cylinder heads, along with the cooling system and valve train. The displacement grew to 8.3-liters and 505 CID, and the power climbed to 510 HP. This engine went into the Dodge Viper and Dodge Ram SRT-10 pickup, making it the fastest truck in the world.

In 2008, Dodge introduced a slightly improved version of the same engine which produced 600 HP and a slightly bigger displacement at 8.4-liters. In 2013 with the introduction of the last generation Viper model, the 8.4-liter V10 returned, but with 640 HP. Unfortunately, they stopped producing the Dodge Viper in 2017, so Dodge stopped producing this fabulous engine, as well.

These are the 12 biggest passenger car engines ever to come out of Detroit city. Although they are legendary, today’s car fans are waiting for the next generation of monster engines. Who knows – with fuel economy improvements for larger motors, as well as electric and solar power – we may see some of these beasts return.