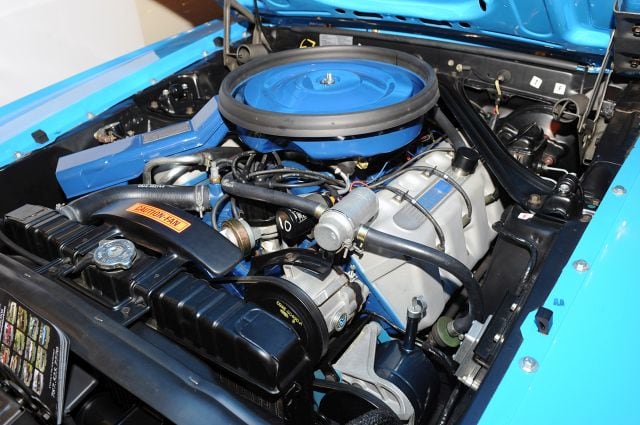 The mythical Boss 429 engine is a proper muscle car legend. They conceived it in 1969 as a pure racing engine they intended for use in NASCAR championship. The Boss 429 featured a totally different engine architecture than the rest of Ford’s big blocks. The Boss 429 was much wider and had semi-Hemi combustion chambers. They helped achieve higher revs, better flow inside the head and ultimately produced more power and torque.

Although the factory rated it at 375 HP, this unit produced over 500 HP, and much more in race trim. Ford decided to put this engine into the Mustang, creating a limited production Boss 429. However, NASCAR decided not to homologate it since the series only accepted intermediate and full-size cars and the Mustang was a pony car model. So, Ford homologated the Torino Talladega as a body and the Boss 429 as an engine. They participated in the 1969 season with Torinos and Mercury Cyclones powered by the Boss 429 engine.

Those cars proved successful, winning 30 out of 54 races that year. The secret was they designed the engine and the Boss 429 to run at high rpm for long periods of time. It could even achieve its peak power high in the rpm range. That is why the Mustang Boss 429 never fulfilled its street racing potential. This mighty engine needed long super-speedway tracks to show its true power, rather than short quarter-mile stretches.