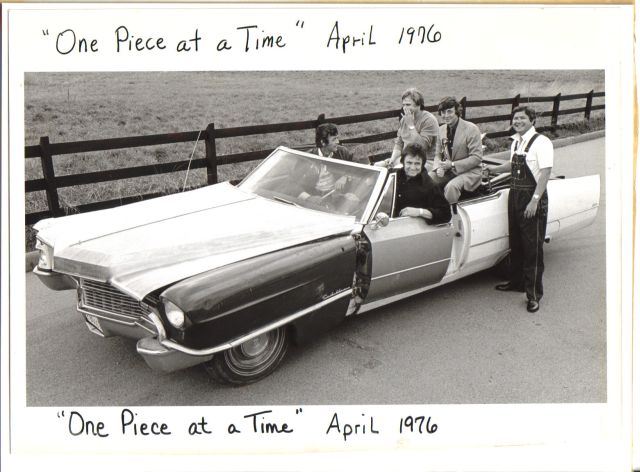 One of the biggest legends of the American music scene is Johnny Cash, aka The Man in Black. Throughout his 50-year career, Cash was a pivotal country music artist who helped shape the genre. In 1976 he released his song called, One Piece at a Time, a classic and one of his last chart toppers before his death in 2003. The song is about a man at GM who works on a Cadillac assembly line. He comes up with a plan to get a Caddy without spending a dime.

Over the course of 24 years, he collects the parts, but things didn’t work out exactly like he planned. Some people say they built two models of the car they called the Psychobilly Cadillac or Patchwork Cadillac. Bruce Fitzpatrick of Abernathy Auto Parts and Hilltop Auto Salvage in Nashville, Tennessee built one Cadillac to promote the song.

They displayed the first car at the House of Cash Museum until it closed and they crushed it. Bill Patch and the Lions club of Welch, Oklahoma built the second car, which still remains at the Historic Auto Attractions Famous Cars and Stars.