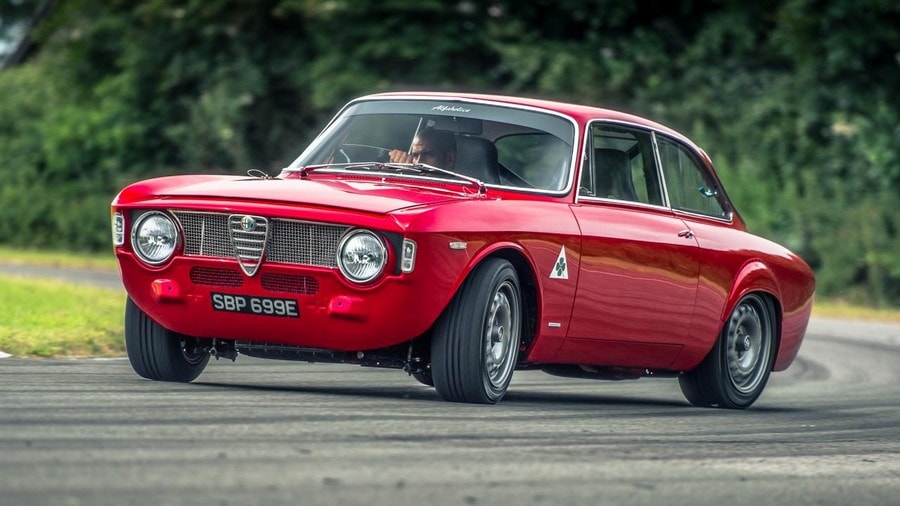 Classic Alfa Romeos are one of the most beautiful, yet obtainable classics from the 1960s. The romantic lines of the Tipo 105 Coupe are as elegant and dynamic as they were 50 years ago. So it’s not hard to understand why classic car fans went crazy over those beautiful coupes. However, those who know classic Alfas will tell you that beauty is often only skin deep. Alfas were known to be rust-prone, not exactly well made, and far from mechanically sound. 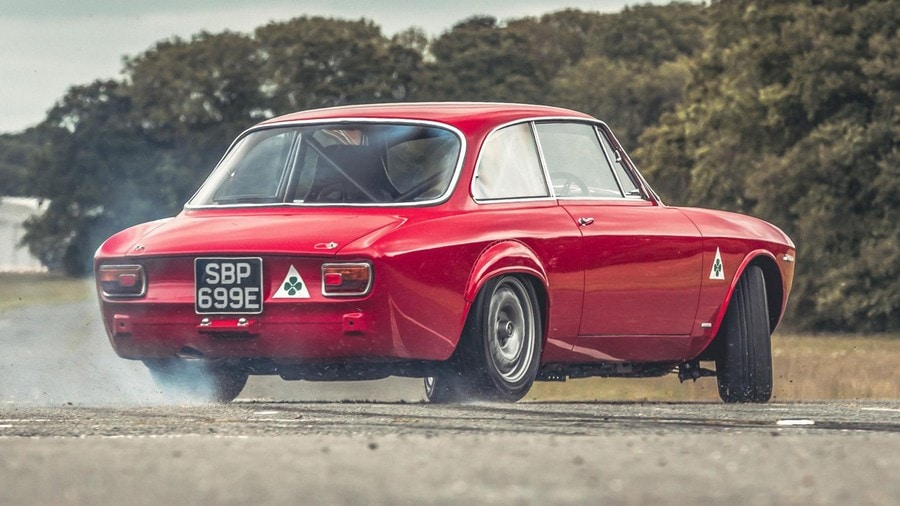 But a company called Alfaholic from England is aware of that as one of the prime restorers of classic Alfas in the United Kingdom. Over the years, the idea of the ultimate Alfa 105 Coupe emerged and Alfaholics had the knowledge and hardware to pull it off. So in 2014, they produced their first restomod coupe they called the GTA-R 290. From the outside, it looks like an Alfa Romeo GTA in its classic racing version. But a second look reveals the improvements and an amazing level of detail.

Under the hood is a blueprinted 2.3-liter four-cylinder twin-cam Alfa engine with individual throttle bodies and fuel injection. The engine delivers 240 HP and sends them to the rear wheels over a special lightweight five-speed manual transmission. The suspension is custom made with disc brakes all around. The whole car weighs 1,500 pounds and can lap the famous NÃ¼rburgring track in less than eight minutes. Best of all, this Alfa won’t leave you stranded by the side of the road and it won’t rust.