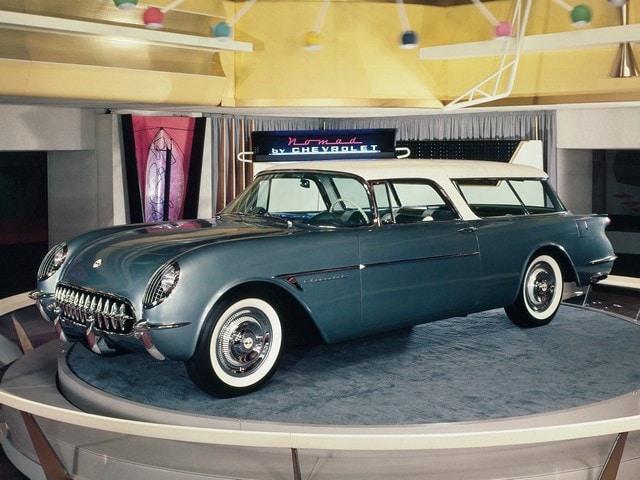 In 1954, Chevrolet presented the Corvette Nomad. They named it the “Waldorf Nomad” since it made its debut at the Waldorf Astoria Hotel. Interestingly, it was practically a Corvette station wagon. The design proved to be so influential, Chevrolet presented the Nomad as a three-door station wagon and part of the mainline Chevrolet model lineup just a year later. Also, the Corvette Nomad was one of the most popular concept cars from the Motorama period.