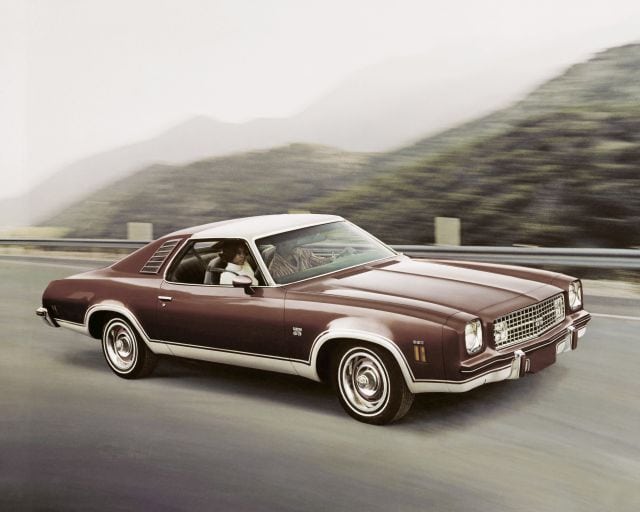 Despite the fact it was an upscale model of the early 70’s Chevelle lineup, the Laguna went unnoticed and today people have forgotten about it. Back in the day, Chevrolet tried to make the Laguna desirable by giving it several body styles. They added a 350 V8 as the base engine, although with only 145 HP, and a long list of optional extras. However, nothing helped and after a few years, they discontinued the Laguna.

Car fans can consider the Laguna one of the last classic Chevrolet muscle cars since they only offered it in the coupe body style for 1974 with an optional 400 V8. Unfortunately, the power level wasn’t high, but the big 400 produced enough torque to spin the rear wheels. 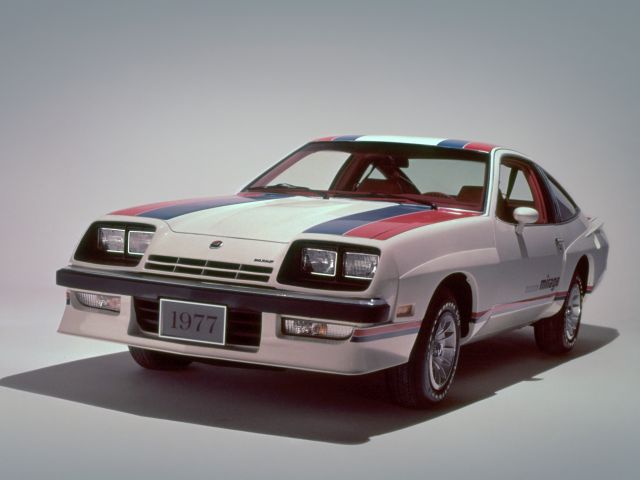 Chevrolet introduced the Monza in 1975 as the newest GM compact model with a modern design. It also came with updated equipment and a wide arrange of versions and trim levels. The Monza succeeded the Chevrolet Vega and it sold well on the U.S. market, but also abroad. However, the lack of a performance version was evident since the compact and relatively light platform would benefit from a powerful engine. Chevrolet didn’t think a performance model or a muscle car version would have a big market, so they didn’t bother developing it.

However, Chevy contracted an outside company, Michigan Auto Techniques, to make a muscle car Monza for 1977. Called the Monza Mirage, they produced this one-year model in 4,000 examples. It featured a 305 V8 with just 145 HP. The design was quite striking with a white body, front and rear spoilers, and special wheels.

The paint scheme was patriotic with red, blue and white stripes all over the body. Chevrolet realized there was a market for sporty variants. They decided to introduce the Monza Spyder for 1978, leaving Michigan Auto Techniques without a contract for 1978 and sending the Monza Mirage to the history books. 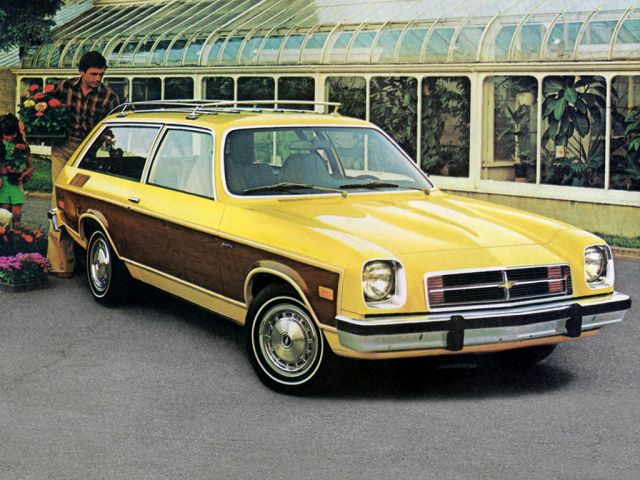 The Monza Estate wagon was a strange, obscure model in Chevrolet’s history. It was the crossbreed of two cars, the Chevrolet Monza and the Vega. Both of those models were economy cars from the 70’s Chevy produced in big numbers that were common on the roads. However, for the 1978 model year, Chevrolet introduced the Monza Estate Wagon. It was, in fact, a Vega with a three-door wagon body.

The base engine was 2.5-liter Iron Duke four-cylinder unit. But for some areas, the bigger V6 was available. Since the Monza Estate Wagon used a leftover Chevrolet Vega body, it wasn’t a particularly desirable model. So, Chevrolet produced less than 3,000 Estate Wagons before discontinuing the model in late 1978. 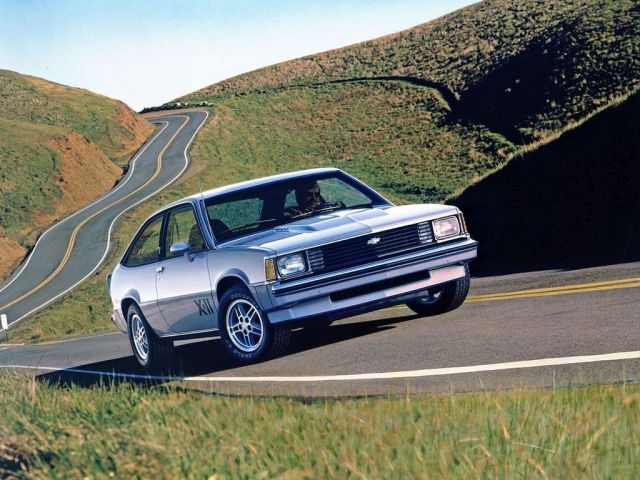 The Chevrolet Citation X-11 is an interesting car. It is a compact, front wheel drive hatchback Chevy produced from 1980 to 1985. However, it had a somewhat powerful V6 engine and muscle car looks. It would be the best to describe this car as a fine line between an American hot hatch and a late model muscle car since it featured aspects of both segments.

The Citation was a modern model Chevrolet needed to fight the import models. It came in a wide arrange of flavors. The X-11 featured a 2.8-liter V6 engine and 135 HP. Despite the fact it doesn’t sound like much today, it was solid power at the time. The X-11 had a few more tricks up its sleeves, such as a sport-tuned suspension, sharper steering and better brakes.

From the outside, car fans can differentiate the X-11 by its special bulged hood and trim details. The magazine testers of the day spoke highly of the X-11 as much more than just a stronger engine and appearance package. Unfortunately, this model is lost in the car corridors of time and only die-hard Chevrolet fans remember it. 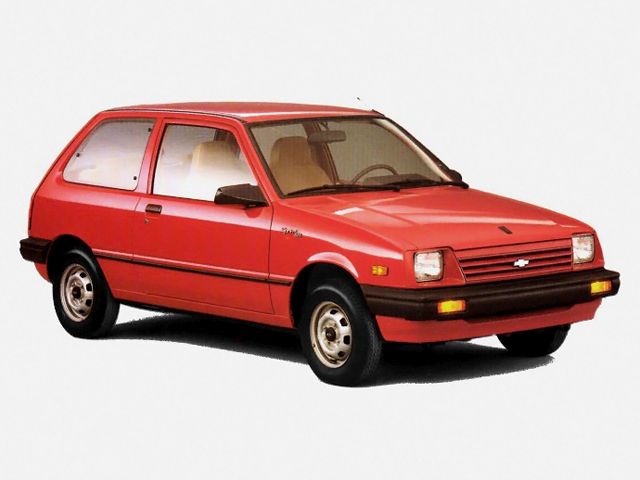 Nobody remembers the Sprint and there is a good reason why. Suzuki originally produced the car, calling it the Citrus. It was a supermini compact with a diminutive three-cylinder engine, 1.0-liters of displacement and 48 HP on tap. For car fans, it was nothing to write home about.

The interesting thing about the whole Chevrolet-Suzuki deal was that U.S. manufacturers started investing in rebranding small compacts and trading know-how with foreign companies. Eventually, Chevrolet introduced the Sprint, which was somewhat of a hot hatch and they called it the Sprint Turbo. Under the hood was a 73 HP turbocharged engine and since the weight of the car was just 1,600 pounds, it delivered great performance. 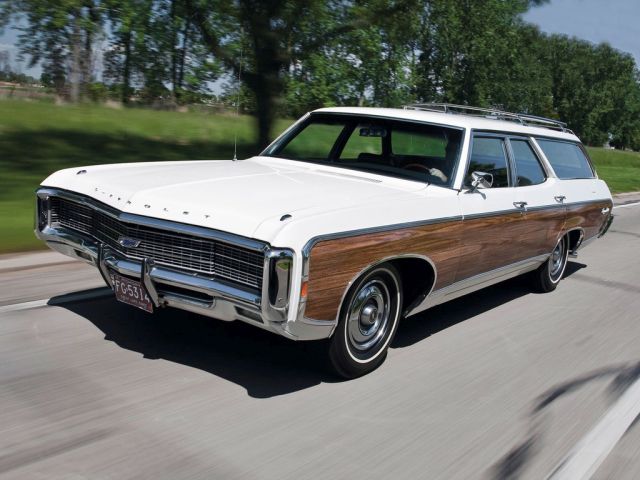 The classic Chevrolet station wagon lineup was always quite complicated to figure out. Drivers had different trim levels with different names and different body styles with different engines. This made it hard to decide which one to buy without the help of a brochure or a dealer. That is why there are several forgotten station wagons because people just couldn’t remember them all.

One of those models is the Kingswood. Sitting on the top of the wagon range, they produced the Kingswood in 1959 and 1960, and again from 1969 to 1972. Those models were always the most expensive, biggest Chevrolet wagon offerings with powerful engines and a long list of creature comforts.

The most interesting are the late 60’s models that featured unbelievable specs. You could order the Kingswood with lush woodgrain trim, chrome luggage carriers, heavy duty components and with full big-block power. The 427 and 454 V8 powered wagons were almost as fast as those muscle cars, but they could seat up to nine people. 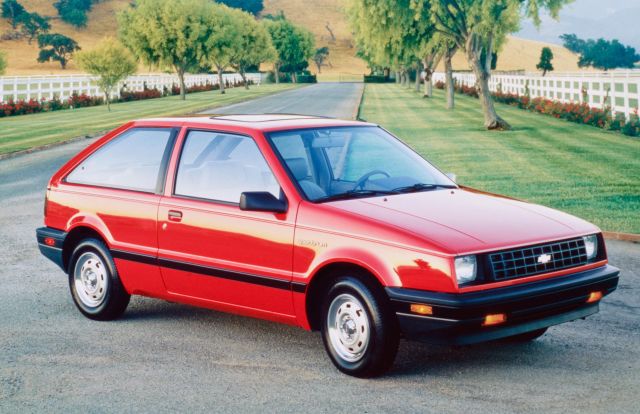 Chevy produced the Spectrum from 1985 to 1988. It was another compact car Chevrolet rebadged to sell as its own. The famed Italian designer, Giorgetto Guigiaro, designed the Spectrum, which was, in fact, an Isuzu Gemini.

Under the hood was a 1.5-liter four cylinder with 70 HP or the turbocharged version of the same engine with 111 HP. The later engine brought some performance to the otherwise ordinary Spectrum. After it Chevy discontinued it, the Spectrum appeared as the Geo. It was another lost GM economy brand they sold until 1990. 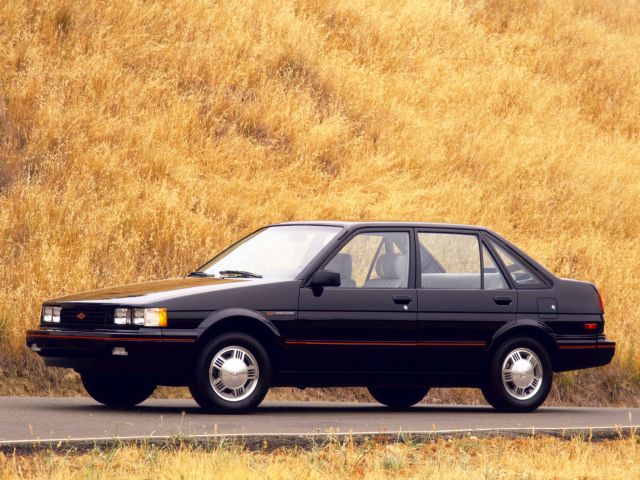 The next offering of obscure and rare Chevy models is not the classic late 60’s Nova. In fact, this list is talking about the 1985 to 1988 Chevrolet Nova, which is a forgotten and obscure model. If you think you have seen this car before, you are probably right. You did see it, but with a Toyota badge on the grille.

They built it in California, in a plant shared between Toyota and Chevrolet, so the Nova was Chevrolet’s version of the Toyota Corolla. It was a clever plan. To fight those import cars, Chevrolet imported the import, and sold it as its own model. However, despite the good initial sales and highly praised Twin Cam version, the market just forgot about the Nova.

By the early 90’s, they marketed all Chevrolet’s economy cars, inexpensive models and base line import rebadged cars under the Geo brand. However, after the 1997 discontinuation of the Geo, some economy models returned to Chevrolet’s line up. One of those cars was the Prizm.

The Prizm was a compact sedan with a modest engine, interior equipment and a low price with wide appeal. Chevy based it on the Toyota Corolla, which was the same as the Nova 10 years before it. Interestingly, car fans forgot the Prizm soon and they discontinued it in 2002 because it wasn’t particularly fast, good looking or special in any way. 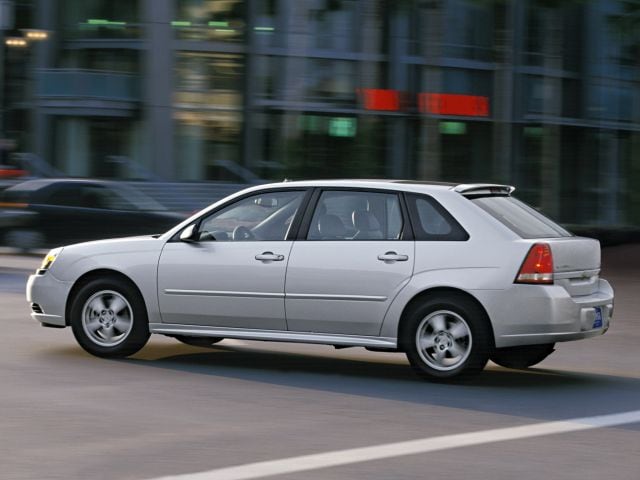 Chevy introduced the Malibu Maxx in 2004 as a bigger, more practical version of the economy, compact Malibu. The Maxx version was an interesting option since it was slightly longer than the regular model. It also had more room in the back and featured a hatchback rear end. In contrast to the standard Malibu, the Maxx had more space and practicality, but a slightly awkward design and appearance.

The base engine was a 2.2-liter four-cylinder, but the interesting version was the SS. With a 3.9-liter V6 engine and 240 HP, the Malibu Maxx was capable of a convincing performance. However, the market didn’t seem to understand the appeal of the Maxx, so they discontinued it in 2007. 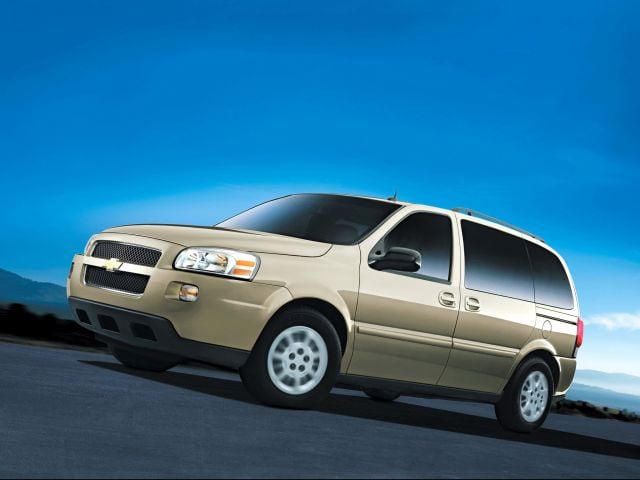 Even though Chevy discontinued the Uplander not so long ago, in 2008, most car buyers have forgotten this minivan. Conceived as Chevrolet’s entry in the minivan segment, the Uplander shared the platform, engines and design with other GM products like the Pontiac Montana and Buick Terrazza. The base engine was a 3.5-liter V6, but the 3.9-liter V6 unit was optional. The standard versions came with front-wheel drive and later AWD was also available.

However, even though the Uplander had decent technology and design, it was a slow seller. The car just wasn’t special or desirable. It also had some mechanical problems, poor assembly quality and less than perfect interior materials. After a few years on the market, it was gone by 2008 and nobody has missed it since.

These obscure and forgotten Chevrolet models may have struggled in their time, but today car fans are in search of them. After all, who doesn’t want a car most other drivers have never even seen on the roads? They are unique pieces of car history.