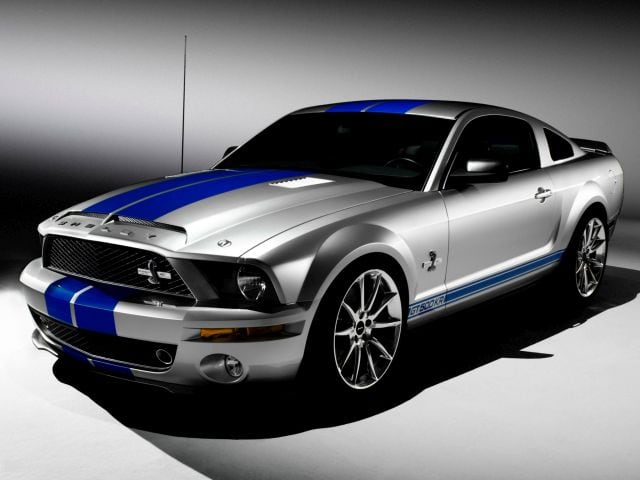 In 2008, Ford finally returned to its roots and made a deal with Carroll Shelby to produce a new Mustang with a legendary name: GT500KR. Like the classic Shelby GT500 KR, which stands for King of the Road, the 2008 model came with special exterior features. It was in limited production and it had a 540 HP engine. It was the most powerful engine Ford produced at the time at 540 HP which, 10 years later, is a significant number.

But the specification of the engines is the best part. It was an iron block with forged pistons and 32-valve heads, with a dry sump and a massive supercharger on top of it. The engine performed fantastically, but it also looked great. They featured this engine in the 2007 to 2009 Shelby GT500 and GT500 KR, but also in the legendary Ford GT. You may ask what is so special about the 2008 GT500KR that makes it cost over half million bucks?

This was the first one the famous Carroll Shelby made, signed and delivered himself. They well documented the car with a serial number 0001 of 1,000. Besides that, the money from this sale went to charity. The bidder knew the funds were going to a good cause.