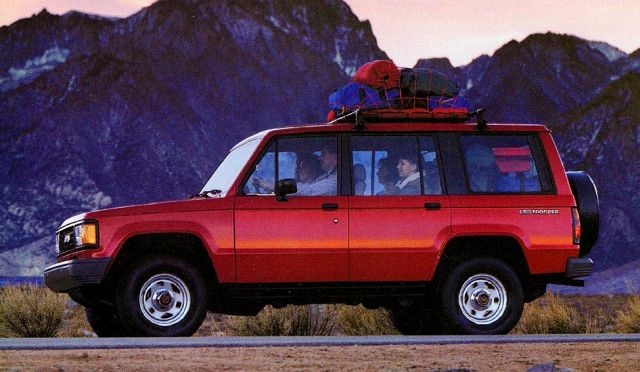 In 1981, the Isuzu Trooper was the perfect car for the time. It was a relatively spacious, great-handling off-road SUV with dependable mechanics. Also, it had an attractive design and lots of character, which was something Japanese cars often lacked. The Trooper was a capable off-road vehicle but still retained a certain level of on-road highway manners.

These features made it equally at home on dirt roads, as well as on the interstate. But, their U.S. competitors all had V8s and bigger engines, so the Isuzu 2.8-liter V6 didn’t sound like much. But it was enough for all purposes and off-road driving. From today’s perspective, the Trooper looks a little boxy. But that’s how the SUVs from the 80s all looked.

Also, one of key characteristics of this model is its impeccable build quality. This means that there are a fair number of survivors on the road today. And lastly, the Trooper has earned a cult status among classic SUV fans. 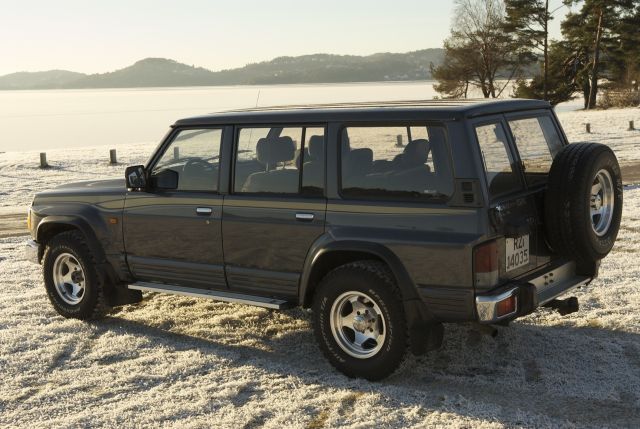 Today, most U.S. customers recognize the Nissan Patrol as the Armada as a big, heavy luxury SUV in two-wheel drive configuration. But long ago, the Patrol was a serious off-road vehicle they intended for heavy duty use with mechanics to cope with tough terrain. Nissan designed the Patrol as a competitor to the FJ 40 Land Cruiser.

However, the Patrol matured by the early 80’s into a modern SUV with global appeal. Nissan redesigned its chassis and engines, as well as the interior and introduced the third generation Patrol in 1980. It was a boxy SUV with lots of interior room, tough mechanical components and undeniable off-road capabilities. 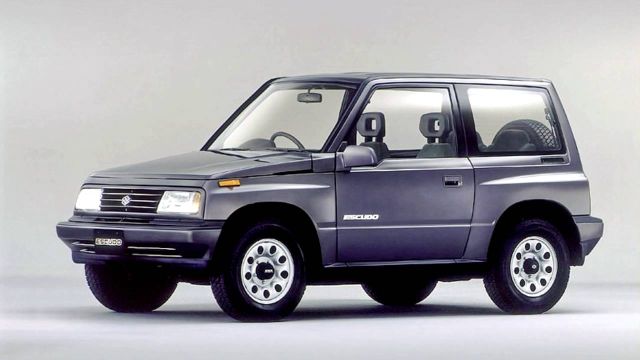 In the late 1980s, the Suzuki Motor Company needed something to make buyers forget the Samurai scandal. They wanted to regain the position they lost on the compact SUV market. So, the answer was the new and modern model they called the Sidekick or Vitara. It was Suzuki’s global project to introduce a more on-road oriented model to appeal to the younger crowd. But, it was safer with updated equipment, making it more usable than the small, problematic Samurai.

They introduced the first generation Sidekick or Vitara in 1988. And it immediately met universal praise from car buyers and the motoring press. It was the right model for the times with cool looks, nice options, long and short wheelbase versions and an optional open top. It could be a family SUV, as well as a fun vehicle for weekend trips.

Under the hood were several gasoline engines. Although they were all relatively small in displacement and power, they were enough to help the compact Sidekick perform similar to or better than its competitors. The production of the first generation lasted from 1988 to 1998 and the replacement model was the Chevrolet Tracker.

Did you find your favorite in this list of 10 classic and rare Japanese off-road SUVs? Whether you like to go off-roading or prefer to stick to the pavement, there is one here for you.

50 Worst Cars To Come Out Of The New Millennium
POPULARCameron EittreimMay 25, 2022 41: Chrysler 200 The Chrysler 200 was a project spearheaded by Fiat/Chrysler with a billion-dollar...

Popular ’90s Sports Cars That Failed To Justify The Hype
CarsCameron EittreimJanuary 15, 2020 17. Acura Legend Coupe During the ’90s, Acura was just coming into its own. The...
- Advertisement -
Advertisement
Please wait 5 sec.