Top 10 Most Expensive Cars Ever Sold

What makes a car worth a lot of money? Many factors contribute, but at the top are rarity, volumes of production, desirability, nostalgia and design. Although other variables such as condition and previous awards count towards value, there’s no denying those top 5 contributors.

When these beauties hit the auctions, serious money is spent. Looking back over the most expensive cars ever sold, most of them are Ferrari. Instead of listing every one, we’ll simply pick out the most expensive of each manufacturer.

Enjoy the top 10 most expensive cars ever sold, listed in US Dollars. 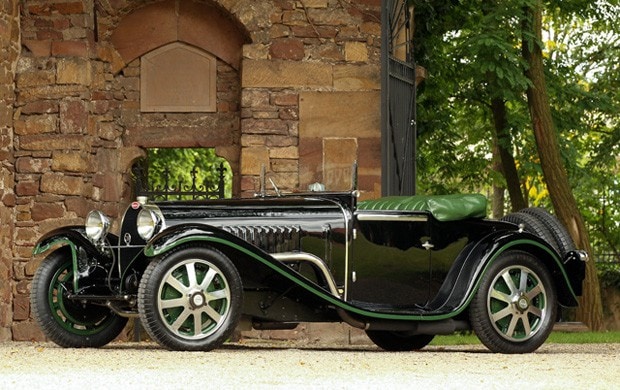 Manufactured from 1932-1955, the Bugatti type 55 is the Bugatti ever sold at auction. Fetching $10.4 million, the 2-valve straight-8 engine was later used for the racing model of the car.

Known as ‘the most luxurious American vehicle ever made,’ the Duesey is an iconic motor for many reasons. Used in the US and Europe, the car was a must-own vehicle for the elite of that era.

Even the infamous gangster Al Capone sported a Duesenberg. For the time, the straight-8 265 horsepower engine was revolutionary. 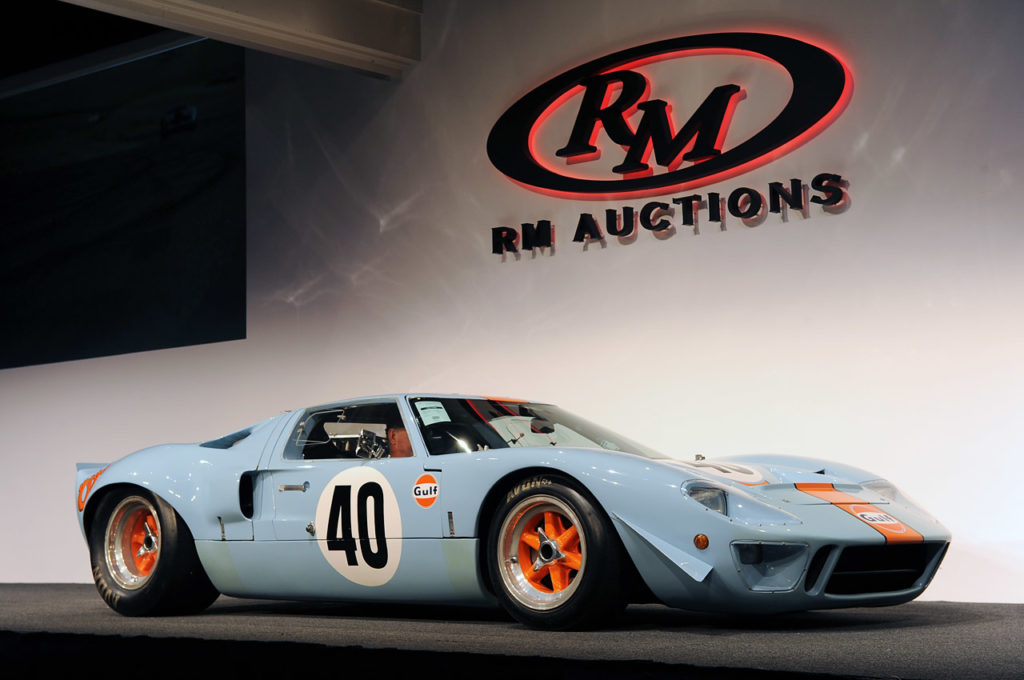 The classic GT40 has always been a hit with car fans, but this particular motor was special. The lightweight Gulf/Mirage GT40 had won races, worked with Steve McQueen and is in immaculate condition. The huge price tag was a record for RM auctions.

No buyer was named. 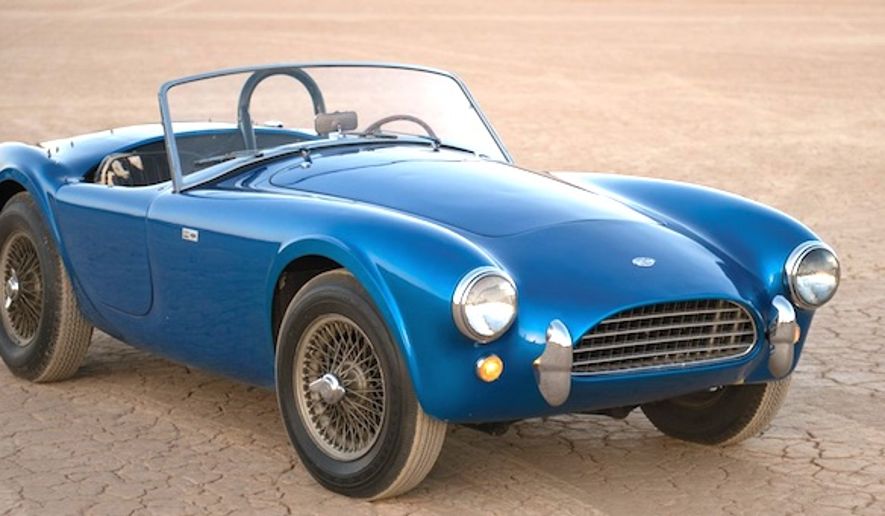 Asking yourself why this particular Cobra is so special? Well, it was literally the first ever Shelby Cobra. As such, it’s a piece of US history, and became the most expensive American car ever sold. 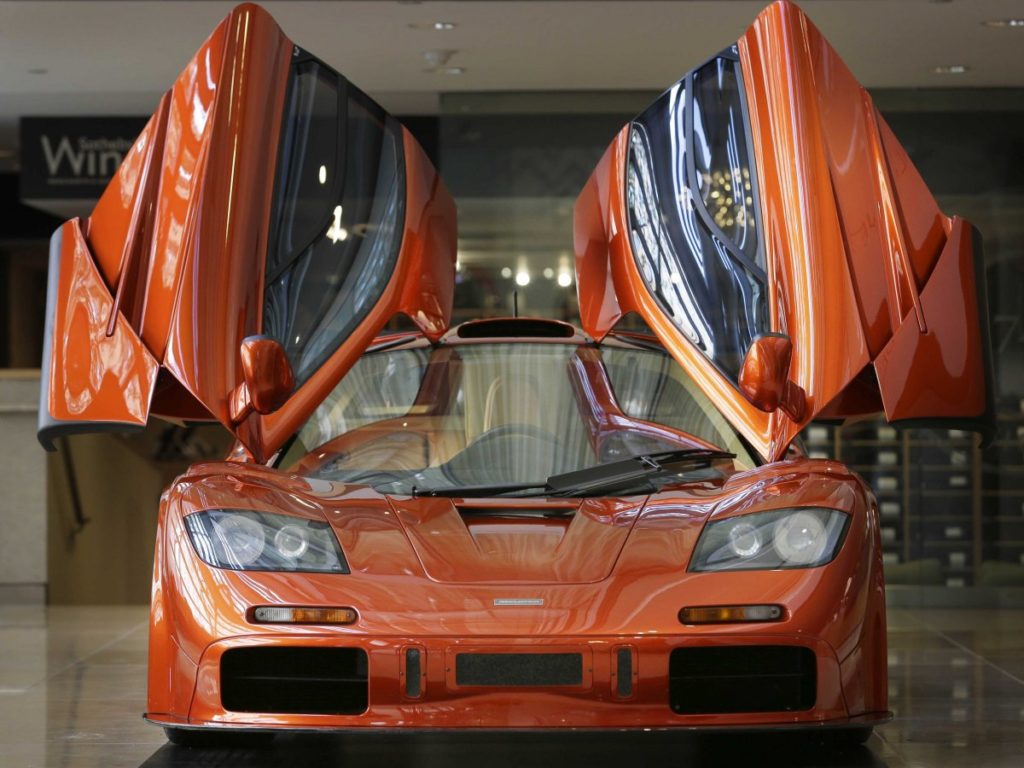 The McClaren f-1 LM Spec is truly magnificent. As told by GT Spirit:

A bespoke 1998 McLaren F1 upgraded to LM-specification has been sold for $13.75 million by RM Sotheby’s. This is the highest price ever paid for an F1.

This McLaren F1 is chassis number 073 and one of only two officially upgraded to LM-spec by McLaren Special Operations and it has quite a rich history. It was originally painted in AMG Green Velvet with a two-tone cream and green interior. Interestingly, the original owner asked for it to be kept by McLaren rather than delivered to the owner’s house or garage. Consequently, it was always serviced on time by the British automaker. 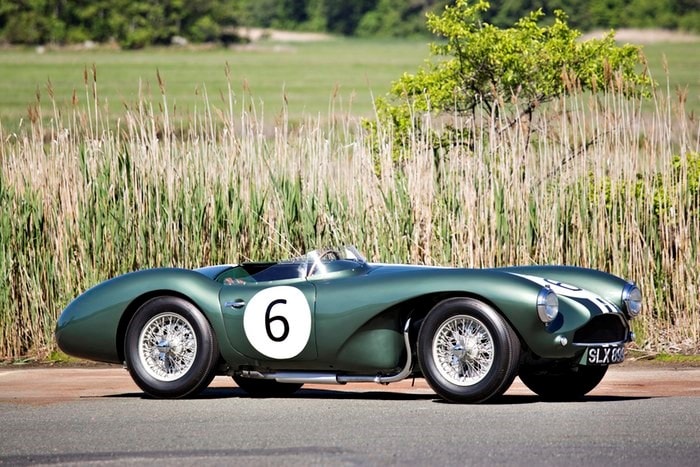 At the time of selling, this was the most expensive British car ever. Since then, the vintage Aston Martin has been pipped to the post. The DB4GT earned the nickname ‘the most coveted road-ready Aston Martin.’ 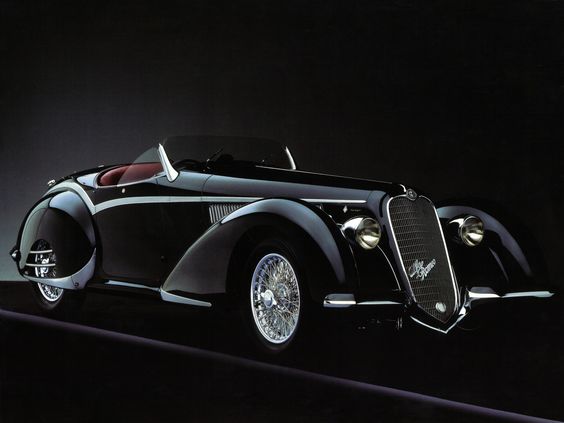 This super-rare and gorgeous vehicle is worth it’s weight in gold, quite literally. As told by TopSpeed.com:

Underneath that extended hood line, you’ll find a 2,905 cc inline eight-cylinder engine. Responsible for the design was Vittorio Jano, the same designer who replaced Giuseppe Merosi as Alfa’s chief engineer in 1923. Jano also designed the V-12 from the Alfa Romeo 12C, and the V-6 and V-8 that replaced the Lampredi and Colombo in Ferrari’s competition vehicles. 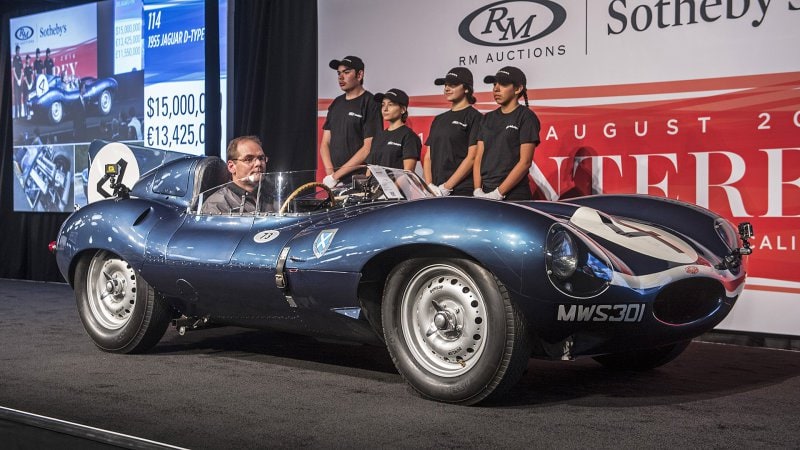 Aside from the fact that the Jaguar D-Type is an amazing car, this one was very special. One lucky billionaire scored a Le Mans winning D-Type for his hefty check. Similarly to this list, the Jaguar pictured above, yes that very car, narrowly defeated the Aston Martin way back in 1956. What a car!

Meet the most expensive Mercedes Benz ever sold at auction. As described by Automoblog.net:

The Mercedes-Benz W196 race car was a near-indomitable machine in the hands of Fangio. Sir Sterling Moss would also win the 1955 British Grand Prix with the W196 racer. Powered by an eight-cylinder, 2.5 liter engine the Mercedes-Benz W196 was an instant winner. Operating from the mid-1954 to late 1955 season in Formula 1, the W196 was retired after Mercedes-Benz pulled out of motorsports following the fatal 1955 Le Mans crash. The race car has become a symbol of a sporting juggernaut was in full focus last week at a Bonhams 1793 auction at the Goodwood Festival of Speed.

The centerpiece of the July auction, a rare 1954 Mercedes-Benz W196 brought a lot to the sale. A vehicle documented to have been driven by Juan-Manuel Fangio to a pair of victories, this exact car with vehicle identification number 196 010 00006/54 won its debut event at the German Grand Prix for Mercedes-Benz. The race vehicle was also driven by Fangio in a grand prix where he clinched the Argentinean’s second Formula 1 championship in 1954. Spending time in museum and private collections since its retirement, the Mercedes-Benz W196’s sale would again associate Juan Manuel Fangio with a record-setting performance as it found a new home.

AND FINALLY THE MOST EXPENSIVE CAR EVER SOLD! 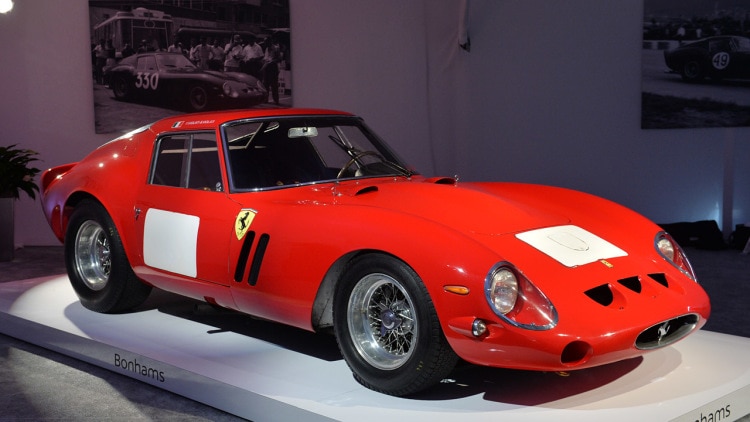 Although classic and iconic cars are on sale the world over, this price will be very hard to beat. This rare prancing horse is one of just 39 ever built, and privately has reportedly been sold for $52 Million in the past.

50 Worst Cars To Come Out Of The New Millennium
POPULARCameron EittreimMay 25, 2022 47: Pontiac G5 We think it’s fairly obvious that Pontiac had given up most hope...

Popular ’90s Sports Cars That Failed To Justify The Hype
CarsCameron EittreimJanuary 15, 2020 23. Hyundai Scoupe Do you remember the Scoupe? Probably not, but for a brief spell...
- Advertisement -
Advertisement
Please wait 5 sec.