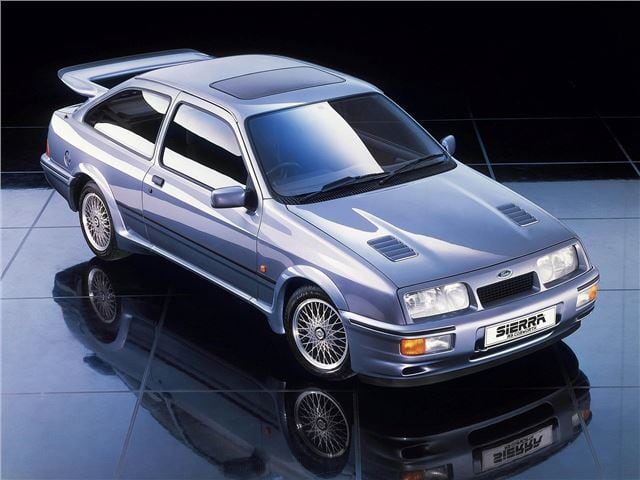 One of the most legendary British muscle cars is the fantastic Sierra Cosworth, which Ford introduced in 1985. The Ford Sierra was an ordinary family sedan they produced in numerous versions. The car featured rear-wheel drive and an independent rear suspension.

But when Ford decided to contract the Cosworth tuning house for a performance model, a legend was born. Cosworth took a three-door body and added a special body kit with spoilers.

Then they added unique wheels and colors. Under the hood was a 2.0-liter turbocharged engine that produced 225 HP. And it propelled the car to 60 mph in just 6.5 seconds. For 1985, those were fantastic numbers. The Sierra Cosworth became one of the hottest British cars on the road. Also, it was successful on the tracks, winning many races.