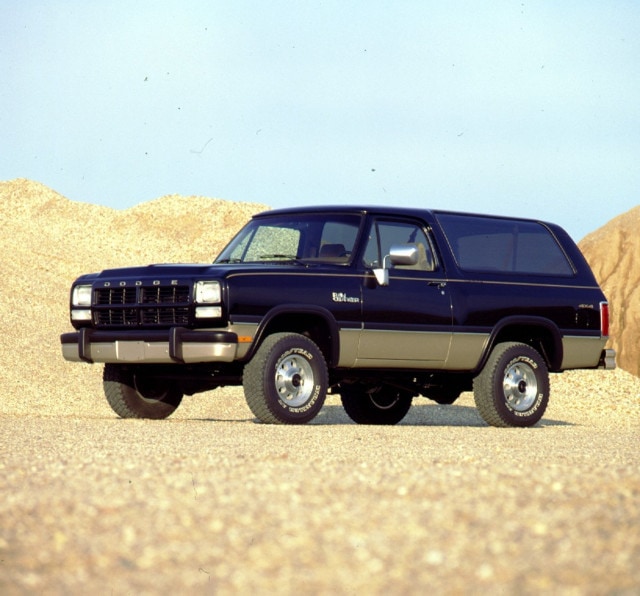 The success of the Blazer and the Bronco inspired Dodge to offer its own off-road model they based on a shortened truck chassis and with the closed body style. They called their new model the Ramcharger, introducing it in 1974, along with the identical Plymouth Trailduster.

The base engine was Chrysler’s venerable 225 slant six unit, but buyers could choose between four more engines, including the mighty 440 V8. The power level of this famous big block was not that high for 1974 but loads of torque was more important for off-road driving and pulling the Ramcharger out of the mud.

They presented the second generation in 1981 and discontinued it in 1994. Basically, it was just an update of the original design. This means that Ramchargers are quite common and affordable, so you should be able to find a decent one with ease. 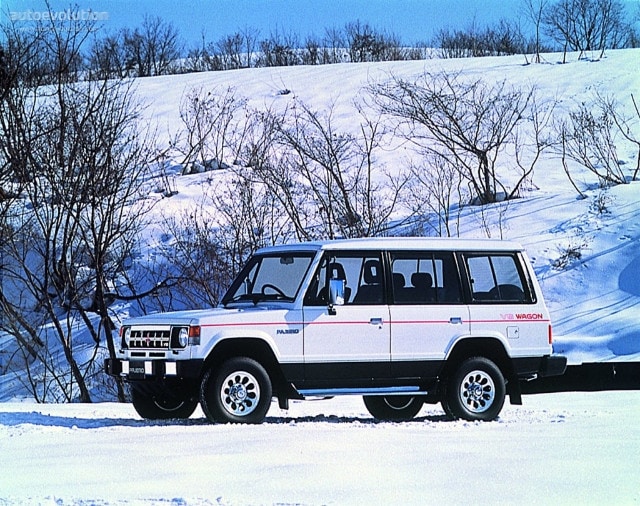 Introduced in the early ’80s, the Mitsubishi Pajero soon became popular in Europe, the Middle East and America. It was a simple but effective off-road SUV that came in many varieties and with a couple of powerful engines. The construction of the original Pajero was basic with a ladder chassis and leaf spring suspension in the back. But its off-road performance was more than good.

Over the years, they upgraded the Pajero to a more luxurious machine, and it even went racing. In the late ’90s, they introduced the Pajero Pinin as a smaller, more affordable version of the original Pajero. However, with the introduction of European SUVs in that class and market, the popularity of the Pajero started to decline. 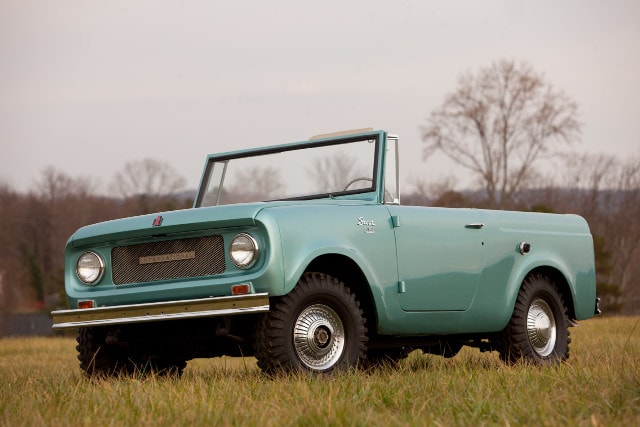 The International Scout was a small, usable off-road SUV with engines ranging from the 2.5-liter straight four to the 4.4-liter V8. Also, it came with a removable hardtop, which meant that every Scout was also a convertible. And better yet, it had a fold-down windshield. The first models were quite basic, so only nature lovers, hunters and forest patrols used them.

But the second generation introduced a more luxurious Scout with more options, better engines, and exterior trim. The Scout was one of the first SUVs to gain a significant increase in value since it was relatively rare compared to the Bronco or Blazer. Also, many Scouts were affected with rust issues, so examples in good condition are hard to find and expensive. However, if you are lucky, you could find a decent Scout for an affordable price. 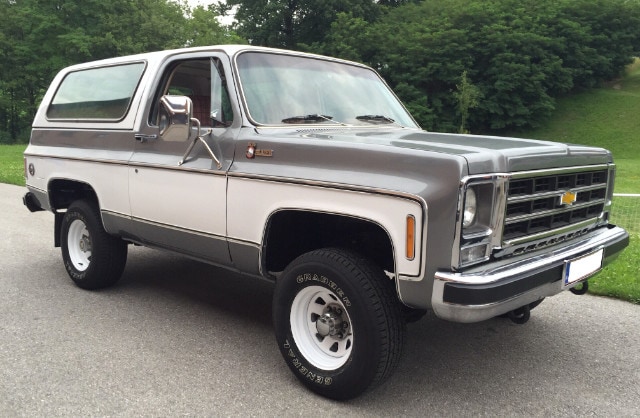 Back in 1969, Chevrolet was caught off guard with the success of the Ford Bronco, Jeep CJ, and International Harvester Scout. Simply, the market wanted small, good-looking and capable off-road SUVs but Chevrolet didn’t have any in its model lineup. Something had to be done so the Chevrolet engineers thought of a brilliant idea. They would use an existing pickup truck and mount a full interior and roof.

And they would name it the Blazer or GMC Jimmy. The idea was great, so soon Chevrolet fans had a new SUV model with bigger dimensions than the competitors. But it also had some bigger engines under the hood. At first, all-wheel drive was the only option. While some versions came with rear-wheel drive only, soon AWD became standard. The Blazer became popular and was used not only by civilians but also by the U.S. military.

It sold well in America as well as in the rest of the world, especially if they equipped it with a 6.2-liter diesel V8 engine. The Blazer was so popular that the second generation stayed in production from 1973 to 1991 with minimal modifications. But the prices are on the rise, so if you want one, you should hurry up. 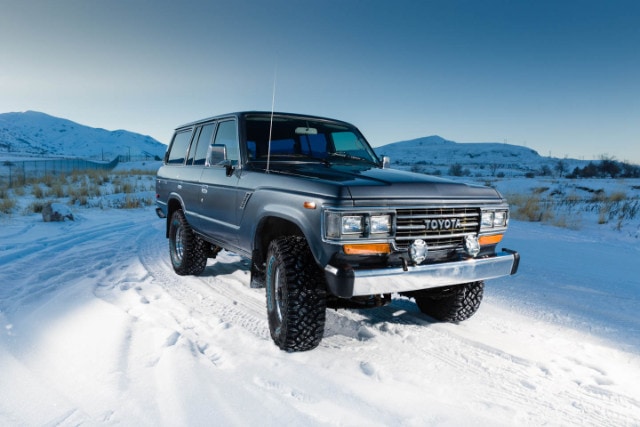 It is insane that good examples of the J60 series Landcruiser are bringing north of $30,000 today, but this is the reality of the collector car market. The classic â€˜80s SUV was affordable not that long ago, but now the prices are getting out of hand. However, the restoration projects are still somewhat inexpensive. So, if you have the means to perform one, you should consider finding a 1980’s Landcruiser.

Toyota introduced the Land Cruiser in 1980 and discontinued it in 1989. They sold it all over the world and it was popular in America. The J60 combined the ruggedness of a classic FJ40 with a durable 4.2-liter inline six-engine and a bigger, more comfortable body. This combination proved influential, so the J60 is now in the focus of collectors all over the world. 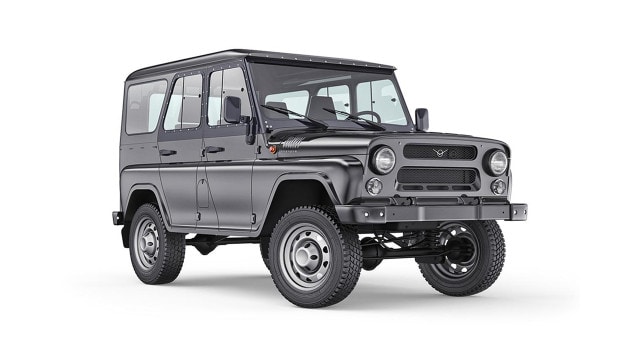 If you want something different and you are not afraid of importing a car from overseas, here is a special vehicle for you, the Russian UAZ 469. Introduced in 1971, the UAZ 469 was a successor of the GAZ 69, a simple and rugged military jeep-like vehicle. They improved the 469 with a new chassis and live axles in the front and rear.

Also, it had a more powerful engine in form of the 2.5-liter four-cylinder gasoline unit. However, despite the various improvements, this was still a crude car. It was extremely durable since they made it for the toughest off-road courses and for military use. It was uncomfortable and simple, but effective. This off-roader is still in production in Russia and still in use all around the world. 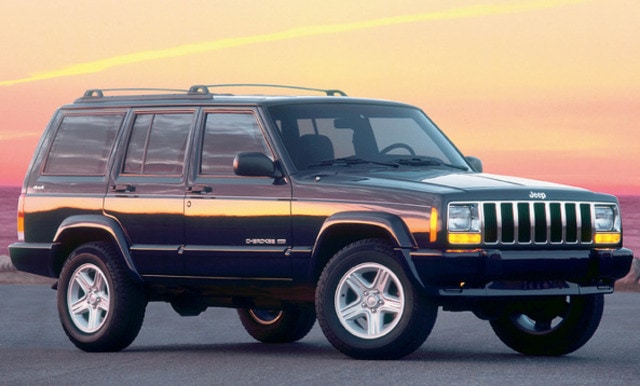 Introduced in 1984, the Cherokee XJ generation was an enormous success for Jeep. It had boxy yet elegant looks, great build quality and lots of usable features. In fact, the second-generation Cherokee was the SUV of the â€˜80s as well as a globally-successful model.

Despite being a modern, comfortable vehicle, the Cherokee XJ retained all the Jeep characteristics like rugged mechanics and a dependable AWD drive train. Also, the engines were great, which helped it claim the title of one of the best SUVs of all time.

In some foreign markets, they produced the Cherokee XJ until 2014. And that just shows how good of a car this Jeep was. The XJ is the next big thing since decent examples are hard to find yet people fondly remember this great vehicle. 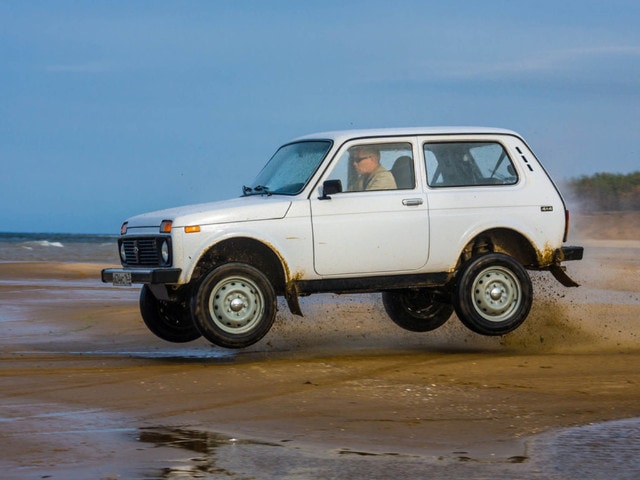