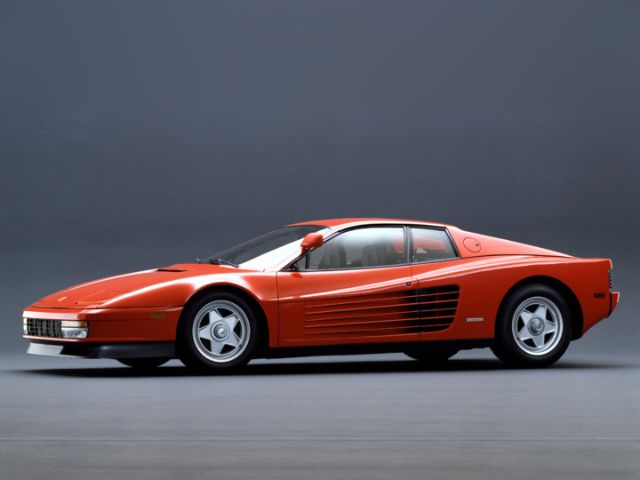 The ultimate ’80s Ferrari is definitely the Testarossa. Ferrari presented it in 1984, basing it on the 512 BB architecture. And then they equipped it with a flat 12 engine and rear engine configuration. But what made it famous was the Pininfarina styling and brutal performance numbers. Both helped it become a legend of the period.

The Testarossa came with interesting engineering with a wide track due to the flat 12 engine. This helped achieve more room in the interior, but it was hard to maneuver the car in tight spaces. It sold well; however, it was only when it was in the popular TV show, Miami Vice, that the Testarossa became a symbol of ’80s car culture.