50 Iconic Supercars Of The Automotive World 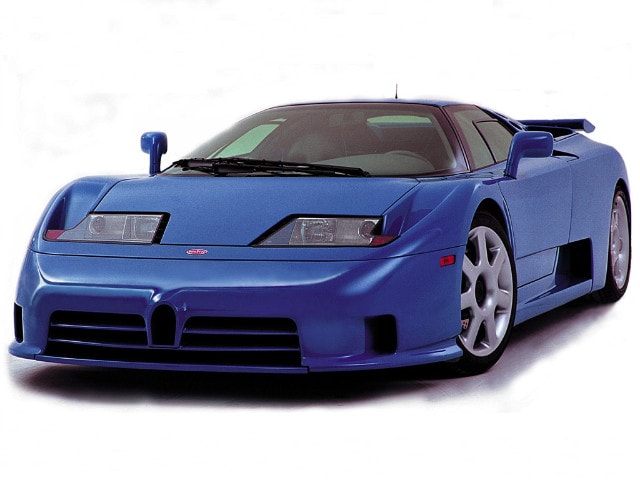 Before the mighty Bugatti Veyron or the new Chiron developed with Volkswagen money, there was the early â€˜90s Bugatti they produced in only one model type. Bugatti named it the EB 110, and it was on the market for a few short years.

Powered by a 600 HP engine and capable of reaching 60 mph in 3.2 seconds, the EB 110 SS cost over half a million dollars new. However, they never sold it in the USA. The Bugatti factory only made 33 of those brutally fast supercars before they went bankrupt. 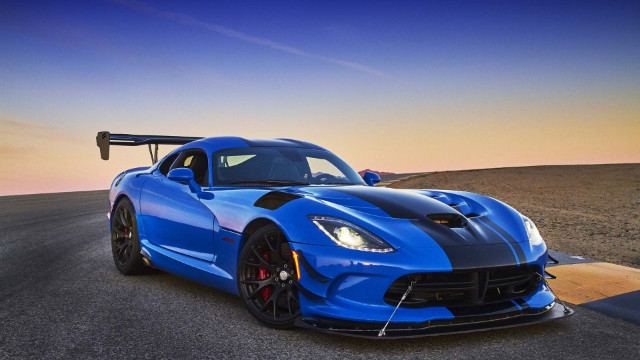 As you probably already know, those ACR Vipers were always a purist’s dream. They were specially-prepared road/track cars with immense possibilities, sublime handling and performances. But the secret of the ACR Viper was a slightly more powerful engine with 645 HP and a significant weight loss. And they topped that off with a perfectly-balanced chassis, race tires and powerful Brembo brakes. 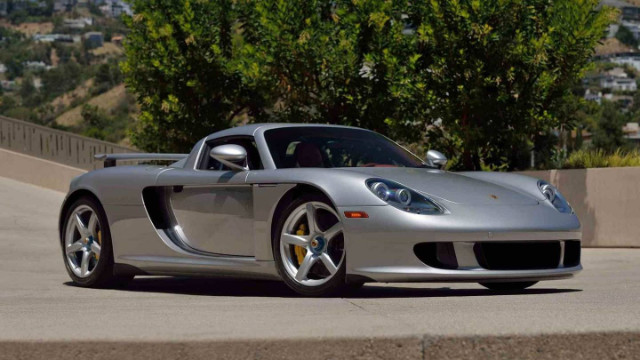 Porsche always relied much on racing in developing components for road-going cars. But, in the case of the Carrera GT, they developed nearly the whole car for racing, detuning it for road-going drivers. The Carrera GT looked like something more suited for a Le Mans race than on the street. And with a screaming V10 engine, brutal performance and sublime handling, it was just that. 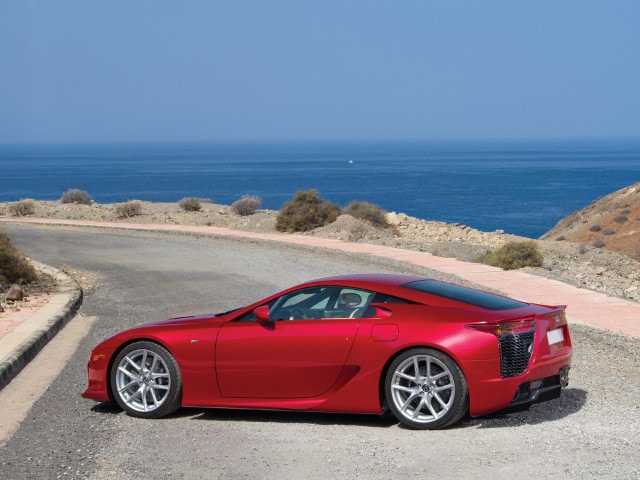 Lexus needed something to draw the attention of hardcore car enthusiasts, so a supercar was just the thing they needed. And that is how the LFA was born. The heart of this super-capable sports car is a 4.3-liter V10 engine that developed 560 HP.

The power went to the rear axle over special six-speed robotized automatic transmission, which shifted fast and accurately. The rest of the car was equally advanced with innovative materials, bespoke components and perfect craftsmanship throughout. 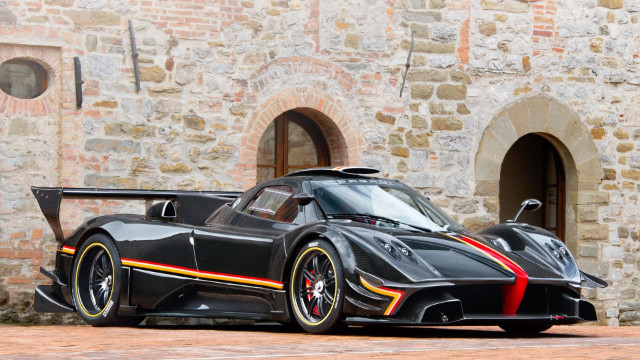 One of the most interesting members of the highly exclusive supercar society is the Pagani. Thanks to the Zonda, they stole the spotlight of the automotive public. Powered by a Mercedes AMG V12 and consisting almost entirely of carbon fiber, the Zonda is extreme in all aspects. In fact, it’s highly praised by people lucky enough to have a spin. 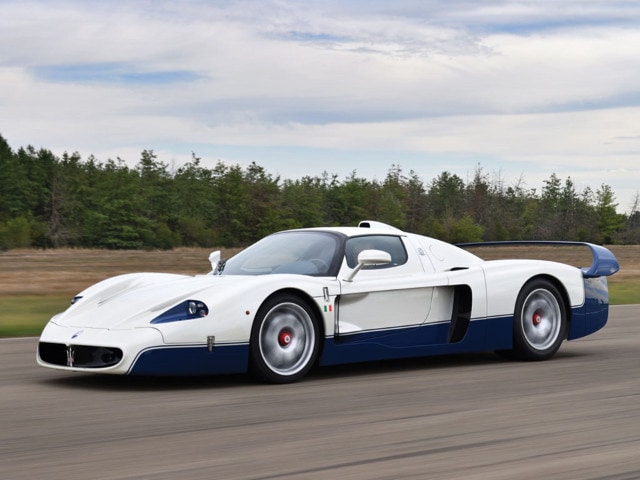 If you think the Ferrari Enzo is the ugliest supercar on the planet, but you love the design and performance, the Maserati MC12 is the car for you. They built on the same platform and with the same drivetrain. However, the MC12 is slightly longer, a bit more comfortable and much better looking. Also, it is much rarer than the Enzo. 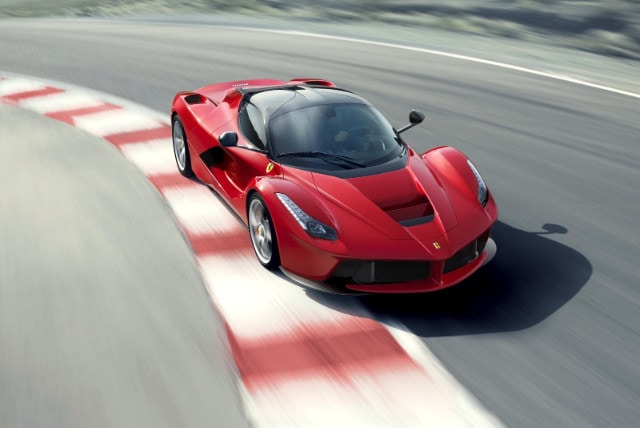 Under a strange name, in 2012 Ferrari presented their ultimate road-going model and successor to the Enzo. It was a big step forward for the company since the LaFerrari was the first hybrid car to combine a V12 engine with the KERS system. But with a combined output of 950 HP, the La Ferrari is one of the fastest supercars of the 21st century. 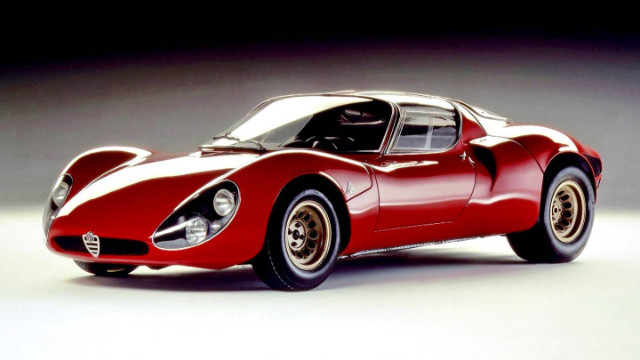 Despite the fact it is now irrelevant in the supercar class, in the late â€˜60s, Alfa produced one of the most interesting supercars ever built, the Tipo 33 Stradale. It was not only the most expensive production car at the time; it was also the most exclusive. Powered by a screaming race-bred V8, Alfa only sold approximately 15 of them. 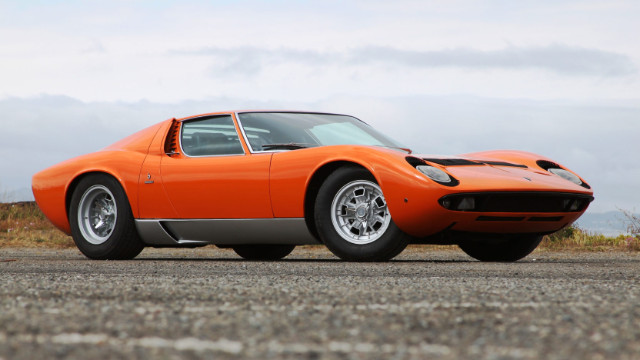 Many enthusiasts claim the Miura is the first proper supercar in the world. To be honest, it has all the right ingredients, including a fantastic design, and crazy power and performance numbers. It came with a high price tag and they produced it in limited quantities.

The Miura was also the first car to feature several technical solutions, which later became mandatory in the supercar segment. If it wasn’t the first, the Miura is certainly one of the most influential and iconic supercars. 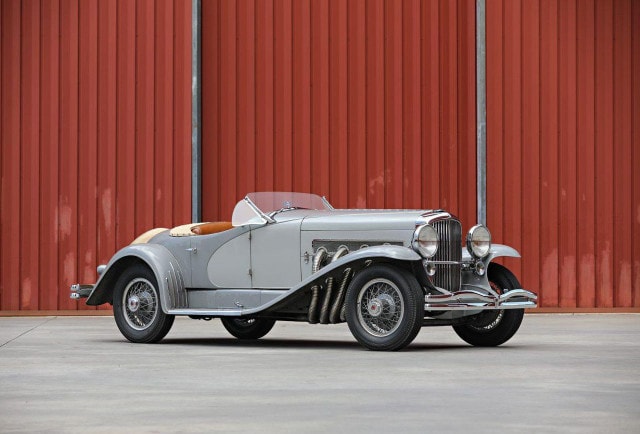 It is hard to comprehend, but the SSJ from the late â€˜20s was a real supercar of the period. The SSJ had a straight eight-cylinder engine with a supercharger that pumped up to 320 HP. And that is what gave this Duesenberg fantastic performance and exclusivity, which is still amazing, even today. 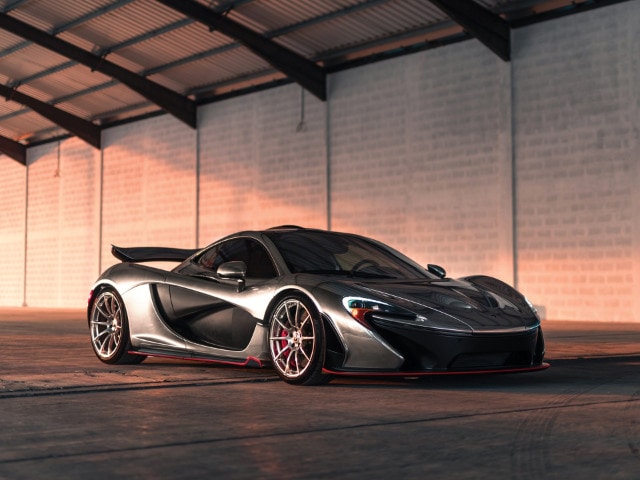 If the McLaren F1 revolutionized the supercar category in the â€˜90s, the P1 did the same in the 21st century. With its unbelievable technology, advanced hybrid drivetrain and close to 1,000 HP, the P1 is the epitome of performance, style and speed. And those are all the things a supercar needs to have. 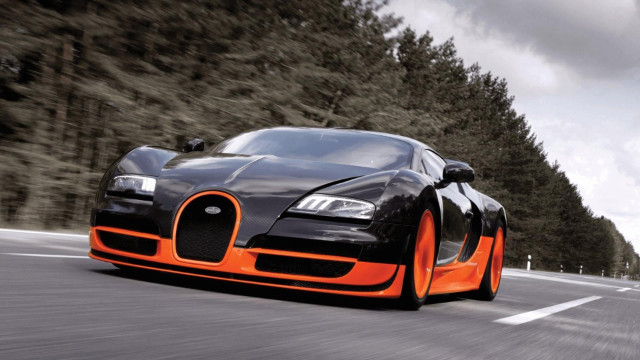 The Veyron is one of the few cars that doesn’t have a direct competitor. Yes, there are similarly fast or exclusive models, but there is nothing quite like it. What can you say for a car with the W16 engine with 1001 HP and a 270-mph top speed? It is one of the greatest supercars they ever made. 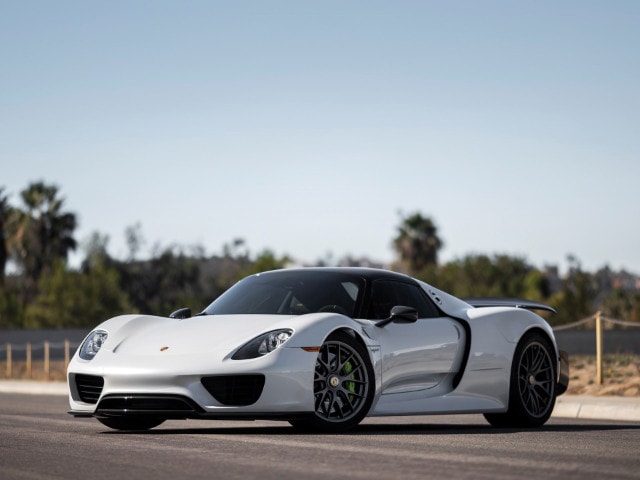 There is so much around the new 918 that is fantastic that makes it one of the most desirable Porsche models they ever built. First, it is a proper supercar that gets almost 1,000 HP from its hybrid power train. Second, it is unbelievably fast and capable, thanks to its all-wheel drive. Sadly, it is a limited production hypercar that Porsche has already sold out. 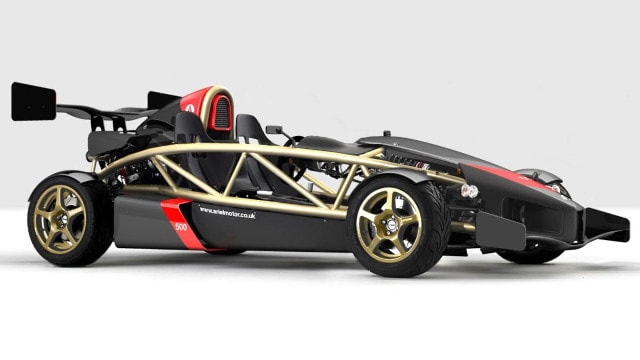 This could be the craziest car for sale today you can put license plates on legally. The Ariel Atom 500 V8 weighs just 1,200 pounds and gets 500 HP from its V8 engine they mounted directly behind the driver. The car is basically a go-kart with a spoiler and room for two people.

However, it doesn’t have a trunk, body panels or fenders. It was just a naked chassis with a screaming V8 in the back. With 500 angry horses that want to run free in full power, a seven-speed sequential gearbox and four tires, it is screaming fast. 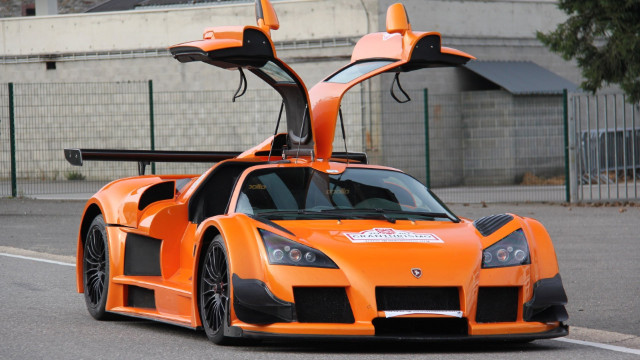 Although not the prettiest supercar they ever produced but definitely one of the most brutal, the Gumpert Apollo was the brainchild of German engineers. To build it, they used an Audi 4.2-liter V8 and a light carbon fiber chassis. With the F1-syle suspension and aggressive aerodynamics package, the Apollo produced a truly incredible performance. 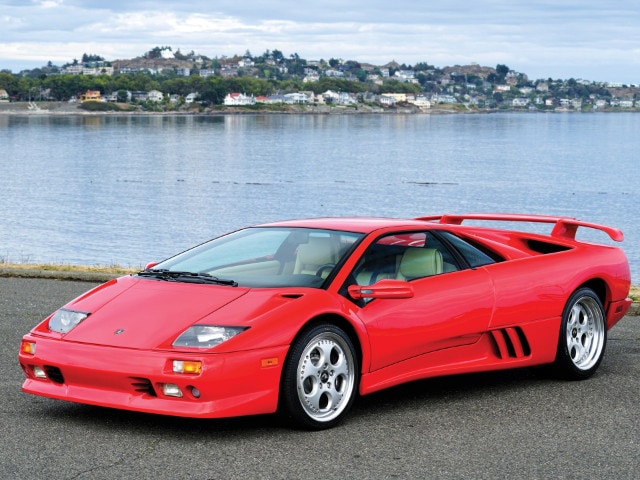 Coming from a long line of world-class supercars, the Diablo was the definitive â€˜90s Lamborghini. It came with a screaming V12 behind the driver and Lambo-styled scissors doors. Best yet, it could reach a 200 mph top speed and came with a glorious soundtrack. However, it was only available as a manual and air conditioning was just an option. 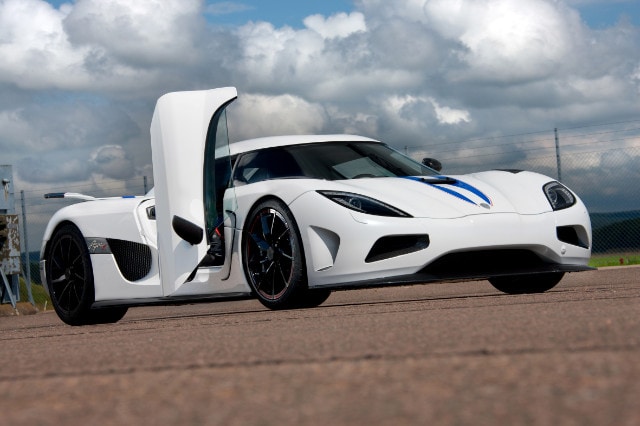 One of the newest members of the exclusive supercar society is the Swedish brand Koenigsegg. With its bespoke cars, advanced technology and super powerful engines, people soon recognized Koenigsegg as the pinnacle of automotive engineering. Ad the Agera R is just that with its twin-turbo V8, 1,100 HP and 280 mph top speed. 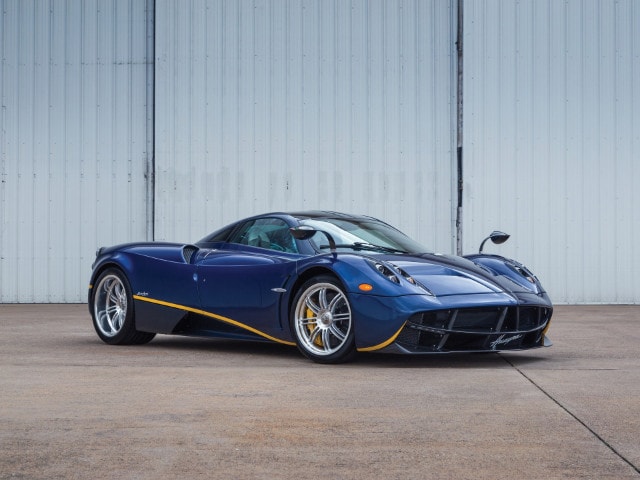 The Zonda was tough to replace in terms of performance and looks, but somehow, Pagani managed to surprise the automotive world again. The Huayra follows their proven recipe of an AMG-derived V12, carbon fiber body, perfect engineering and sublime speed. And that is more than enough to get it on this list. 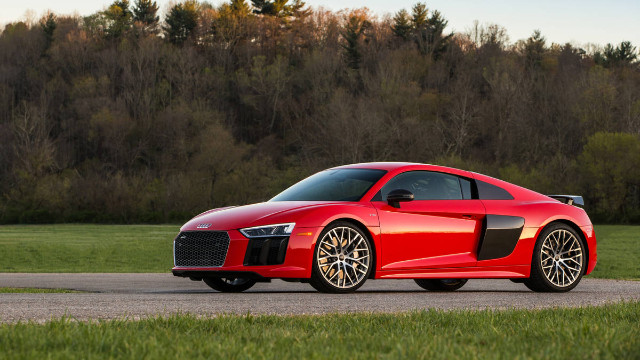 The sports car world was surprised when Audi presented the first generation R8. Nobody expected such a bold move from Audi or such a great sports car. In fact, the Audi R8 is a supercar with a mid-mounted V10 engine and design.

But, better yet, it’s a supercar at sports car prices, so it’s available to a wider audience. And the engine is a true piece of art. It has a naturally-aspirated 5.2 liter V10 with a dual-injection intake that produces 610 HP.

The 2000s brought several great supercars, but just a few managed to survive the economic recession. And one of the cars that didn’t was the Spyker with its fantastic C8. However, the C8 was a great looking model with a unique design, 4.2-liter V8 in the back and a respectable performance. 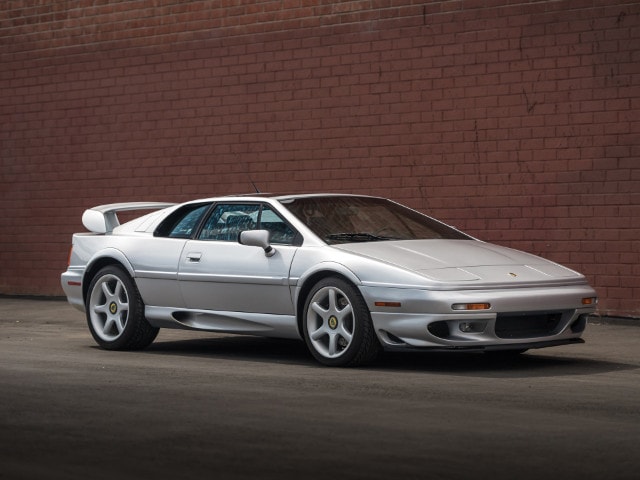 Lotus offered the Esprit since the early â€˜70s, all the way up to the early 2000s. It has always been a fantastic supercar despite the fact it had smaller engines than its competitors. But the last and best version was the V8 featuring 350 HP. And, with its lightweight body, the Esprit could outrun many other cars, while still retaining that classic wedge look. 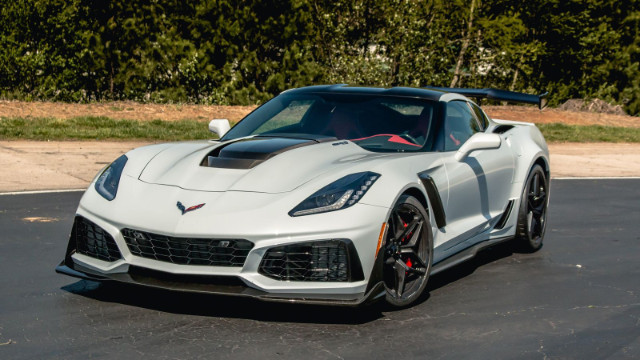 The Corvette was always a sports car but the 2019 ZR1 is a true supercar in terms of power and performance. Chevrolet recently released this version of the C7 Corvette and it features an improved Z06 chassis, suspension and drivetrain. But best of all, it has an absolute beast of an engine.

The powerhouse is a 6.2-liter heavily supercharged LT4 engine that pumps out 755 HP with 527 lb-ft of torque. And, it sends all that power to the rear wheels through an automatic or manual gearbox. 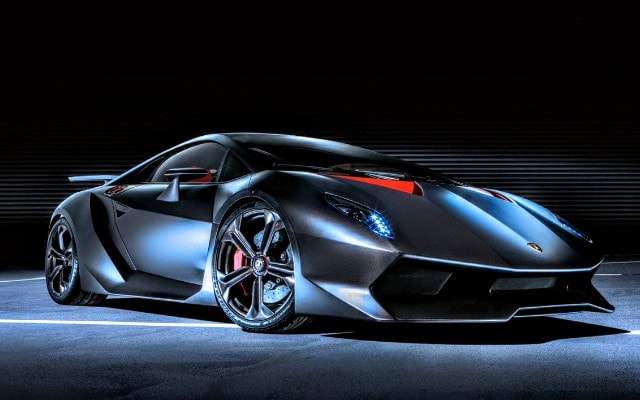 Lamborghini based the Sesto Elemento on the Gallardo. And it is a highly exclusive Lamborghini they designed for track use. It features special paint and an upgraded mechanics and engine, as well as numerous unique details and pieces. The engine is 5.0-liter V10 similar to the Audi R8, which delivers 590 HP. Lamborghini made 30 Sesto Elementos, all of which they sold for $2.92 million.

These are 50 of the most iconic supercars the automotive world has ever seen. Which one caught your eye? They are all amazingly fast and powerful. But best of all, they’ll get you noticed on the streets and at the red light.

Real Drivers Who Were Pulled Over For Completely Idiotic Reasons
POPULARCameron EittreimJune 30, 2022 1: Rookie Error One of the worst things a driver can do is forget to...

Sad Photos Of Real Cars That Were Ruined By Irresponsible Owners
POPULARCameron EittreimMay 27, 2022 1: Horse and Buggy There is no end to what people will do to get...
- Advertisement -
Advertisement
Advertisement
Please wait 5 sec.