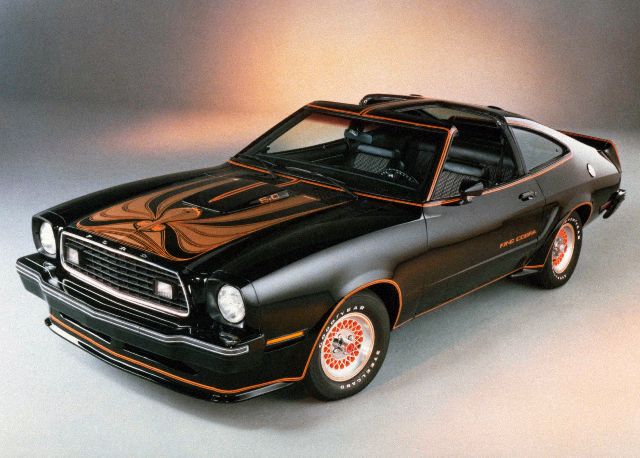 The downsizing of the whole Mustang range meant the introduction of the economical four-cylinder engine. Ford also did some part sharing with other Ford models, which helped the model survive the recession of the ’70s as well as the death of the muscle car movement. But all of that doesn’t mean there weren’t any exciting Mustangs between 1974 and 1978. They just were slow.

However, there was one particularly interesting model, which was the special edition King Cobra. Ford knew their 5.0 V8 engine delivered only 140 HP in the Mustang II, making its performance terrible. But they also knew that by dressing up the car, they could attract some buyers.