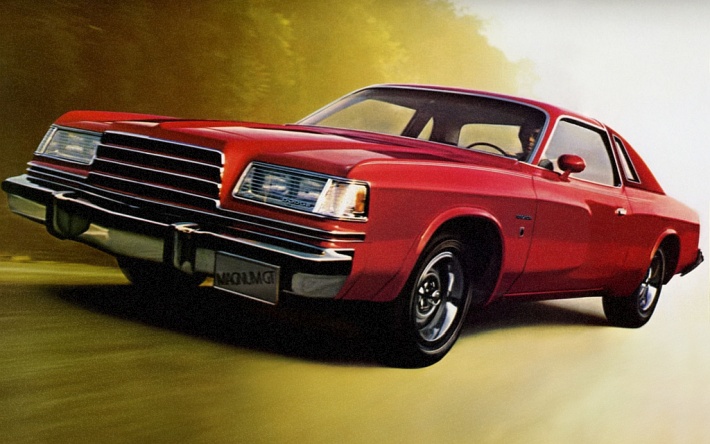 Ever since the early ‘1960s, muscle cars have been symbols of power, performance, and speed. This class of fire-breathing machines blew the doors off the sports cars of the period. Soon, they became the definition of automotive hedonism in the best possible way. Today, more than 50 years since the first muscle cars rolled off the Detroit assembly lines, they are still true performance legends. However, for almost two decades, muscle cars were disgraceful spin-offs of the glorious models of the past.

During the ’70s and early ’80s, due to tightening emissions and safety regulations, the muscle car class was strangled for power. Although the cars from that era looked cool, they were pathetically slow and lacked the main muscle car characteristic: big engines delivering high horsepower. Keep reading to learn more about the 25 cars that are blemishes on the face of muscle car history. 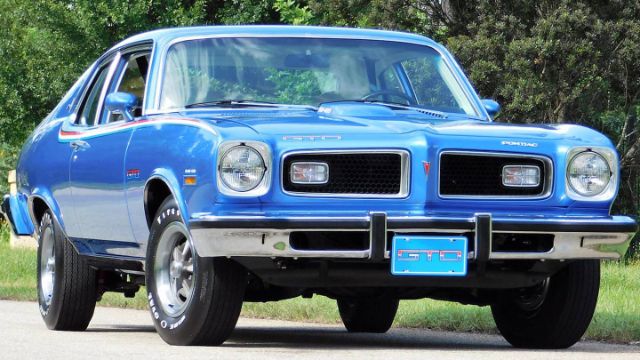 They downsized the once-mighty Pontiac GTO from a separate model to only a trim line option for the 1974 Pontiac Ventura. For most GTO fans, it was sad to see the once-glorious muscle car downgraded to just a trim level. All they did was slap some decals on an economy model and add a 5.7-liter V8 engine that delivered only 200 HP.

As a result, Pontiac experienced slow sales in the GTO line for a few years. Despite the relative success of the smaller Trans Am/Firebird line, the GTO line wasn’t popular enough to justify investing in a separate model. Most people considered the 1974 GTO a pathetic attempt to recapture the former glory of the GTO. However, the automobile market didn’t fall for this trick.