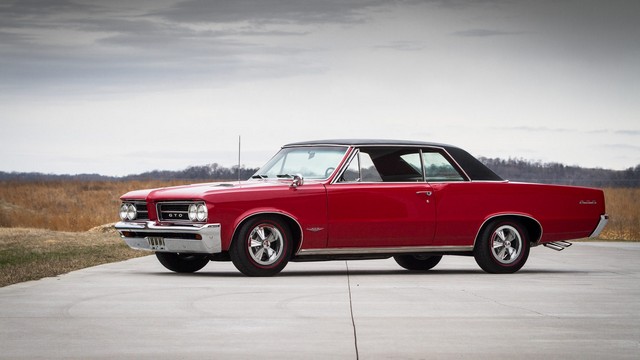 Pontiac had much success on the drag strips all across America. So, little by little, the performance aspect became a powerful marketing tool since the new generation of buyers wanted powerful and fast cars. Pontiac wanted to capitalize on its success, but the company was reluctant to invest in a sports car they would build from scratch.

And unfortunately, all their production models were big, heavy vehicles. The result was the Tempest GTO, as they called it. It was an option on the Tempest intermediate model. So for just $295, the buyers would get a high performance 396 V8 with 325 HP in standard or the 348 HP infamous Tri-Power form.

A manual transmission, unique trim, GTO decals, and dual exhausts were all parts of the package. Since the car was light, the Tempest GTO provided a convincing performance. So, in 1964, it was one of the quickest American cars on the market. Even the Corvette owners weren’t safe from the Tempest GTOs lurking at stoplights across the country.