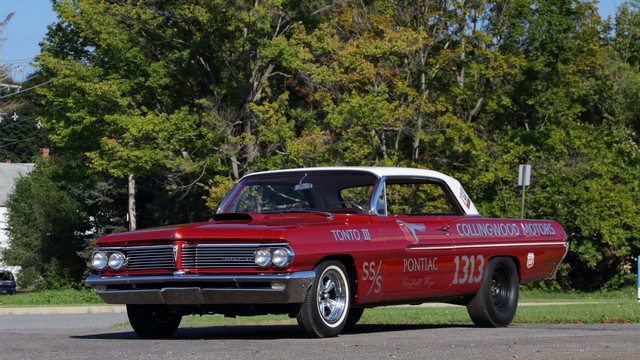 In the early 1960s, Pontiac realized that racing helps sell cars and the famous Detroit mantra “Win on Sunday-Sell on Monday” works. In that period, Pontiac was big in NASCAR but its drag racing reputation in NHRA championship was slim. Pontiac had a good base for a fast super stock car in the form of the two-door Catalina.

Also, it had a potent 421 V8 engine, but it needed more. It needed to add power and subtract some weight. So to do the latter, the Pontiac engineers manufactured numerous aluminum parts like the bumpers, fenders and a hood. And do that shaved 159 pounds off the heavy car.

Interestingly, they soon nicknamed the car, “Swiss Cheese” since they also drilled holes in the frame to save a few pounds more. With its high compression 421 V8 engine delivering 410 HP, these Catalinas were lightning quick.