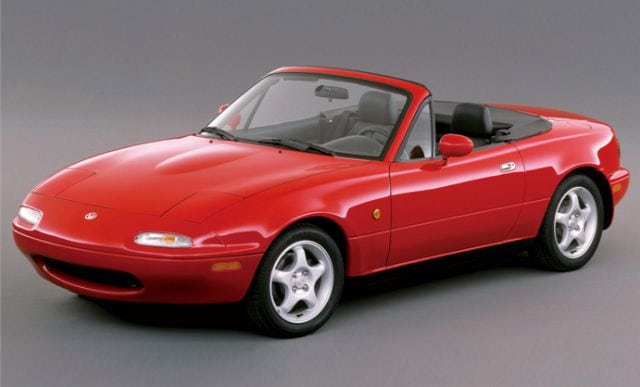 Small roadsters are among most car fans favorite types of cars. And what is better than a classic Miata? The Miata’s secret was simplicity, lightweight and balance. But Mazda didn’t try to invent something new. Instead, they just copied the basic concept of a classic British roadster. Then they added modern materials and design and made the whole thing reliable and agile.

Even though 116 HP from its twin-cam 1.6-liter engine doesn’t sound like much, in a 2,200-pound car, it’s more than enough. Also, when Mazda presented the Miata in 1989, it caused quite a sensation since it was the only roadster on the market. In fact, it started one of the most successful lines of sports cars, producing over a million up to 2019.