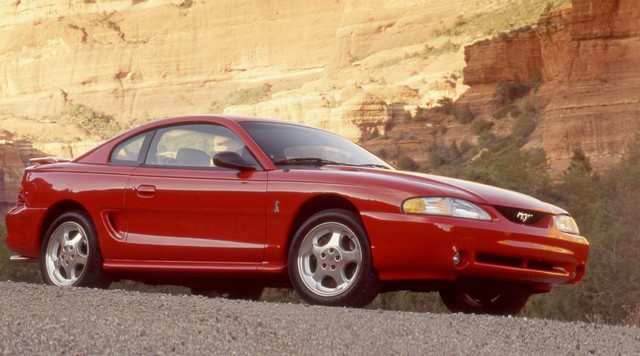 Introduced in 1994 as a top of the line version of the new, fourth-generation Mustang, the SVT Cobra featured a 5.0-liter V8 with 240 HP ratings. However, everybody agrees the real output was probably much higher. And its 0 to 60 mph time of 5.6 seconds was the proof.

The Cobra was much better equipped than the regular Mustang GT. Also, it featured a new front bumper and numerous upgrades. Although those muscle cars from the ’90s don’t get much respect these days, this model is destined to be a collector car. It is a fast, competent and an attractive car you can get at a bargain these days.