The Top 20 Firebirds And Trans Ams Of All-Time 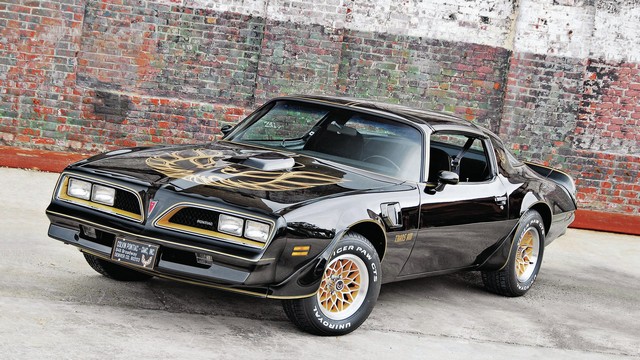 The late ’70s were sad times for muscle cars. All the available models had diminutive horsepower ratings and massive bodies, which made performance embarrassingly slow. The Firebird/Trans Am range could not escape this, as well. However, Pontiac still managed to produce some memorable cars through its Special Edition models. Soon, they dressed up the Trans Am and turned it into a street icon.

The primary model was the Trans Am, which could come with either a 4.9-liter turbo engine or a 400 NA V8. However, neither of those powerplants had more than 220 HP during the 1977 to 1981 production run. However, the main aspect was the design with its signature graphics and appearance package. They affectionately called the car the “Screaming Chicken” because it had a highly-stylized flaming bird logo on the hood of the car. The graphics package was extraordinarily modern for the standards of the day. 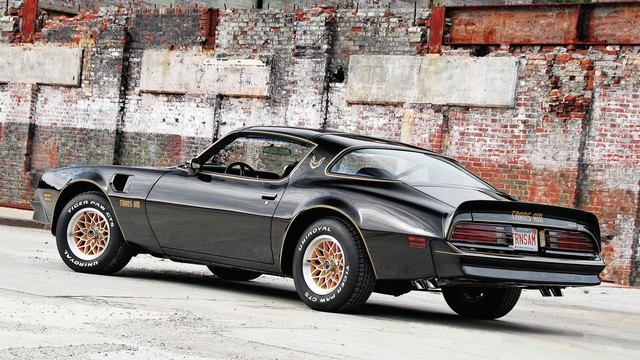 The bird logo started as a relatively small sticker in the middle of the hood in the early ’70s, only to grow to a big sticker covering the entire hood. Then it found its way to the B pillars, rear end, and front fenders. The 1977/78 Firebird Trans Am gained international fame by appearing in the cult movie, “Smokey and the Bandit.” The film helped triple the sales numbers, turning the Trans Am into a movie legend as well as a muscle car icon. 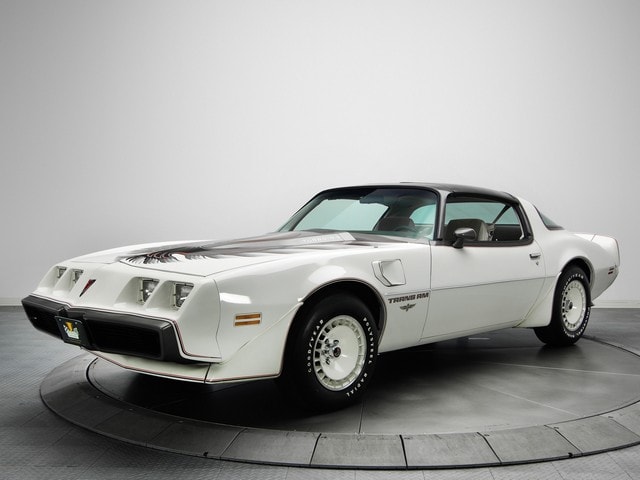 The second-generation F-Body Firebird was introduced in 1970, and by the late ’70s, it was one of the dominant cars in the segment. Unfortunately, the days of big cube motors and high horsepower ratings were gone, so Pontiac decided to invest in new technology to generate power. That new technology was turbocharging, so in late 1979, the company introduced the Trans Am Turbo. 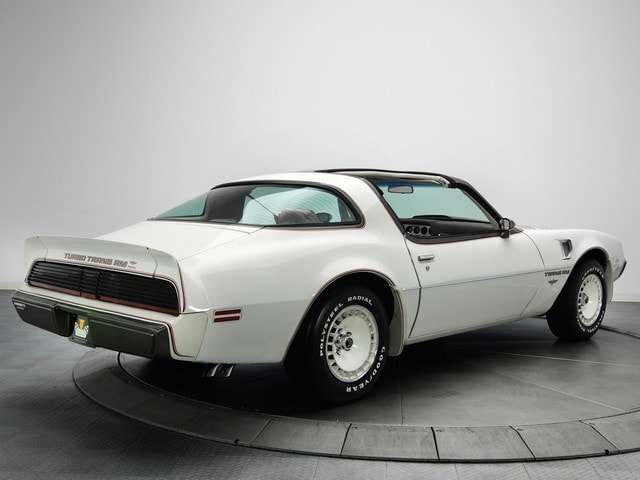 The engine in question was the 301 V8, with a Garrett turbocharger bolted onto it. The power output was relatively modest at 200 to 210 HP, but the torque number was high at 340 lb-ft, which resulted in a hint of performance. 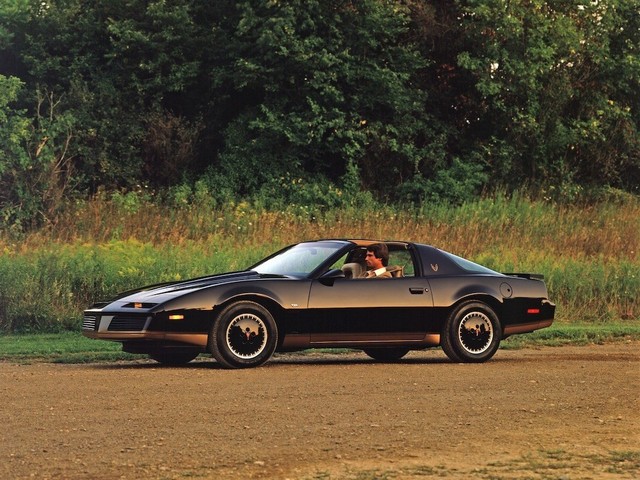 After 11 years of the second-generation GM F-body, the Pontiac Firebird got a much-needed redesign for the 1982 model year. The new model was much more advanced and aerodynamically-designed with improvements in suspension and handling. But the hottest version was the Trans Am with the 305 V8 producing 165 HP. In most aspects, Firebirds were mechanically identical to the third-generation Camaro since they shared almost all the same engines and drivetrain components. 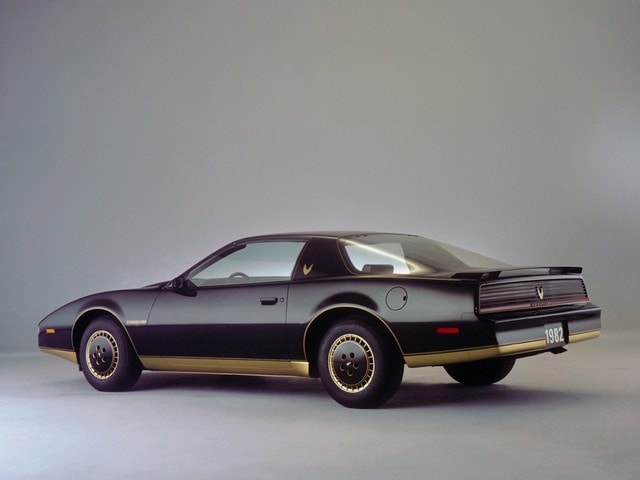 However, they improved the design with one of the hottest signature design details of the decade: pop up headlights. Arguably, the Firebird looked better than the Camaro thanks to the more aggressive design and aero details. However, the hottest version of the 1982 Firebird was the Trans Am. Even though it featured the same engine as the Z/28 Camaro, the TA handled better thanks to the suspension improvements. 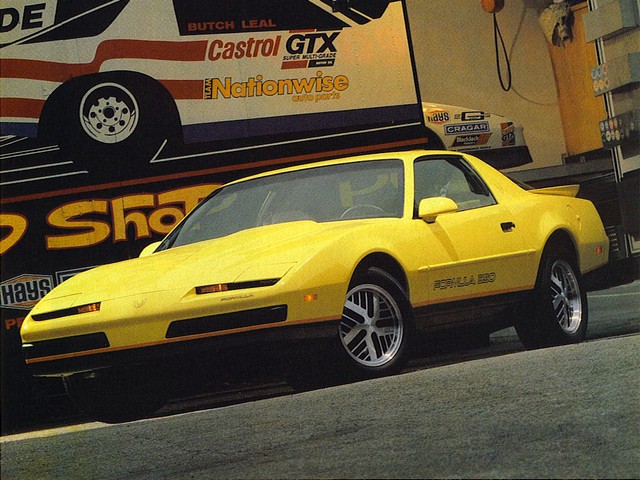 Slotted between the regular Firebird and the Trans Am was the Pontiac Firebird Formula. It represented excellent value for the money. The Formula was the perfect competitor to the Z/28 Camaro and Fox-body Mustang GT. 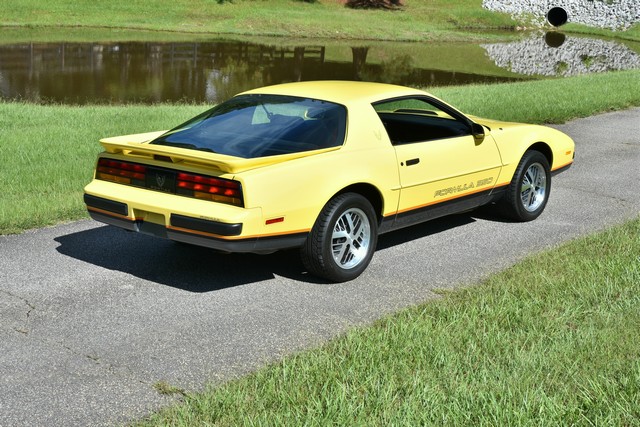 The Formula had engines from the Trans Am, which was the 305 or 350 V8 delivering 190 to 230 HP. But it had restrained styling and less interior equipment. Despite being somewhat less desirable than a fully-dressed Trans Am or GTA, the Firebird Formula was still quite fast, as well as a capable machine. 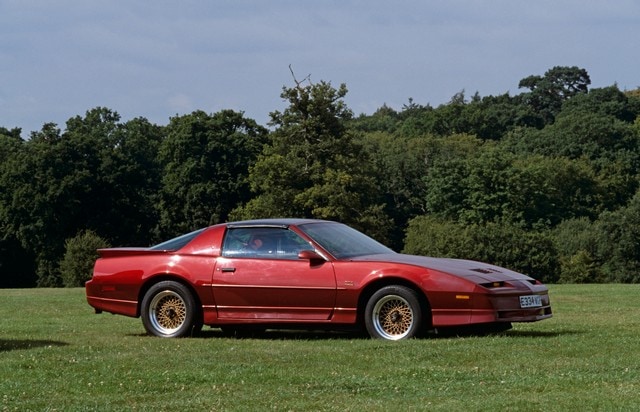 Arguably, the Trans Am GTA was the best version of the third-generation Pontiac F-body. They introduced it in 1987 as the top of the range Firebird on offer. The package was available until the 1992 model year and Pontiac produced it in relatively limited numbers. The secret weapon of the GTA was its engine and WS6 handling package.

The engine was a 350 V8 producing 210 HP in the early models and up to 245 HP in later versions. Soon, rumors started circulating that the engine was the same as the one in the Corvette since the GTA had the same TPI fuel injection system and displacement. But sadly, that wasn’t the case. The Corvette had aluminum heads while Trans Am GTA had cast iron ones. 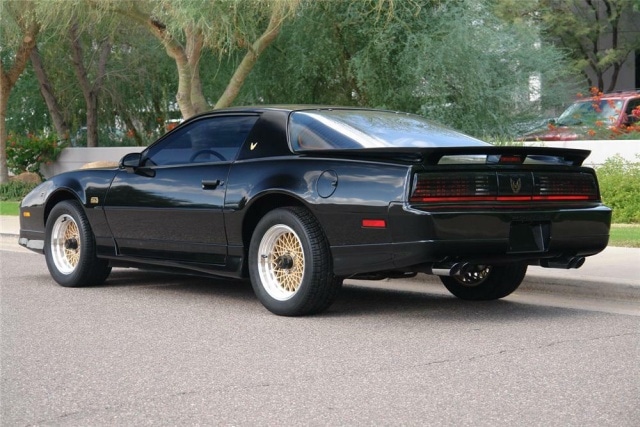 However, the power and performance of the two vehicles were similar. The GTA’s WS6 package offered unmatched road holding and braking capabilities. It consisted of four disc brakes, a stiffer suspension and stronger sway bars, as well as unique wheels and performance tires. 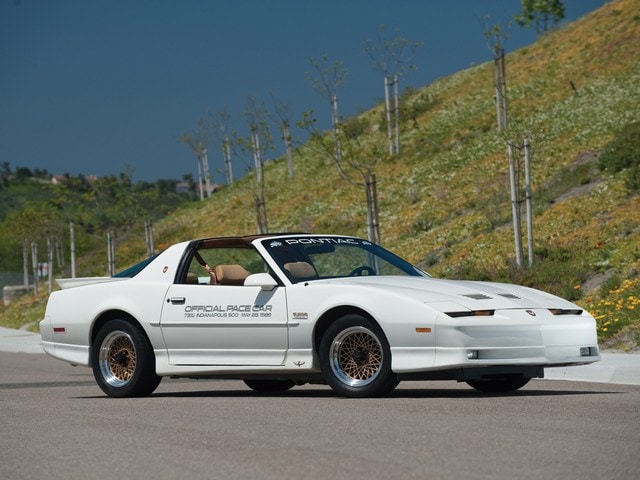 In 1989, Pontiac celebrated the 20th anniversary of its favorite muscle car, the Trans Am. So what better way to do that than to introduce a limited run of 1,500 vehicles to commemorate the occasion? Pontiac decided the anniversary edition had to have a twist, and not just another decal or fancy paint job. 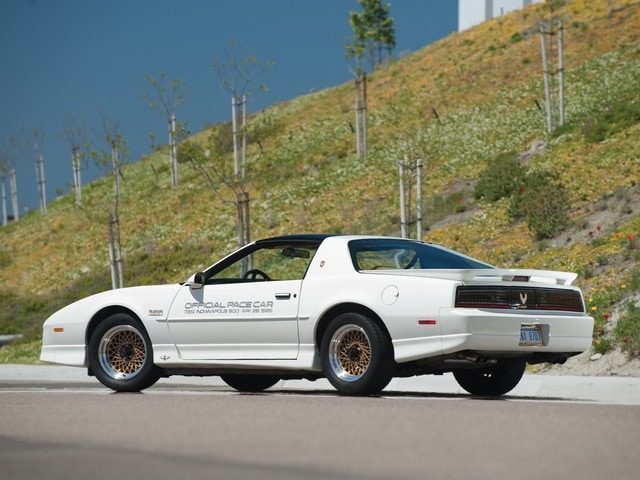 So, Pontiac decided to install a Buick 3.8-liter turbo V6 from the GNX, creating the fastest Trans Am of the decade. The white commemorative edition could accelerate from 0 to 60 a full second faster than the GNX at 4.6 seconds. The reason was simple. The anniversary version got better weight distribution and gearing from the Pontiac gearbox. 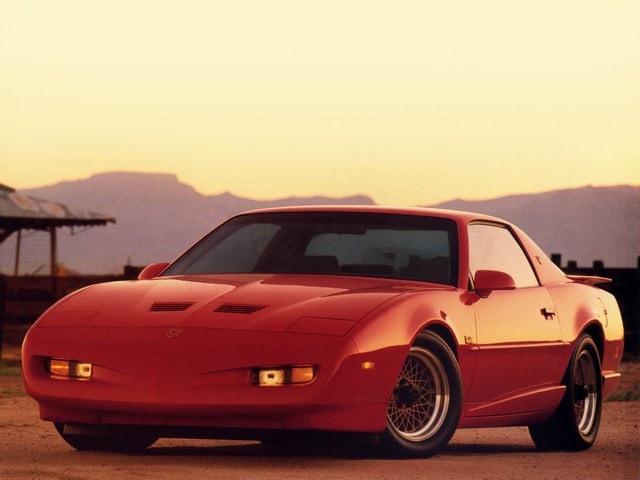 The Trans AM GTA was one of the best Firebirds they made in the ’80s. But its swan song came in the early ’90s when Pontiac introduced the 1991 Trans Am GTA. The essence of the GTA package was to install a Corvette-sourced L89 engine into an F-Body chassis to create the ultimate performer. 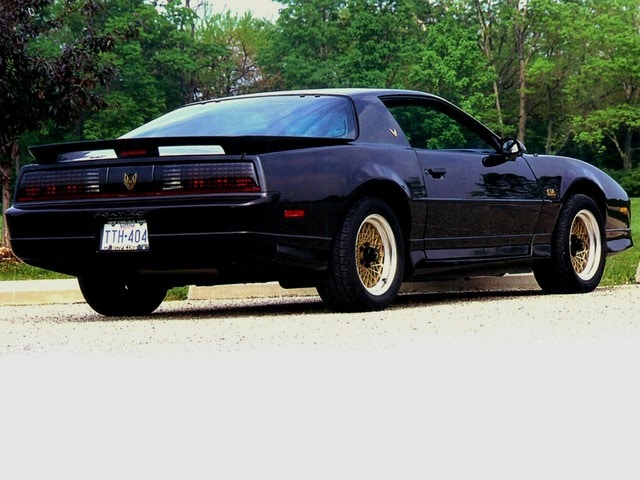 By 1991, the GTA package had matured into a great driving and handling model. It had a restyled front and rear, as well as a cool body kit. The 5.7-liter delivered a healthy 245 HP and produced vivid performance numbers. 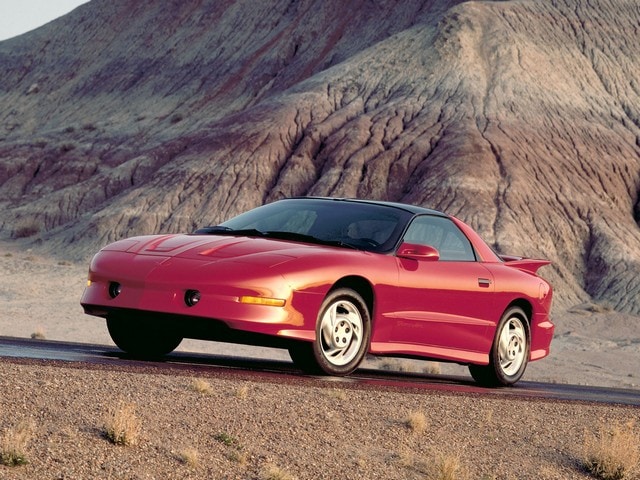 The fourth-generation GM F-Body platform debuted in 1993 with the new Camaro and Firebird. The new model brought much-needed modernization to the Firebird range, as well as improvements in power, equipment, handling, and braking. The new car featured sleek, aerodynamic styling with coupe and convertible versions, which attracted more buyers. 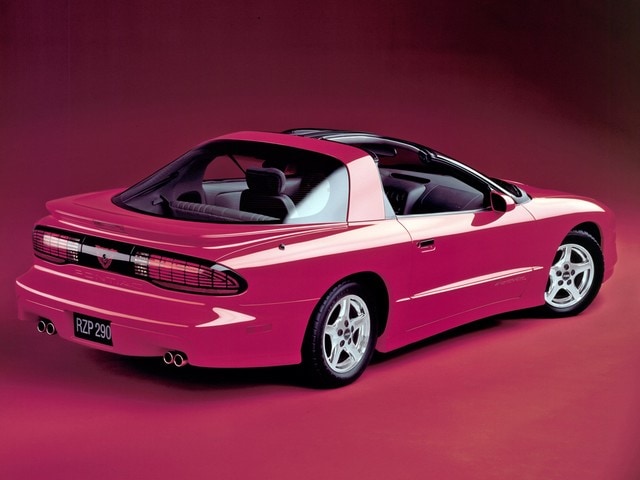 The Trans Am version returned with the powerful LT1 V8 engine with 5.7-liters of displacement and 285 HP. The engine was the same as in the Corvette of similar vintage, but since the Pontiac version had intake restrictors, it developed 15 horsepower less. Of course, some crafty owners realized that their Trans Ams had a few HP hidden, so installing the Corvette intake became a popular modification. 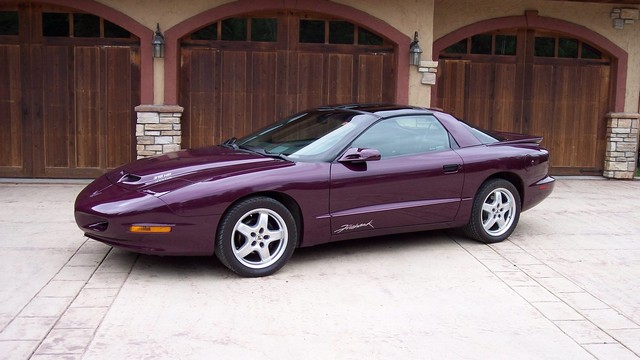 The SLP Firehawks were interesting late muscle cars. When the model first appeared in 1995, it marked the start of a successful venture between GM and the Street Legal Performance Company of New Jersey. This was an outside firm that produced performance kits for Firebirds, but the cars weren’t just improved base models, they were much more. 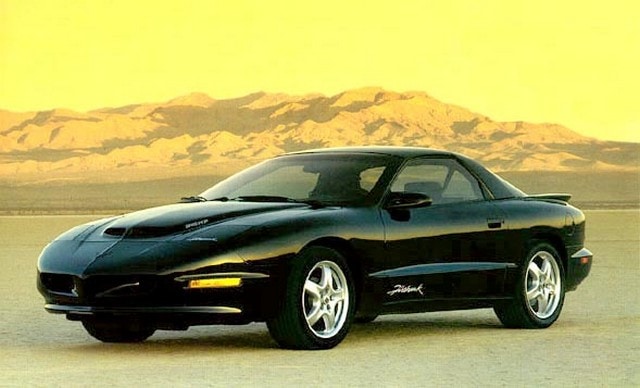 The SLP Formula Firehawk had a 5.7-liter V8 engine with 300 or 315 HP, which was a high number for 1995. The six-speed manual version could accelerate from 0 to 60 in 4.9 seconds, making it one of the fastest production cars in America. The package cost $6,500 over the price of the regular Trans Am. It included numerous upgrades and a Ram Air hood, so it was well worth it. 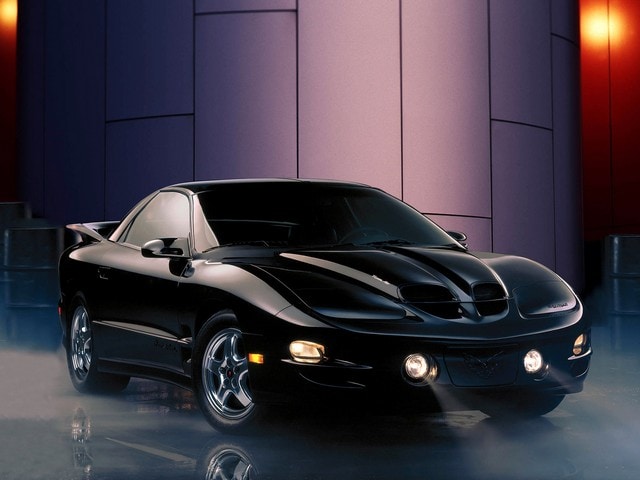 The horsepower wars were raging in Detroit as the ’90s came to an end. One of the biggest winners was the 1999 Firebird Trans Am. With a new restyle, updated options, and an upgraded 5.7-liter engine, this was the model to beat in 1999. 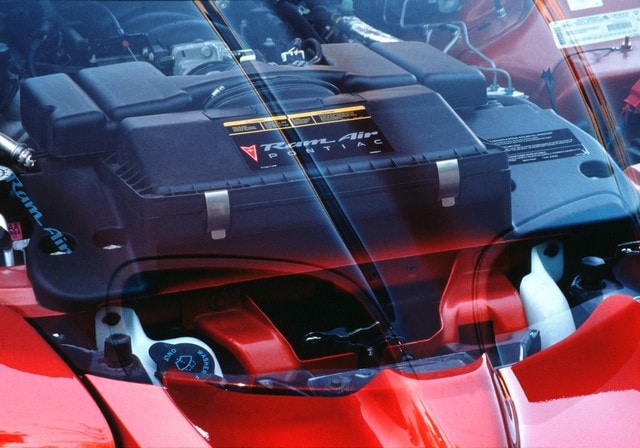 The power output was a whopping 305 HP. They also equipped it with a six-speed manual transmission. That made the Trans Am one of the fastest American production cars at that time. 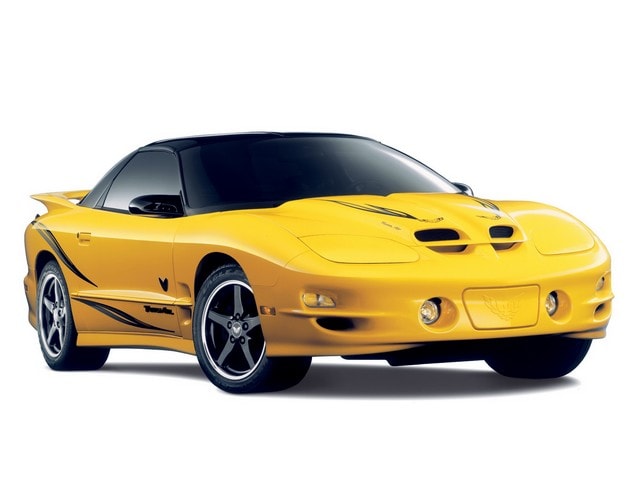 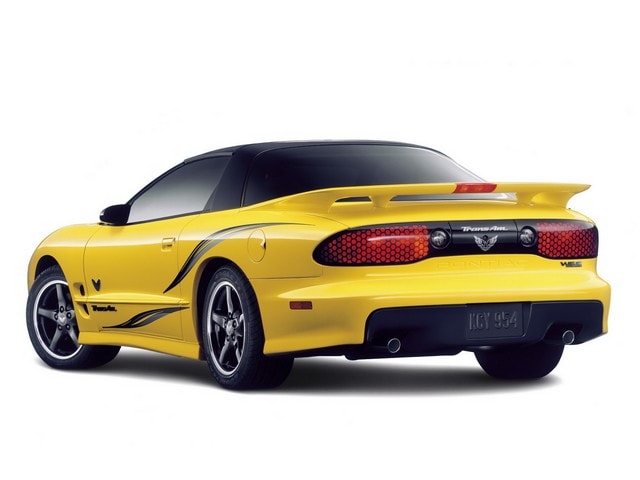 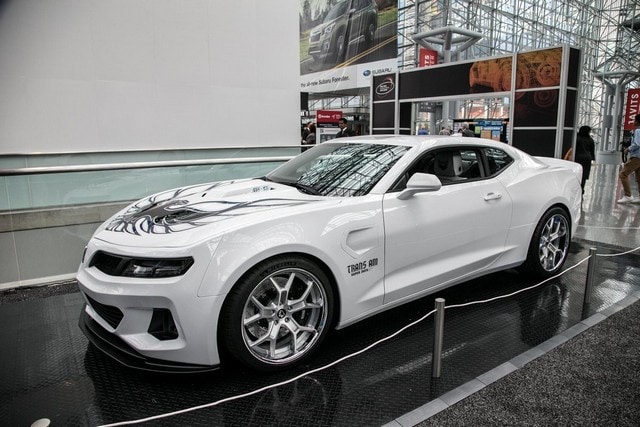 Unfortunately, Pontiac discontinued the Firebird/Trans Am in 2002 and by 2010, the company was gone. However, the legend of those fantastic muscle cars still lives on in various special models a small company called Trans Am Worldwide produces. As always, they base modern Trans Ams on the current Chevrolet Camaros. 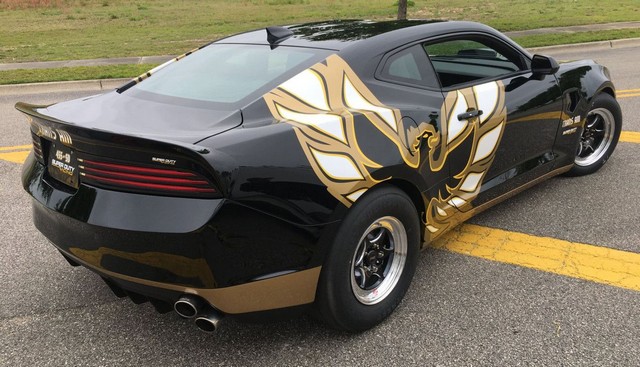 They feature unique front and rear-end styling, special paint, interior trim, and lots of other add-ons. There are two versions available, the coupe and T-top, which is a great nod to the famous Pontiacs of the past. Under the hood, buyers will find GM’s crate engines with up to 1,000 HP on tap. Each car is bespoke finished according to each customer’s specific wishes. However, be ready for a price tag well over $100,000 for one of these.