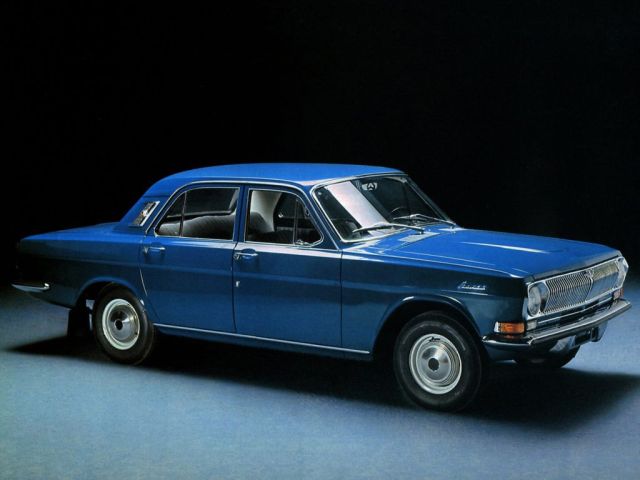 Russia was behind the Iron Curtain back in the ’60s, so the car industry concentrated on domestic needs. However, there were still many interesting cars from this country that viewed car ownership as a step away from capitalism. So GAZ, the producer of family cars and trucks, introduced a new, modern model they called the GAZ 24 or the Volga.

In the late ’60s, the Volga was a modern car, even by Western standards. It was a large sedan, almost the size of a full-size American model with a 2.5-liter four-cylinder and 95 HP. The performance wasn’t great, but by Russian standards, this was a prestigious automobile. In fact, you could only own one if you were a perspective or respected member of the Communist Party or a KGB operative.

Even so, the design of the new Volga was American. It reminded people of the 1962 to 1964 Chevrolet Impala sedan. The bumpers, the boxy shape, chromed front grille and trim were all extremely reminiscent of Chevrolet’s design. But, the Volga came with two headlights less than the Impala. The Volga stayed in production, although with extensive modifications, until the late 90’s.