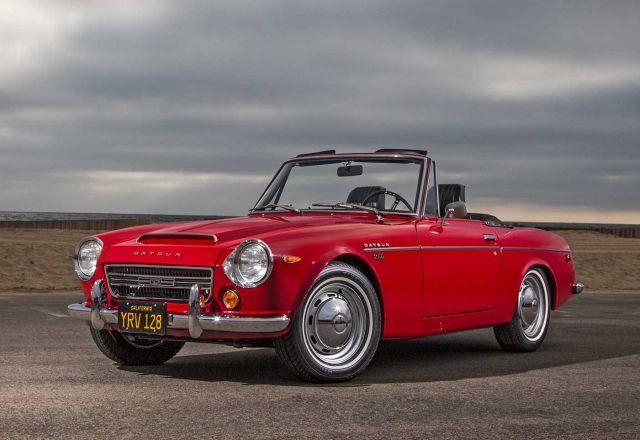 Most people know Japanese manufacturers started selling downsized copies of European and American cars. One of the most interesting Japanese copies of European cars was the cute and compact Datsun Fairlady Roadster. They built them from 1959 to 1970 and people also knew these cars as Datsun Sports. Datsun borrowed the design, technology and the feel from British roadsters, especially from the Triumph and MG.

However, Datsun did more than just copy the British. They gave the little roadster some significant power with a 2.0-liter engine, as well as better handling and driving dynamics. And, most importantly, they guaranteed the quality of the cars, which is something the British examples had difficulties doing. Datsun made over 40,000 of these cool little cars over an 11-year production period. They sold most of them in America with left-hand drive.