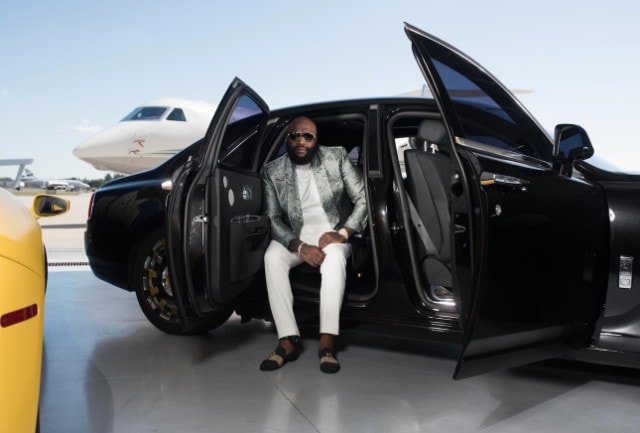 Some music critics claim that Rick Ross’s meteoric rise to fame is not because of his talents and lyrics, but because his self-promotion and record company that pumps up the hype. Whatever the case, Rick Ross has used a big portion of his wealth to fuel his passion for exclusive cars. He has the mandatory Bentleys and Rolls-Royces, as well as a Maybach with custom touches.

Interestingly, he has a classic 1973 Impala convertible, which is a nod to the classic days of early hip hop. However, the most unique car in his collection is his Maybach Coupe, one of two they ever built. The price for this crazy automobile is rumored to be over half a million dollars.