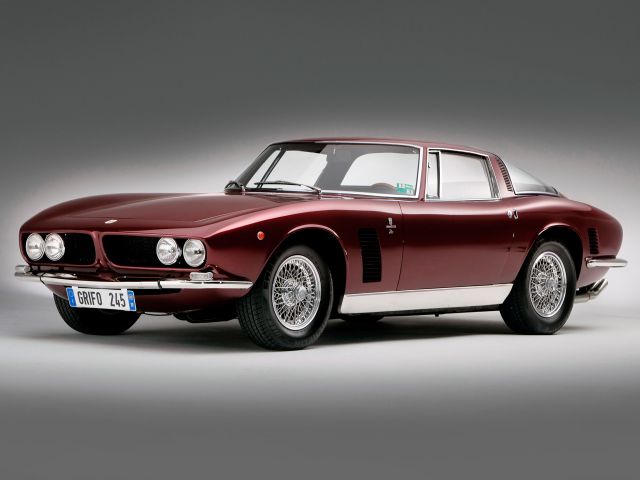 Iso sports cars were brainchildren of the Italian industrialist, Renzo Rivolta. After many successful ventures in vehicle production, Rivolta decided to produce a sports car with a powerful U.S.-built engine and Italian body. The first car was the elegant Iso Rivolta in 1962, which featured Chevrolet’s 350 V8.

However, the best Iso model was the sublime Grifo, an elegant and dramatically-styled coupe they introduced in 1964. It immediately became one of the most advanced, fastest and desirable sports coupes on the market. This was a bold claim since in the middle of the 60’s in Italy, there was some serious competition from heavy hitters like Ferrari, Maserati and Lamborghini.

But the Iso Grifo was more beautiful and faster than anything else. The base engine was 350 V8 but you could have it tuned to produce more than 350 HP. After a couple of years, Iso switched to a 427 V8 with 400 HP. They also produced one series of the Grifo with Ford V8 engines. Unfortunately, in the mid-70’s, the company went out of business.