The Eurofighter M2 is Here and Ready to Blow You Away 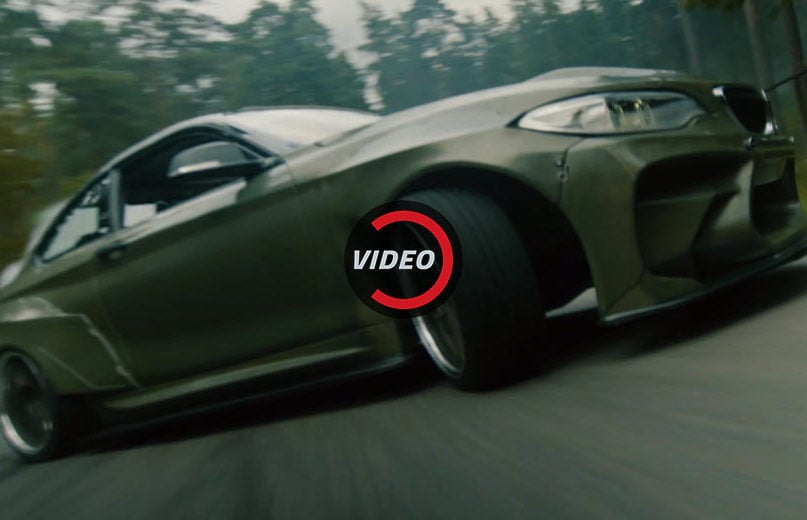 Modifying BMWs is nothing new. You only need to look out on to the streets of your quiet local neighborhood to see a myriad of 3-series chav wagons. Although it might not be to everyone’s taste, BMWs have always been desirable to mod nuts. But, not everyone has the skill or resources to make an 820 HP, tarmac chewing, belly rumbling monster. So here’s a look at the masterful crafting of the Eurofighter M2, designed by Latvian genius, HGK Motorsport.

It is capable of churning out 820 BHP at BMW’s favorite RPM of 7,000. So this monster truly is not one for the faint of heart. They handcrafted the RHS466 V8. Also, the transmission is a five-speed sequential from Samsonas with Wilwood brakes. As you are about to see in the following video, this land shark has big, scary teeth.

The guys over at TopSpeed.com gave an awesome review of the 820HP M2:

As far as exterior upgrades go, this program has one of the most visceral results. That is thanks to the inspiration from the Eurofighter Typhoon and Lockheed Martin F-22 Raptor fighter planes. And that’s the reason why they named it the F22 Eurofighter. The military-inspired paint finish is another highlight of the upgrades.

But the real treat is the aggressive body kit that features a completely redesigned front bumper, flared wheel arches, and humped hood. All that plays into the massive engine upgrade it also received.

“The result is an output of 820 horsepower and 679 pound-feet of torque, more than twice the output of the 365-horsepower M2”

This is where HGK Motorsport was able to turn this 2 Series from just another BMW into a drifting masterpiece. It’s also the part where the tuner received the most help, which goes to show how extensive the upgrades are in this department. The first order of business was taking out the standard 2.0-liter inline-four engine and replacing with it a massive 6.2-liter LS V-8 crate engine.

In other words, HGK, with the help of Mast Motorsports, replaced the 2 Series engine with the same engine in the Chevrolet Corvette. Once they accomplished that, they installed a laundry list of new components. That included a Callies Magnum crankshaft, connecting rods from Billet and pistons from Diamond Racing. They also added steel piston rings from Total Seal, titanium intake valves, retainers, valve locks and other new additions.

The result is an output of 820 horsepower and 679 pound-feet of torque, more than twice the output of the 365-horsepower M2. HGK Motorsport didn’t say how this much power affects the sports car’s performance times, but given how insane the increase was, it wouldn’t be surprising if the F22 Eurofighter cut more than a second off its 0-to-60-mph. That would improve its top speed in the vicinity of 220 mph. By every measurable standard, that’s an impressive engine upgrade.