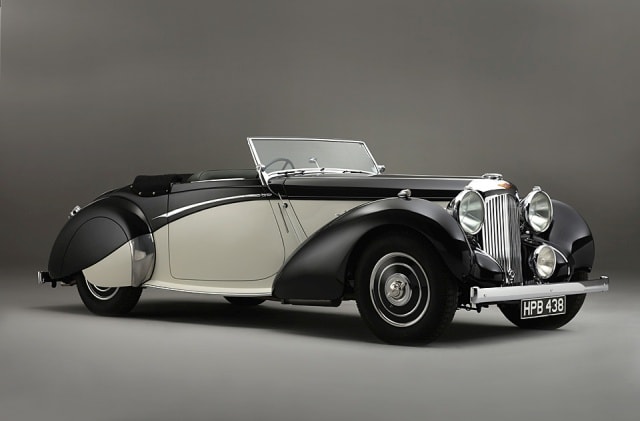 Mostly unknown to most modern car enthusiasts, the Lagonda was a British luxury brand later absorbed by Aston Martin. In 1937, they introduced the Lagonda V12. It was a high class, luxury roadster powered by a state of the art V12 engine, according to the standards of the day. It displaced 4.5-liters, producing 180 to 200 HP. The car was well-received and due to its big power, was one of the fastest cars of the late â€˜30s.