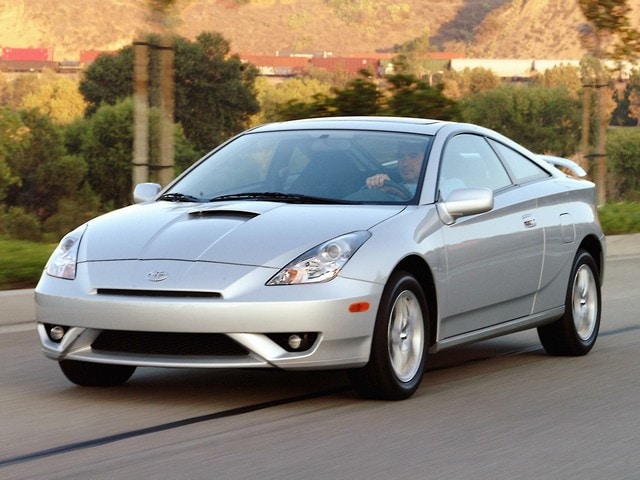 Toyota produced the Celica for decades as an affordable coupe they built on a regular car platform. This meant that the Celica looked different, sporty and fast. However, it wasn’t much faster than the Camry or Corolla from the same model year.

The last generation Celica was a sharp-looking coupe with a wedge shape and low silhouette that suggested big performance. But it only produced 180 HP with a 0 to 60 mph acceleration time of a sluggish 10 seconds.

When Hyundai released it, the Tiburon was breath of fresh air in the affordable coupe class. It was a good-looking, inexpensive and exciting coupe to own. At least they marketed it as such. Under the body was a regular Hyundai chassis and running gear.

Also, it had a 2.0-liter, 140 HP engine and 172 HP engine as an option. Either way, it wasn’t fast or particularly rewarding to drive. So, overall the Tiburon was a total disappointment. 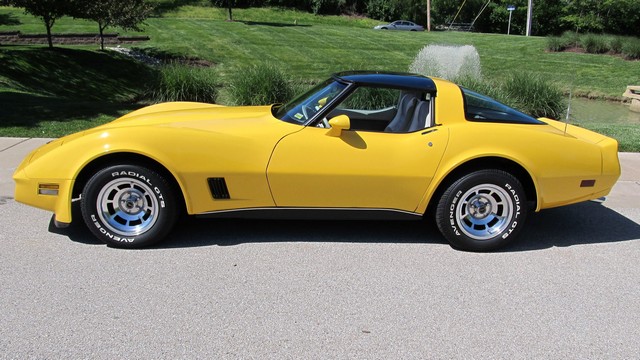 You can blame the recession, as well as the tighter emission standards and safety regulations. In fact, they killed almost all the performance from the legendary Corvette. The 1980 Corvette was a bit of a dinosaur with old technology under its plastic skin. Also, it came with lazy engines and an outdated interior. It still looked like it meant business, but the years had caught up with it. 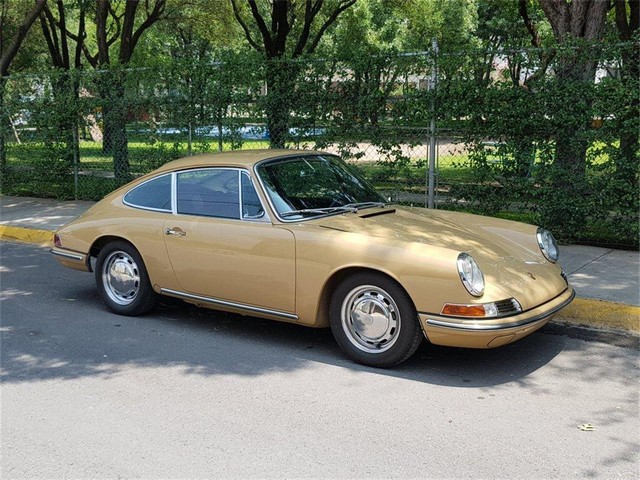 In 1965, just after the end of Porsche 356 production, they released the new 912 model. It was a 911, but with a 2.0-liter, flat four-cylinder engine And although it delivered just 90 HP, it had modest performance numbers. The car was also significantly less expensive than the 911 and was more fuel-efficient with 36 mpg.

Despite the slow performance, the Porsche 912 turned out to be a major hit for the factory. Between 1969 and 1969, they built more than 32,000 of them. In fact, the 912 proved to be a savior for the whole 911 series. That was because it secured the financial stability of the factory until buyers accepted the 911. 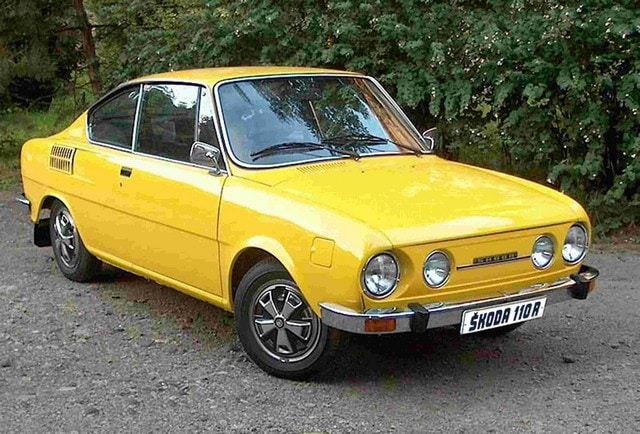 During the ’60s, Skoda’s main sedan model was the 110. It was a basic four-door car with a rear-mounted four-cylinder engine. In Eastern Europe in those days, sports cars were almost nonexistent as a category. So, Skoda wanted to introduce a sports coupe to widen its appeal and export sales. The result was the Skoda 110 R, a true sports coupe with a dynamic fastback design and more power.

They presented the 110 R in 1970 and immediately, it became a highly-sought-after model in the whole of Eastern Europe. It retained the basic technical layout but had an upgraded engine producing 62 HP. But even though the performance was diminutive by today’s standards, back in the early ’70s in Czechoslovakia, it was a proper sports coupe. 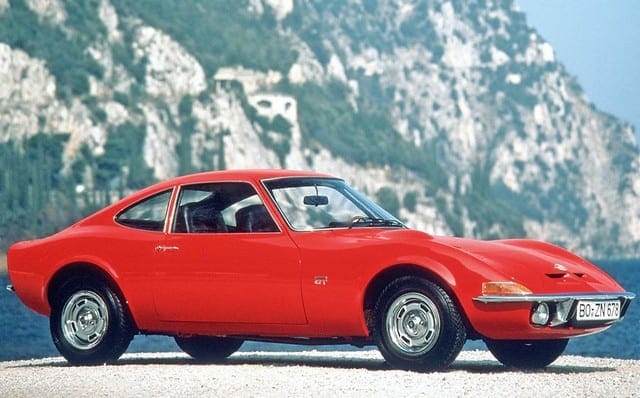 Opel needed a sports car they could base on their entry-level model, the Kadett. So, in the mid-60s, they got the green light from GM to introduce such a vehicle. The design was heavily influenced by the Corvette and GM concepts from the mid-60s. It came with covered headlights, a curvy Coke bottle design and twin round taillights.

And with its similar silhouette, the Opel GT looked like a scaled-down version of the Corvette. In fact, it even appeared on the market at the same time as the third generation of the â€˜Vette. But due to its sluggish 1.3 and 1.9-liter four-cylinder engines, the Opel GT didn’t have the Corvette’s power or performance.

But thankfully, it had the same good looks. The Buick dealership network sold it in America, and, interestingly, it sold well. In fact, the sold more Opel GTs in the U.S. than in Europe during its five-year production run. 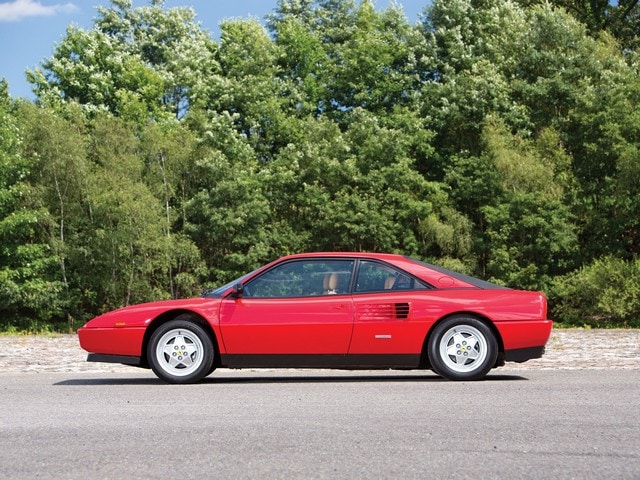 Debuting in 1980, the Mondial was a successor to the 308 GT4. It was a compact Grand Turismo sports car with a 2+2 seating configuration and a mid-engine layout. And that meant it offered more space than the 308 and 328 GTB models, which were only two-seaters.

Despite the fact that the Mondial was more practical and somewhat more affordable, it wasn`t particularly popular. Today, it is one of those rare yet poorly regarded models in the Ferrari community. That was because the design wasn’t dynamic. Also, the performance figures were much slower than the rest of the Ferrari lineup. 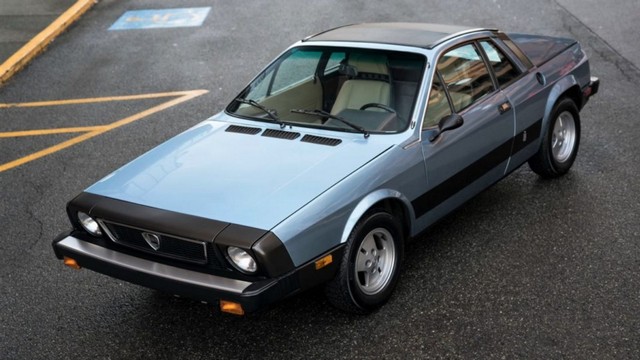 In 1976, Lancia presented the Scorpion, a U.S.-spec version of its Beta Montecarlo model. But for the American market, they couldn’t use the Montecarlo name since Chevrolet already had Monte Carlo. So Lancia decided to go with the aggressive Scorpion nameplate.

However, despite the car’s modern looks and technical layout, the Scorpion wasn’t exactly a great performer. And that was since its four-cylinder engine delivered only 81 HP in U.S. spec. The Scorpion was on sale for two years, between 1976 and 1977. Unfortunately, they only sold around 1,800 of them in America. 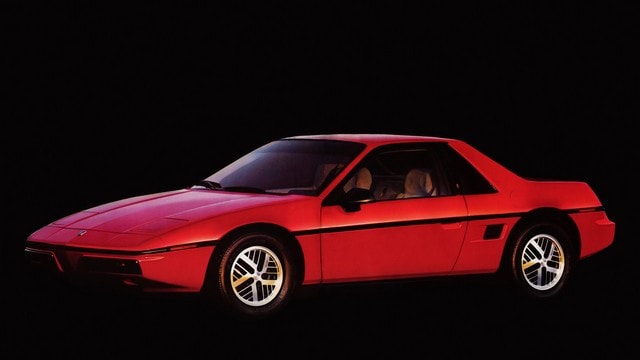 The Pontiac Fiero was the most advanced American production model according to the standards of the day. The customers were hyped by the appearance of the Fiero with its cool and modern design. And thanks to the advanced technology, the initial response was more than good.

It was a bold move for Pontiac to introduce such a compact, rear-wheel-drive car with the engine behind the driver. But then they paired it up with a five-speed manual transaxle gearbox. However, one of the Fiero’s main problems was that it was underpowered. With just 93 HP and a 0 to 60 mph time of over 10 seconds, it was painfully slow. 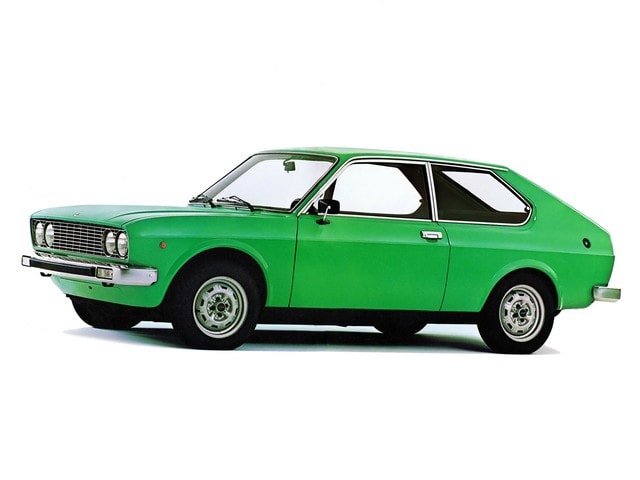 Based on the economy family sedan called the Fiat 128, the Coupe and 3P for Tre Porte or three door models, presented a sporty alternative. Debuting in 1971, the 128 Coupe and 3P featured a front-wheel-drive and four-cylinder engines.

Sadly, despite the cool, almost muscle car looks, the 128 Coupe and 3P weren’t exactly fast. The reason was the engine choices. Buyers could choose between 1.1 or 1.3-liter units that delivered just 60 and 67 HP. And that is why most owners installed more powerful engines. 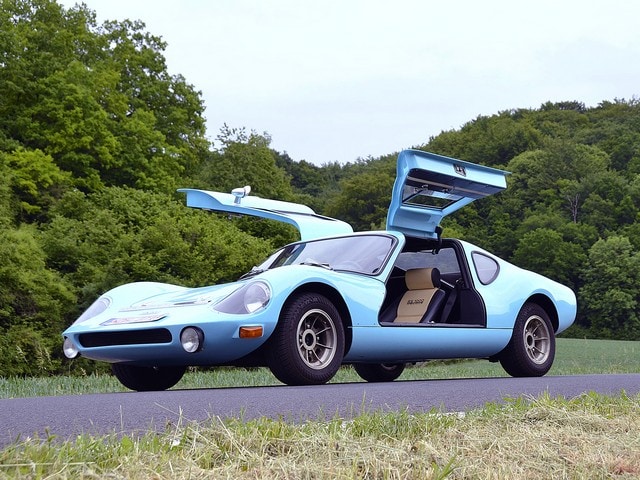 As you probably know, the sports car market in communist countries was extremely limited. Apart from the Skoda 110 R, there were no sports cars available. However, in East Germany, automotive engineer Heinz Melkus designed a capable and interesting sports coupe. And soon, he convinced the Wartburg factory to produce a limited number of cars.

Using the Wartburg 353 as a basis, Melkus designed and fabricated an independent front and rear suspension. He added roll-bars and a close ratio five-speed gearbox, too. Then they tuned the 992 ccm engine to produce 68 HP. They mounted it behind the driver, sending its power to the rear wheels, instead of the front like the standard Wartburg 353. It looked cool but with only 68 HP, it was disappointing. 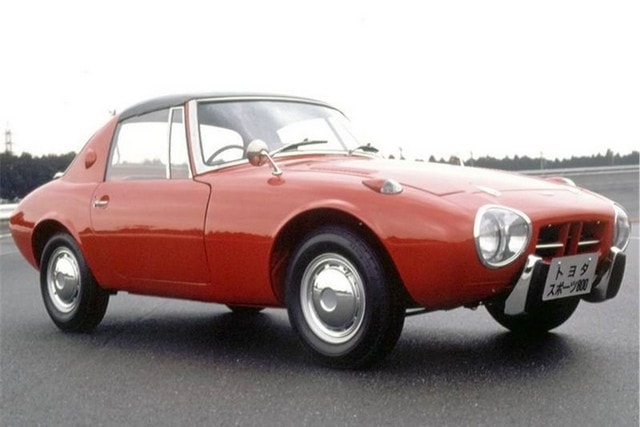 This was the first Toyota sports car they presented to the public back in 1962. In those days Toyota was a small, unknown company. So it is not strange that they limited their sales to the Asian markets only. It had a diminutive 800 ccm engine producing just 45 HP.

However, despite the extremely modest displacement and power, the Sports 800 had some performance credentials because it was extremely light and agile. However, by today’s standards, the 800’s dynamics were ridiculous. They ceased production in 1969 after building just over 3,100 of them. 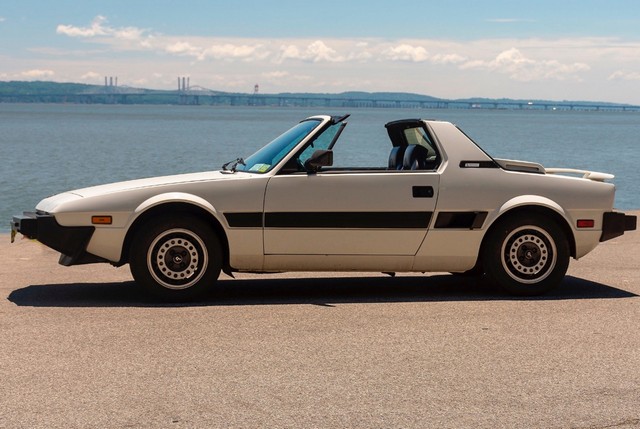 Behind this strange name lies one of the most interesting, affordable sports cars of the ’70s. Fiat presented the X 1/9 in 1972 as a small two-seater with a T-Top. Also, it came with a mid-mounted engine and two trunks, one in the front and one in the back. Just think of it as a Porsche Boxster, just 20 years older.

Despite its fantastic looks and technical layout, the X 1/9 was underpowered. In fact, it got just around 60 HP from its small 1.3-liter four-cylinder engine. And because the performance was not impressive, most owners decided to add bigger engines.

These are 20 of the slowest and most disappointing sports cars in history. Hopefully, you have never had to deal with any of these duds. For those who did, it must have been a frustrating experience.