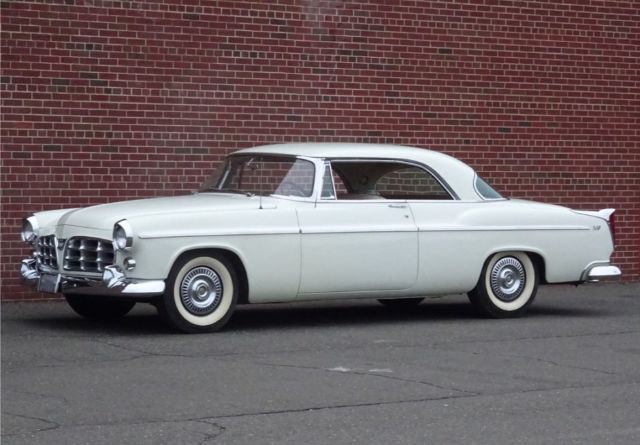 The fastest and most powerful American production model for 1955 and the car that shook the car scene was the mighty Chrysler C-300. This was the start of a 10-year production run of Chrysler’s famous “Letter cars.” They were a series of exclusive, fast and expensive coupes and convertibles with maximum power, comfort and luxury.

But the first car in that glorious lineup was the â€˜55 C-300, which was the early definition of a factory hot rod. The car got its name for the 331 V8 Hemi engine, which they equipped with 8.5:1 compression, race camshaft and twin four-barrel carburetors. And it produced 300 HP, which was a magical figure for the mid-50s. 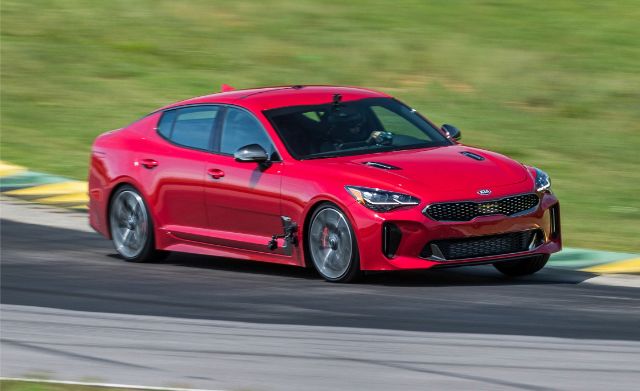 One of the biggest surprises for 2018 is the new Kia Stinger. Most car enthusiasts are already crazy about it. You probably wonder how it is even possible for a boring brand like Kia to generate such hype. Well, it looks like the Korean brand has introduced a genuinely good looking, fast, powerful and affordable sports sedan.

Basically, Kia has made the perfect BMW, since BMW has moved on to more luxurious, heavier and much more expensive models. The Stinger has either rear-wheel drive or the optional all-wheel drive, which is new for Kia’s non-SUV models. Under the hood, there is a choice of two engines. You get the turbocharged four-cylinder that will deliver 255 HP or the twin turbo V6 to pump out 365 HP. 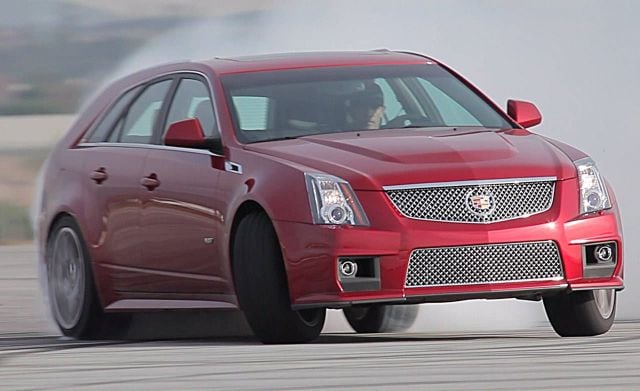 For years, Cadillac was without a proper performance series to compete with BMW or Mercedes but finally, the V-Series was born. It was all that Cadillac lovers dreamed of with its powerful engines, world-class handling and suspension setups and exclusive production. Arguably the most successful was the second-generation CTS-V model they produced between 2008 and 2014.

Under the hood was a supercharged 6.2-liter V8 with 556 HP, making the CTS-V the most powerful performance sedan on the market. Cadillac produced three body styles. So, you could get the CTS-V as a sedan, a coupe, and interestingly, as a wagon, too.

The rarest of the three, the CTS-V Wagon shared all mechanic components with the rest of the V-Series models. However, the wagon body style was something Cadillac buyers didn’t expect. The car was still a blast to drive and extremely fast, it was just that most customers turned to sedans or coupes. Some buyers weren’t even aware the wagon existed. 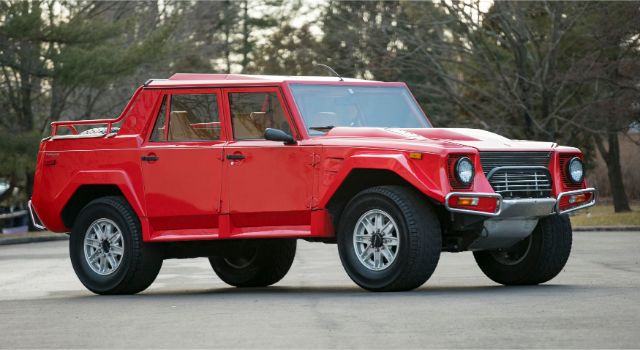 To be honest, the LM002 is somewhere between a truck and an SUV since it has four doors and a truck bed behind it. This crazy creation debuted in the mid-80s as Lamborghini’s attempt to enter the world of luxury SUVs to widen its appeal. The LM002 used a special chassis and suspension and Lamborghini’s famous V12 engine.

The 5.2-liter unit producing 400 HP was the same as in the legendary Countach. For those buyers who thought that 400 HP was not enough, the factory could supply the LM002 with the 7.3-liter monster V12 engine from a racing boat. 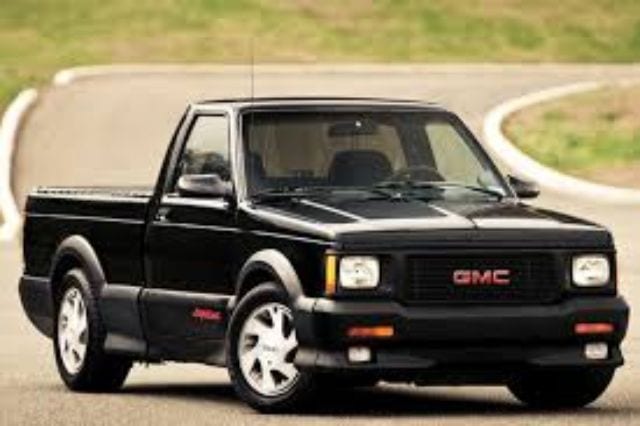 No one knows who came up with the idea to take a plebian Chevrolet S10 compact truck and turn it into a Ferrari-killer. GM took an ordinary S10 body shell and installed a 4.3-liter V6 with a turbocharger good for 280 HP. They added a special four-speed automatic they sourced from a Corvette and a performance biased all-wheel drive.

Although the power figures don’t sound like much these days, the Syclone was able to sprint to 60 mph in just 5.3 seconds, making it faster than most contemporary Ferraris. The key was the lower weight, small dimensions and lots of torque from that turbocharged engine. 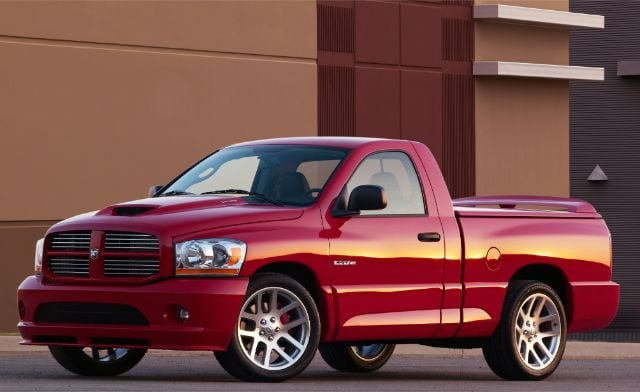 Between 2004 and 2006, the Dodge Ram SRT-10 was one of the craziest, most powerful and fastest pickups they ever produced. That itself is a hard thing to say since Dodge always had wild special versions of their trucks. But, just look at the specs. The 8.2-liter V10 engine came with over 500 HP, a 0 to 60 time of fewer than five seconds and a fuel economy in single digits.

They topped it all off with a crazy bright red or yellow paint job and two white racing stripes. And with its big, shiny chrome wheels, you’ll get the idea what the SRT-10 was all about. It was something you couldn’t miss if you saw it on the street. Of course, with a price tag of over $45,000, the SRT-10 wasn’t exactly a sales hit. However, they produced a decent number of them in the three-year production run. 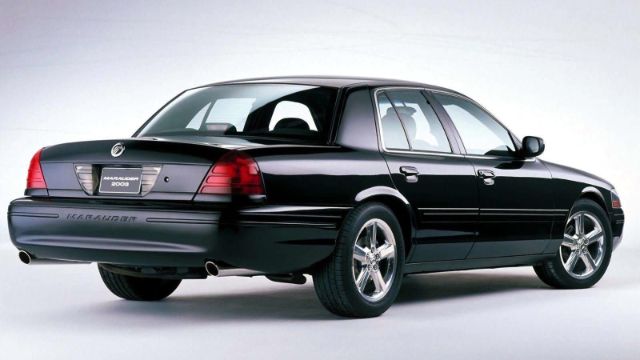 Despite the fact they never intended Grand Marquis to be a performance car, Mercury decided to turn it into one. And they did that by installing a highly tuned 4.6-liter V8 with 302 HP, and a revised suspension, gearbox, and brakes. All those changes turned this sleepy and comfy sedan into a sharp muscle car.

The black paint, one of three colors available, gave the Marauder menacing looks and aggressive stance, clearly differentiating it from more sedate cousins. The performance was good for a big, heavy sedan with 0 to 60 mph time in around seven seconds. 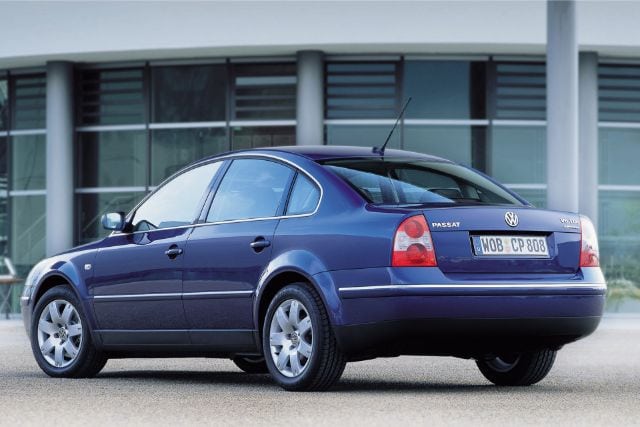 With the restyling of the then-current B5 generation of the mid-size sedan, Volkswagen introduced a special edition with top of the line technology. It had an advanced 4.0-liter W8 gasoline engine and a four-motion all-wheel-drive system. Also, customers got a selection of manual and automatic transmissions.

The result was a perfect sleeper performance car in an unassuming Passat body. The compact, yet powerful W8 engine delivered 270 HP and 270 lb-ft of torque. This was enough to propel the somewhat heavy Passat to just over six seconds 0 to 60 mph times. 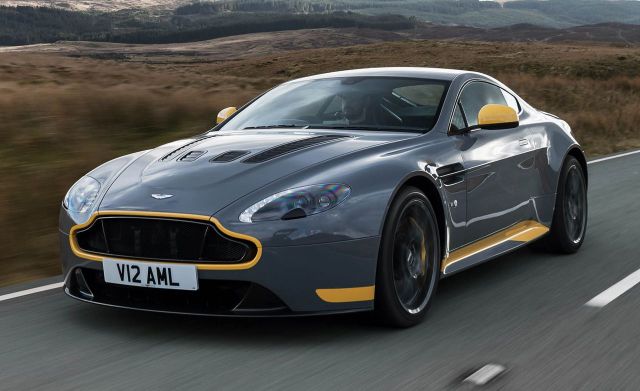 Back in the early 2000s, Aston Martin introduced the Vantage, an entry-level model with a V8 engine to compete with Porsche 911. Wearing the signature Aston design, a great looking interior and more than enough power from its 4.3-liter V8, the Vantage proved to be popular. It was high in demand, especially considering that Aston Martin was, and still is, a limited-production manufacturer.

The success of the Vantage inspired the engineers to think further. They wondered if they could take the regular V8 Vantage and install the mighty V12 engine from the top of the line DBS model. There was only one way to find out and soon, many prototypes roamed around Aston’s headquarters. The engineers were surprised how good the new car turned out to be.

The V12 engine with 510 HP transformed the nature of this compact sports car and turned it into a British muscle car with fantastic road manners. The acceleration was brutal, as well as the top speed. Also, the big V12 didn’t affect the weight distribution or balance. In an era of robotized automatic transmissions, V12 Vantage was offered with a six and later a seven-speed manual, which proved to be the enthusiast’s choice.

These are the 20 best factory hot rods out there. Did you find your favorite? If not, don’t worry – they are busy making more.