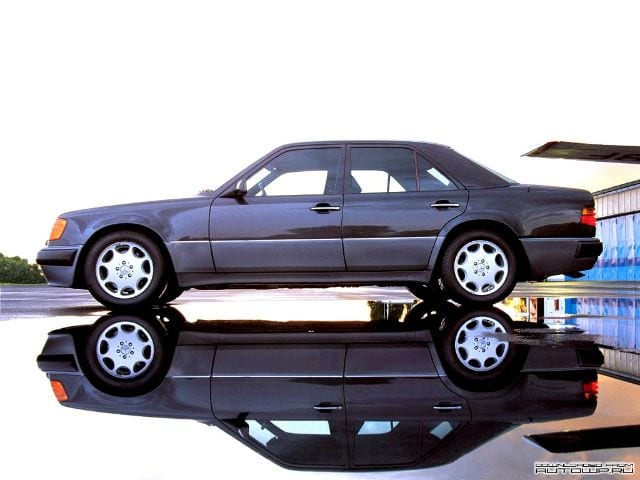 Back in the early `90s, Mercedes produced the successful but docile W124 E-Class. The elegant sedan was famous for its comfort and refinement, rather than its performance and speed. However, a team of crazy German engineers was soon to change that. So, in 1991, they presented the mighty 500E, a high-performance version of their main sedan.

It featured a different drivetrain, suspension, brakes and engine. In fact, the 500E was so demanding to produce, Mercedes asked Porsche to assemble the car. The main feature of the 500E was the 5.0-liter V8 engine that produced 326 HP. That may not be an impressive number by today’s standards, but it was a crazy figure for the early â€˜90s, especially in a formal sedan.

The 500 E could accelerate from 0 to 60 mph in just six seconds, which was almost as fast as a Ferrari 348. But the best thing was the design. The 500 E looked identical to a regular W124 Sedan. It was only when you looked carefully that you could notice the bigger wheel arches and brakes.

Nothing else revealed there was a monster under the hood. Also, Mercedes offered badge delete as a no-cost option for its customers. And, if you chose the black or silver color, you got a stealth sedan that eats Corvettes for breakfast.