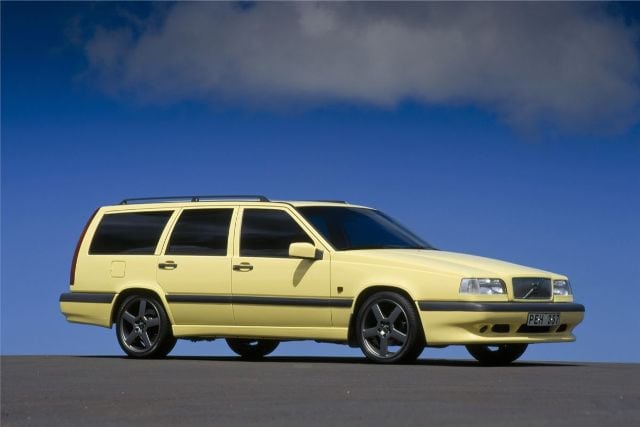 Is there anything more boring in the automotive world than a boxy, old Volvo station wagon? Probably not. The typical suburban mom car from the â€˜90s had loads of space for the kids and their stuff. However, it was slow but dependable and dead boring to drive.

You can say all that for a regular Volvo 850 Wagon, but the R version they introduced in 1996 is something completely different. After the success of the T5 version of the 850 series featuring a turbocharged engine, Volvo decided to go a step further. So, they introduced an all-out sleeper machine in the form of the 850 R.

Under the hood, the 2.3-liter five-cylinder engine featured a bigger turbo and a different intake system. And thanks to its updated electronics, it pumped out a respectable 250 HP. Despite retaining its front wheel drive, the Volvo 850 R Wagon still had good acceleration times of 6.5 seconds to 60 mph. Also, it could hit a top speed of almost 160 mph.

For the mid-90s this was a sports car territory. So, you can bet there were lots of confused Porsche owners when those boring Volvo wagons passed them on the highway.